A MONTH HAS PASSED since U.S. President Barack Obama held a press conference on February 23, 2016 to announce the plan for the “once and for all” closure of the Guantánamo Bay prison as a means of “closing a chapter in our history.” That “Plan for Closing the Guantanamo Bay Detention Facility” was submitted to Congress by the Department of Defense seven years after President Obama signed the executive order (on January 22, 2009) that set the mandate “promptly to close detention facilities at Guántanamo.” It is not just that this closure is behind schedule: the closure itself cannot come to a close.

Under the heading of “closing,” the plan lays out neither an end to indefinite detention nor a check on growing mass incarceration but, rather, a technique of transfer for the remaining 91 detainees. That closure cannot come to a close but must take the shape of transfer is not exceptional; it is integral to the state of exception that is the ongoing war on terror. Transfer, far from a problem with this particular closure plan, is a tactic of the broader closure problem that is the carceral state. To transfer is to extend the temporal illogics of indefinite detention across an undefined and spreading global geography. It is to produce state power by a transferential expansion that is precisely without end in a death-world driven by a psychosocial economy of violent foreclosure.

Whether Guantánamo closes or not in this extension of endless war, we inhabit a terror-zone in which the making of the death-worlds of the living dead ostensibly “over there” (in the occupied territories and extra-legal limbo zones of the “black sites” referring to unseen incarceration) are also “right here” as the limits not just on right but also on the sensible. What electrifies, what makes palpable the disavowed filaments of connection between the death-worlds ostensibly far away, in the floating Guantánamo that cannot come to a close and those of mass incarceration right where we are?

Consider U.S. artist Laurie Anderson’s installation Habeas Corpus (October 2-4, 2015) that cast a projection of former detainee Mohammed el Gharani from an undisclosed location in West Africa into the interior of the Park Avenue Armory in New York City. It cast his live-feed image onto a colossal white plaster rendering of a seated figure in an uncanny and virtual reversal of the Lincoln Memorial, in which the imprisoned takes the grand seat, white turns to black, and the history of slavery returns as the present condition of the carceral. The projection and magnification trick of the single and massive beamed-in figure converts the over-there into the unavoidably here. But the device of the story-telling projection also, at the same time, points to the limits of the monumental and sovereign figure of the solitary and surviving witness against the weight of the foreclosure of loss and vulnerability.

Reckoning with the death-worlds in which we lose ourselves demands a recognition of the contaminated mixtures of affect and the development of a capacity for an improper geometry, one committed to drawing lines that connect the non-reciprocal and the incommensurable. That closure must be held out as a promise, endlessly deferred in time and ceaselessly extended spatially, is fundamental to the fantasy logics of detainment that extend the prison as if it were the psychic space of fortified resolution. The expanding prison of indefinite detention does not close the wounds of injury and loss by incarcerating those who are made to figure their infliction. Rather, indefinite and expanding detention functions as a technology of violent foreclosure— a means of expelling even the possibility of the mortal facts of vulnerability by the violent transfer of the inevitable wounds and losses to come onto those detainees who are made to flesh them out for us. The closure that continues to enclose without ever closing is the fossil fuel that powers what is condensed by the promise of the carceral state of foreclosure that is our current condition: that the infinitely extensible detention camp-prison could once and for all close on the materialization of a fantasy of security as an impossible invulnerability. This closure that cannot close but, rather, resorts to transfers as a means of deferral and extension produces death-worlds in which vulnerability and loss cannot be acknowledged or even registered as such because they have been foreclosed in the push to get over and get past.

Latin for “you shall have the body,” habeas corpus promises recourse against unlawful imprisonment by the action of a writ that is to deliver a chance for appearance before the law. In a letter from June 12, 1863, then president Abraham Lincoln defended the executive action to suspend habeas corpus with a biopolitical diagram of the state as a body that must be treated by extreme measures to restore it to the norm of presumptive health: “Nor am I able to appreciate the danger …that the American people will …lose the right of public discussion, the liberty of speech and the Press, the law of evidence, trial by jury, and habeas corpus … any more than I am able to believe that a man could contract so strong an appetite for emetics during temporary illness as to persist in feeding upon them during the remainder of his healthful life.”

This Civil War past of a slavery that is not at all over returns in this moment of police killings and mass incarceration as the crisis ordinary of chronic war where an “appetite for emetics” fuels the addictive security fantasy of the state as a delimited body from which indefinite dangers to public safety can be vomited out. Gut fear and insatiable appetite for emetics—from water-board flushings and forced feedings to the interminable terminal of the inside-out of the vomitoria of forced confinement—can never be completely expelled as that fear and appetite are also ours. The transverse action of gnawing terror does not just return but also grows with and by the force of the viscous vulnerability recast as threat from the outside-in that it attempts to expurgate. The state of foreclosure puts us in a situation of living death without end. It is a situation of death-in-life that demands a modality of not transversal grief but of transversal vulnerability as an uneasy practice of care for what cannot be foreclosed.

Jill H. Casid is Professor of Visual Studies at the University of Wisconsin-Madison. Her most recent book is "Scenes of Projection: Recasting the Enlightenment Subject" (Minneapolis: University of Minnesota Press, 2015). 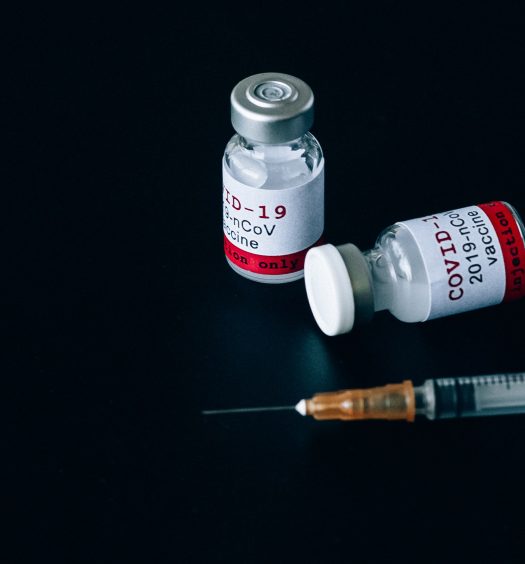