Whenever I endure injustice, I find relief in reading Giordano Bruno. His wrathful attitude makes him an excellent companion in anger, while his unfortunate example – he burned at the stake rather than abjure his ideas – always pushes me to greater diplomacy. The historian Michele Ciliberto describes the philosopher as a man of great stubbornness with a pathological taste for controversy, tempered by a desperate courage, or, rather, an eroico furore, a heroic fury. This put Bruno in the position of literally “dying for his ideas,” to use the words of the philosopher Costica Bradatan[i]. It’s a pity that the Church – one of the few actors to show themselves more stubborn than Bruno – has never admitted that setting fire to the man was a mistake, because Bruno would be a good patron saint for freedom of thought.

He wouldn’t have approved of me: to defend his philosophy, Bruno ended up first in jail and then at the stake, while I prefer to minimize damage in the face of defeat. Bruno was as famous for his inability to pick his battles wisely or to restrain himself as he was for starting fights to begin with.

“… to prove his value and superiority, he decided to attack one of the leading professors of the University of Geneva, Antoine de La Faye. This was his usual way of acting: he did the same in 1583 at Oxford, when he decided to challenge one of the most authoritative exponents of the Athenae Oxonienses, John Underhill. Using – indeed, taking advantage of – the contacts he had established with the Geneva printers, he printed a pamphlet with ‘twenty errors’ he had found in just one of La Faye’s lectures. To become famous, Bruno chose both the simpler and more complicated way: challenging one of Geneva’s foremost citizens, in order to show everyone what he was made of.”[ii]

In both cases he was ruinously defeated and ridiculed, as well as accused of plagiarism. To some extent, this is a matter of personality. I know people who, like Bruno, cannot tolerate an injustice without reacting, even if it is to their detriment. I like this trait, even if it’s frequently counterproductive; I think that if we had more people like them, the world would be better for it. It is a pity that the survival of these heroes is at risk! They are not only people with an angry temperament. They are endowed with an eroico furore that fuses ethics and life: they believe in the rightness of their thinking to the point of putting their own body on the line.

Bruno, for example, believed so much that Christ was just a human being who had been made into the focus of a superstitious cult, that he blasphemed even in prison (“potta di Christo, puttana di Dio, Christo can becco”[iii] [these are curses on God, but I save my readers’ sensibilities by leaving them untranslated]). All this was uttered in front of his bewildered cell mates, who did not hesitate to count the times when he made “le fiche al cielo”, an ancient Italian gesture meaning fuck you, and then reported it to the inquisitors. And he believed so greatly in his “colossal opinions”, as they were defined, that after the initial attempts to save him from the stake failed, he preferred to “remain obstinate” and accept the death sentence.

I have neither such courage nor such strength in my convictions. I trust in the absurd, so there is nothing I cannot believe or abjure, absurdity included. Bruno, however, teaches me that ideas are not harmless ghosts, but projections of praxis and powers that often cannot coexist with those of others. “‘It is in the fruits that one truly sees the plant’: this was for Bruno the criterion with which one must examine philosophies, laws and religions, taking as a touchstone the ability that they have to produce positive results for the ‘human school’”. If the good of the effect depends on the judgment of those who produce it, clashes are inevitable, because philosophies are not hobbies, but plans for action. The “radical – and insuperable – disproportion of the infinite in respect to the finite, on all planes”[iv] characterizes Bruno’s thought according to Ciliberto. This is not a valid reason to burn him alive, yet, according to some, such a reading of the world has no place in it.

The desire to listen to your own voice alone is the worst among the many reasons why others are silenced, especially in philosophy. Foucault suggested that we have eliminated torture in favor of prisons to replace a show of punishment with invisible control; similarly, we have replaced burning with the more elegant – and effective – silence of the condemned. Be that as it may, the arrogance of power, which somehow always manages to prevail and defeat you, remains. Abuse happens mostly in the shadows, but, sometimes, when safety from reprisal is certain, those who hold power reveal themselves, to bask in the glory of the spectacle of their own unpunished arrogance.

In Giordano Bruno, philosophy and politics are often combined, but it always seems like he wants to give voice to the former through the latter, never the other way around. Unfortunately, his irascible, ambitious and intransigent character made things very difficult for him from a political standpoint. In addition, he always had a certain diplomatic awkwardness, as when he had the brilliant idea of writing that women without offspring “should be considered more useless than a poisonous mushroom”[v] in a text dedicated to the virgin Queen Elizabeth of England.

One of the traits I love most about this philosopher is that, knowing that he would probably be misunderstood, he still turned to anyone who could understand him, and not just scholars. Ciliberto writes,

“He therefore completely rejected the idea of abstract knowledge without practical effects; he wanted to identify “precepts that are extremely useful for all the functions of the soul”; he addressed his work to all human beings, without any distinction of sex, class, caste, function, public and private, political or religious roles.”[vi]

“… there was a direct link between his defense of translations and his choice of the vernacular; in both cases, it was a matter of working on a new “springtime” of knowledge and civilization, breaking the barriers of the old academies and the old philosophical, civil and religious centers of power. This is precisely the objective that Bruno developed in the London dialogues, translating the “new philosophy” into a “new” language for “new” interlocutors.”[vii]

Unfortunately, these new interlocutors arrived late, as is often the case with the most perceptive thinkers. Yet, the philosopher, though he had always sung his theses on a higher note than he should have, was never certain of being right. As he himself wrote in De umbris, “it is already quite an achievement to hold through the veil of shadow what you could never grasp in its naked essence”[viii]. As Ciliberto writes, Bruno knew that truth “is a kind of apocalypse, a revelation that is realized through a vision; it is realized, then, in the ‘monad that is nature’, not in the ‘monad that is divinity’; last, but not least -, the vision of truth is never definitive, acquired once and for all: it is given, and it is fulfilled, in an instant that is, simultaneously, of illumination and concealment”[ix]. The philosopher’s haughtiness, therefore, seems rather due to a well-founded fear of not being heard.

To look at Bruno’s tragic end as an event of the past, due to the barbarities of the Inquisition, would be a mistake – the same one highlighted by the aforementioned Foucault in Discipline and Punish, when he shatters the illusion of a possible transformation of punishment by humanitarian interventions. Again, the means may have changed, but the end has not: the stake has become a complex network of power relationships that muffle the most daring voices until they adapt in some way. It may be a filter of the market, which rarely allows for the emergence of complexities that are not in line with current thinking or that do not employ controversy, scandal, and “social score” as a marketing tool. Or, it may be the filter of certain old elites, who, like bored gods, ignore you if you don’t speak for them and block you when your authentic voice could be heard. On the one hand, you have attained freedom of speech, but, on the other hand, you can only ever play the same tune.

Luckily, it is not always like that – it never has been like that –, but those who look at Bruno as an unfortunate philosopher who would not have lived quite so tragically in the contemporary world are wrong. It is often difficult to tell whether one is unheard because of injustice or because of a lack of talent, and so Bruno’s oscillation between discouragement and a mad confidence in his own abilities is understandable. Telling themselves they’re misunderstood is the false consolation of many untalented people, while statistics suggest that more people are incompetent than misunderstood. And if it is certain that the mediocre almost never break through the wall of history, those who really have something to say often manage to do so, even if it is sometimes to an audience they will never know. Silence, as Giordano Bruno teaches, can be broken, but to do so one must still be willing to dive into the flames, with eroico furore.

[i] Bradatan, Costica, Dying for Ideas The Dangerous Lives of the Philosophers,  Bloomsbury Academic, London, 2015

Francesco D'Isa (Florence, Italy, 1980), trained as a philosopher and visual artist. After his graphic novel "I." (Nottetempo, 2011), he has published novels such as "Anna" (effequ 2014), "Ultimo piano" (Imprimatur 2015), "La Stanza di Therese" (Tunué, 2017) and essays for Hoepli and Newton Compton. Publishing director of L'Indiscreto, he writes and draws for various magazines and his works have been exhibited in art galleries in Italy and abroad: www.gizart.com 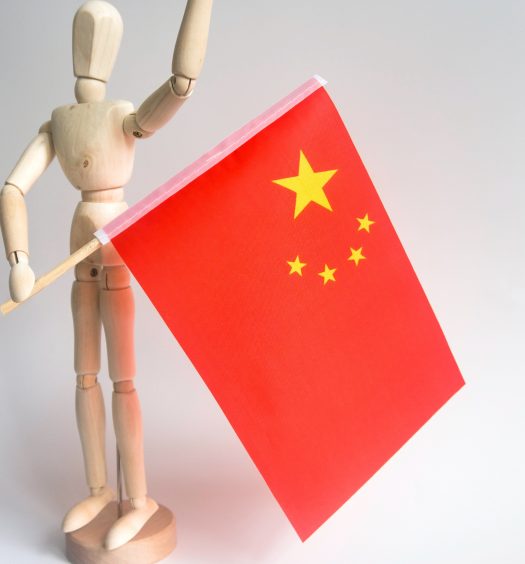 Beyond a Neoconservative Communism

Read More
Beyond a Neoconservative Communism