Is the Anthropocene Upon Us?

By Patrícia Vieira  •  5 years ago

Is the Anthropocene Upon Us?

We are in a new geological age, denoted by human beings’ impact on the earth. Does framing our present in this way demonstrate fatalist acceptance or mark us with remarkable hubris?

But is all this talk of the Anthropocene much ado about nothing? As far as science goes, we will have to wait and see. The recent history of the term goes back to atmospheric chemist and Nobel Prize winner Paul Crutzen, who co-wrote an article with Eugene Stoermer in 2000 arguing that, due to our extensive impact on the planet, the current geological period should be called the “Anthropocene,” the age of humans.

Curzen and Stoermer’s idea caught on to the extent that the International Commission on Stratigraphy (ICS) has formed an Anthropocene Working Group. On the table is the possibility that the Holocene, the geological epoch that started at the close of the last ice age approximately 11,700 years ago, has given way to the Anthropocene. There is debate as to when the new period is supposed to have begun: some argue for the expansion of agriculture some 5,000 years ago as a starting date, others for the arrival of Europeans on the American continent, others for the onset of the Industrial Revolution in the 18th century, and others still for the inauguration of the atomic age in 1945. The Group will present its initial recommendations in 2016, after which any proposal needs to be approved by the ICS and the International Union of Geological Sciences. It will probably still be a while before we know for sure whether we are really living in the Anthropocene.

Ponderous as any verdict on geological time necessarily is, the scientific decision to call ours the age of the Anthropocene does not seal the fate of the term. Even if this designation is, in the end, rejected by the ICS, the expression will most likely continue to be used informally not only in academia but also in the media. It looks like the Anthropocene is here to stay, whether stratigraphers like it or not. But should the rest of us laypeople rejoice in our ingress into this brand new geological era?

At first glance, we seem to have little choice but to accept that the Anthropocene is upon us. Global warming and the impending disappearance of several island-nations, the rampant pollution of the atmosphere that leaves cities like Beijing or Paris in the dark when smog is at its worst, the contamination of waterways by noxious chemicals poisoning all organisms around them, the acidification of the oceans and the concomitant death of marine life, and the staggering rate of species extinction in the last few decades are but a few of the most conspicuous side-effects of humanity’s activities on earth. We know of no precedent to such a human-driven hecatomb.

The term Anthropocene brings the disaster-zone that much of our planet has become into a much-needed sharper focus. The shock-effect of realizing that human beings are altering the geological make-up of the earth may jolt the general public out of its habitual complacency. It could serve as a wake-up call to those of us who, while abstractly concerned with environmental issues, are primarily focused on our energy-wasteful, fossil-fuel-driven everyday lives.

“Anthropocene” thus has a performative function: its strategic usefulness as a rallying-point for the environmental movement and as a call to action for politicians and regular citizens goes beyond strictly scientific concerns. It is a battle cry for environmental justice, not only for humans but also for all non-human living beings, who are paying the price for our folly.

Still, deep-seated tensions lurk under the blanket-term “Anthropocene.” For one, placing the blame on “anthropos,” on humans as a species, hides profound asymmetries in the history and geopolitics of homo sapiens. A fisherman living off his catch on a Mozambican island or a subsistence farmer in Sri Lanka are certainly not as guilty of ushering humankind into the Anthropocene as the average American or European. What is more, the world’s poor, deprived of many of the material comforts achieved at nature’s expense, lack the means to mitigate the effects of global warming and pollution, therefore bearing the brunt of these scourges.

But the most serious problem with the Anthropocene is that it reaffirms humankind’s hubris. By singling ourselves out as the one mover and shaker who determines the fate of the entire planet, are we not falling into the fallacy of human exceptionalism that brought us to our current predicament in the first place? Is there not a certain perverse pride in our quasi-divine ability to shape the earth? In other words, is the use of the term Anthropocene, to a certain extent, not a case of relishing our power, even if it can cause us some misfortunes? After all—so some arguments go—if we are smart enough to almost destroy the planet, we will also be sufficiently clever to save it.

Resigning to the Status Quo

The other side of this hubris-laden defiance is the fatalism that sometimes accompanies the thought of the Anthropocene. Perhaps, some say, our impact on the world is already too significant to be reversed. And maybe humans cannot do otherwise but bring destruction upon ourselves and other inhabitants of the earth. By using this expression, are we not resigning to the status quo and accepting that there is nothing each of us can do against such a powerful geological force as the entire human species?

Whether we strategically adopt the term Anthropocene or shun it for endorsing the very larger-than-life view of humanity at the root of the environmental crisis, we would do well to soberly ponder upon our short life on the planet. The earth thrived without us for millions of years and there is no reason to believe that it will not continue to do so once we are gone. Is the Anthropocene the legacy we wish to leave behind? Do we really want to live in a human-crafted geological era? Perhaps, instead of dwelling on thoughts of the Anthropocene, we should strive to leave it behind, once and for all.

Patrícia Vieira is Associate Professor at Georgetown University and Associate Research Professor at the Center for Social Studies of the University of Coimbra. Her most recent book is "States of Grace: Utopia in Brazilian Culture" (SUNY UP, 2018). For more information: www.patriciavieira.net

Liberal Politics and the Challenge of White Supremacy: Anti-anti-Eurocentri...

Read More
Liberal Politics and the Challenge of White Supremacy: Anti-anti-Eurocentrism and the Question of Identity Politics 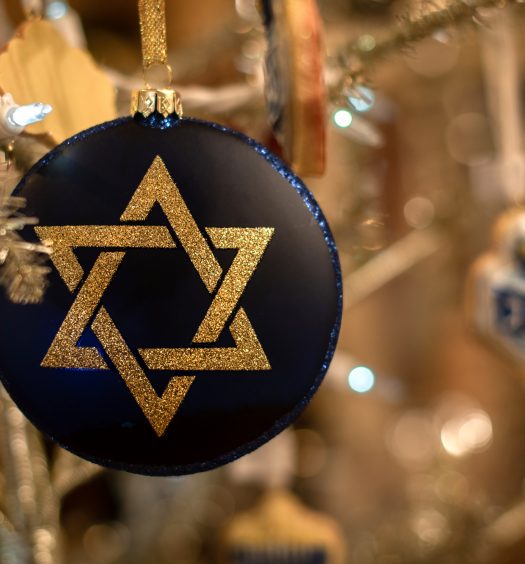