Post-Truth or: Why Nietzsche is not Responsible for Donald Trump

Post-Truth or: Why Nietzsche is not Responsible for Donald Trump

This is a True Story

The acclaimed TV series Fargo starts off exactly in the same way as the movie of the same name in 1996. Just as the cult film by the Coen brothers, the tv drama whose first season was aired in 2014 displays the warning “This is a true story”. Before the crime anthology starts, on the backdrop of the deserted, snowy landscapes of a wintery Midwest, the following words are to be read: “The events depicted in this film took place in Minnesota in 1987. At the request of the survivors, the names have been changed. Out of respect for the dead, the rest has been told exactly as it occurred”. Much of the aura around the Fargo series has to do with this sense of authenticity, and the piecemeal reconstruction of the macabre events set in this landscape of claustrophobic emptiness of the Upper Plains. At the same time, a quasi-religious attitude of reverence and recollection is implicitly required of the beholder, out of “respect for the dead”.

Yet, as some journalists found out, the grisly murders depicted in Fargo never took place. Though if one had read the credits carefully, the tiny-print disclaimer already confessed that the crime thriller is a complete work of fiction. The Fargo case is telling as it foreshadowed a development which ultimately led the Oxford dictionaries to declare ‘post-truth’ to be the word of the year 2016. In a regime of post-truth, truth no longer no matters, as its opponents bemoan, and delusional narratives can proliferate in rank growth.

However, maybe a more precise description, rather than post-truth, would be that of ‘alternative truth’. Since the point is not so much to get rid of the claim of truth altogether, but rather to reshape the possibilities of accounting for it and give it the place it deserves. As The Economist put it in an editorial in September 2016: “Truth is not falsified, or contested, but of secondary importance.” Unlike many Hollywood dramas, Fargo (both the movie and the tv series) does not draw on the customary announcement “Based on a true story”; rather, it claims to be a true story (“This is a true story”). Eventually, the filmmakers responded to the accusations of taking liberties with the truth, since their storyboard was at best inspired by remotely resembling murder cases that the directors had freely recombined. As Ethan Coen explains, apologetically: “We wanted to make a movie just in the genre of a true story movie. You don’t have to have a true story to make a true story movie.” Has truth become the question of a specific genre, a strategy of playacting ? What does truth look like, and how to produce something that is made in its image and likeness?

Filmic fiction is an exemplary laboratory, as it were, which allows to observe transformations that are occurring more broadly on a societal level. The question of truth has primarily resurfaced as a central controversial topic in political issues.  It is Vladimir Putin, all the while his soldiers were marching into the Crimean Peninsula, who impassively went on TV claiming that no single Russian soldier was present on the Ukrainian territory, it is the UKIP pro-Brexit camp spreading the voice that the UK is unidirectionally sending £350m per week to Brussels which it never sees again, it is Donald Trump asserting that he had seen thousands of Muslims in New Jersey rejoicing because of the collapsing Twin Towers or his adviser Kellyane Conway talking about the “massacres of Bowling Green” which never took place. The circumstantial detail that these statements turned out to be blatantly false seems not to have been detrimental in any serious way to their authors, and this bespeaks a sea-change in the general mindset. A position often heard today, among intellectuals, is that the broad acceptance for figures like Donald Trump has been steadily prepared by postmodernism, and its merry relativistic games of empty signifiers. Philosophers such as Daniel Dennett, Peter Pomerantsev or Maurizio Ferraris have linked back the alleged triumph of relativism today to Nietzsche’s ideas of perspectivism, which, at least indirectly, cleared the ground for Trumpism.

In Defense of Perspectivism

The early Nietzsche indeed seems to suggest a kind of general relativism – truth as a ”mobile army of metaphors” – which can only be overcome by a sort of artist’s metaphysics. But as more accurate reading shows, Nietzsche has evolved on the matter, and perspectivism comes to mean a rather different thing over time. The often-quoted passages from the early work should be contrasted, for example, with these from the Antichrist, where Nietzsche praises the art of “being able to read off a fact without falsifying it by interpretation, without losing caution, patience, subtlety in the desire for understanding.”

It is time to revise the myth according to which Nietzsche would be some sort of prophet of an unrestricted ‘anything goes’. On the contrary, Nietzsche rather stigmatizes those who believe that once the knowability of the thing in itself has become questionable, we are left with the jolly dance of whirling appearances alone. As it happens, affirming the rise of mere appearances, of a society of pure spectacle, is to remain caught in metaphysical dualisms. Nietzsche openly scolds the naïve – and comfortable – perspectivism which affirms that each and everyone has different perspectives, since this seemingly liberal coexistence will then ultimately lead to the most questionable unification, the fusion of horizons in an arbitrary and coercive “fixed conventions” (fixe Conventionen), which Nietzsche links back to Hobbes’ Leviathan. An ambitious perspectivism aims at a different conception of truth, which is the hardest to find. As Nietzsche writes in a letter to Fuchs, from August 26 1888, “what is ‘incorrect’ can be ascertained in innumerable cases”. It is only “what is correct” which is much harder to ascertain, and, as a matter of fact, it “almost never” happens. As he goes on explaining in the Genealogy of Morals, beyond the irenic picture devised by the liberal perspective, experiences force us to rethink our comfortable position: “precisely because we seek knowledge, let us not be ungrateful to such resolute reversals of accustomed perspective and valuations with which the spirit has, with apparent mischievousness and futility, raged against itself for so long”.

Significantly, the displacement of one’s own perspective is not just a matter of personal, subjective growth, but a first step towards objectivity “to see differently in this way for once, to want to see differently, is no small discipline and preparation of the intellect for its future “objectivity” – the latter understood not as “contemplation without interest” (which is a nonsensical absurdity), but as the ability to control one’s Pro and Con and to dispose of them, so that one knows how to employ a variety of perspectives and affective interpretations in the service of knowledge”. In other terms, the invitation to change standpoints, the pluralization of aspects, is not a betrayal of objectivity, but its precondition. Nietzsche adds: “let us be on guard against the dangerous old conceptual fiction that posited a “pure, willing, painless, timeless knowing subject”; let us guard against the snares of such contradictory concepts as “pure reason,” “absolute spirituality”, “knowledge in itself”: they always demand that we should think of an eye that is completely unthinkable, an eye turned in no particular direction, in which the active and interpreting forces, through which alone seeing becomes seeing something, are supposed to be lacking; these always demand of the eye an absurdity and a nonsense. There is only a perspective seeing, only a perspective ‘knowing’; and the more affects we allow to speak about one thing, the more eyes, different eyes, we can use to observe one thing, the more complete will our ‘concept’ of this thing, our ‘objectivity’, be.”

To cut a long story short: Perspectivism is not a relativism, but rather the condition for a more appropriate understanding of objectivity. The more perspectives we are able to draw together, the more comprehensive our objectivity will be. Perspectivity does not relativize, it realizes. At the same time, this plea for perspectivism comes with a caveat. Rather than preparing post-truth, Nietzsche warns us against relapses into naïve metaphysics, which believe they can produce a discourse about facts disregarding their own position. While objectivity requires accepting that there are infinitely more standpoints than the own we currently hold, there is also a haughty conceit in believing that we could pretend speaking from the vantage point of others. ‘We cannot look around our corner’ says Nietzsche (wir können nicht um die Ecke schauen). As he stresses, adding that “that today we are at least far way from the ridiculous immodesty of decreeing from our angle [von unserer Ecke aus] that perspectives are permitted only from this angle [von dieser Ecke aus].’ Nietzsche’s observation is more valid than ever, in those hypocritical times where in the name of alternativity and plurality, we are actually paving the way for a general closing of minds.

This article is a continuation of “Who’s Afraid of the Postfactual?” by the same author

Emmanuel Alloa is Research Leader in Philosophy at the University of St. Gallen and teaches Aesthetics at the University of Paris 8. He is the author of various book and numerous articles at the intersection of continental philosophy, aesthetics and social theory. Among his recent publications: Resistance of the Sensible World. An Introduction to Merleau-Ponty (New York: Fordham UP 2017).

4 years ago
Todd May

Disorientation at the End of Normative Limits

Read More
Disorientation at the End of Normative Limits 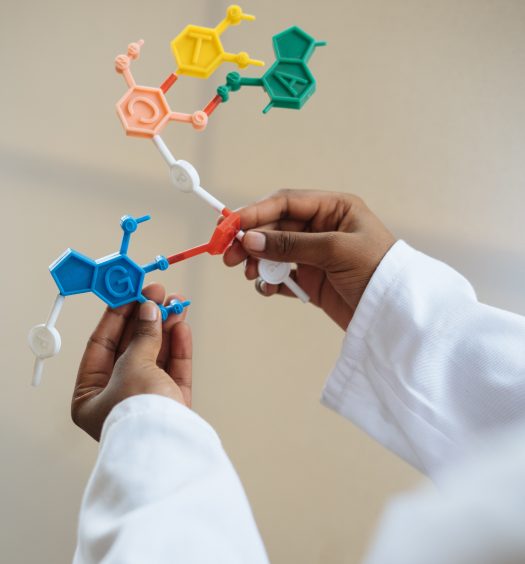