Trump is a Critic

Trump is a Critic

Almost everyone who reads this article is a critic, a sceptic perhaps even a cynic. Not sure? Are you gullible? Ideological? Blinkered? Of course not. We do not think of ourselves as believing delusions, but as reasonable and balanced at least, and probably also as insightful, penetrating thinkers.

For centuries, modern people have tended to think of themselves as critics. Free from the superstitions and traditions of the past. Free from the delusions and fashions of the crowd. Free to be ourselves, explore our desires, think, belief and act as we choose. Aside from a host of other problems with this position, the most obvious is that it tends to be pronouncedly partial; I am a critic, my friends are free-thinkers, my group has the right politics, broadly. We picture the world as though we were an embattled pantheon of critics and sceptics, surrounded by a horde of unthinking idiots.

Critique is more than doubt, though scepticism and wariness of all beliefs is the starting point. Modern critics denounce and condemn; they expose the power and money behind their opponents, like political lobbying, they suggest socialisation has forced us into certain set dogmas, or that we follow the crowd, or that widespread ideology brainwashes the unsuspecting masses; like the ‘American dream’ or the ‘socialist propaganda’. Usually the present is described as an awakening from delusion, with the possibility of a bright future, although occasionally, returning to a better past is imagined.

Donald Trump, his administration, supporters and many who voted for him criticise their world. They are sceptical of the ‘climate-change industry’. They expose existing politics as a cosy liberal establishment. They reveal tremendous injustices, American carnage. They too, like you, identify as critics, as sceptics. Possibly, some of them are pathological liars who deliberately spin such narratives, or suffer from narcissistic personality disorders. Whether genuine or an act, this is happening, and out in the heartlands of the US and now Europe, there are citizens ready to rise up against the established order, as critics, as sceptics, as rebels. Just as the cry of ‘fascist’ rings out, Marine Le Pen describes globalisation as a form of totalitarianism – her critical voice ‘reveals it for what it truly is – just like Brexiteers managed to ‘unmask’ the EU as a bureaucratic tyrant.

Parallels to dystopian literature have been much discussed, yet there is no need to go beyond Disney films. Decades of children’s films have suggested that those who follow their hearts, oppose the established order and rebel individualistically are heroes. Or as Bruno Latour pointed out, increasingly there is little difference between critics and conspiracy theorists.

Protests at Trumps Presidency have been hailed as uniting the left / democrats / liberals / critics / sceptics / people like us / sensible people. I salute these protestors – having participated in dozens of similar protests in Ireland, against the bailout of banks using state funds, to little effect. However, the idea that Trump as a quasi-fascist semi-dictator and lightning rod for protest has really united anyone is flawed. All he has done is embody a new establishment / status quo / power / system for us to critique and oppose. We are not united, just an assemblage.

Diversity in protest and protestors is surely a positive, and women, LGBT and ethnic minorities, immigrants and the impoverished are all vital. However, these diverse issues must be more than simply an opposition to injustice. Nor can they be simply flattened into a demand for democracy and the rule of law, a grand coalition for the return of the status quo.

The problem of a society made up of critics is that ideals fade. It becomes difficult to say what we are protesting for, so we take refuge in saying what we are protesting against. Indeed, apparent ideals are often merely negative oppositions. For instance, ‘equality’ now means eliminating legal differences and distinctions, but not necessarily redistributing wealth and resources. Calls for tolerance are implicitly opposed to xenophobia but are less explicit about our moral duties to refuges. Commitment to democracy or public debate may not mean much more than an appetite for the interminable cacophony of critique.

The core critical watchword, ‘liberty’ today means freedom from constraint, and there are good reasons why feminists want freedom from patriarchy, but the demand for freedom is shared by bankers, financiers and transnational companies. Occasionally there are urgent reasons to pursue liberty, and protests must draw attention to specific forms of constraint, but this does not absolve us from the challenge of building better institutions which embody ideals. Moreover, the ideal of liberty may often translate into an urge to break boundaries, limits and traditions, to transgress and provoke without reason, to re-style our lives as experiments without any responsibility to create a better shared world.

Eventually we must recognise that we do not have a monopoly over critique – it is a rhetorical weapon used by populist politicians and even by Isis – radicalised not by Islam but by critical texts from the West. What can we do? Interestingly, this dynamic has been afoot for decades already – for instance, Von Mises, Hayek, Friedman, and the architects of ‘neo-liberalism’ were ardent critics of state power and social infringements on individual liberty. Opponents generally doubled-down on scepticism, intensified their critique of neoliberal ‘ideology’ without recognising it as a critique.

The challenge is to move beyond critique, to articulate positive values and moral standards which are not just oppositions to power or ideology. As we are habituated to conducting critique within intimidating public spaces rife with sarcastic trolling, idealism may seem like vulnerability. However, an arms-race of critique just means increased polarisation and often fragmentation, as temporary coalitions splinter into ever more obscure factions. Hope seems implausible; as Zizek argues, our loss of hope is such that it’s much easier to imagine the end of all life on earth than the end of capitalism.

How can we characterise these positive ideals? Simply. They are the sort of ideas that provoke scepticism or even derision. Trust, for instance, that it is better to trust refuges, migrants and others than to subject them to relentless scrutiny. Generosity also, that it is better to allow anyone anywhere access to welfare, healthcare and housing, and to presume they will reciprocate in turn. Care is a core ideal, caring for the planet and the physical well-being of our fellow creatures, but also in genuinely respecting others’ beliefs, without scorn. Beyond the endless critique of capitalism, it is possible to reorganise society and the economy on the basis of sharing and satisfaction with simple pleasures, limits to liberty. Perhaps it sounds too much like apple-pie already, so it might be wise to stop before mentioning forgiveness and not judging others. (Mentioning the Christian cultural basis of socialism or the roots of critique in prophecy might be troublesome.)

These might seem like fragile and naive ideas, hardly a robust basis to oppose or critique Trump. However, that is exactly what he wants, an endless debate where reality is lost in the endless hyperbole of claim and counter-claim. Instead, the task is to develop a politics based on positive values which have real content, that are not just opposed to power, to the other – so easily a scapegoat. Finding shared values with those critics who voted for Trump is at least possible, whereas forcing them to awaken to (our) ‘reality’ using polemical critique is pointless and will only deepen the rifts.

Tom Boland teaches Sociology at Waterford Institute of Technology (WIT). He is the author of "Critique as a Modern Social Phenomenon" and "The Sociology of Unemployment" -  with Ray Griffin, as well as numerous journal articles. He is coordinator of the Economy + Society Summer School, a new iteration of intellectual asylum:  http://economyandsocietysummerschool.org/ 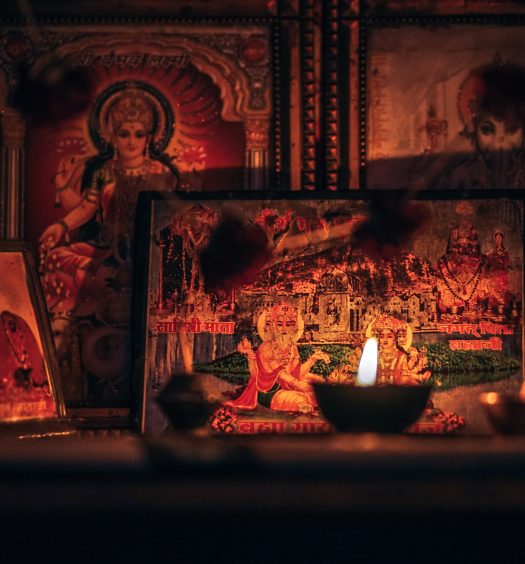 Read More
The Globalization of Hate