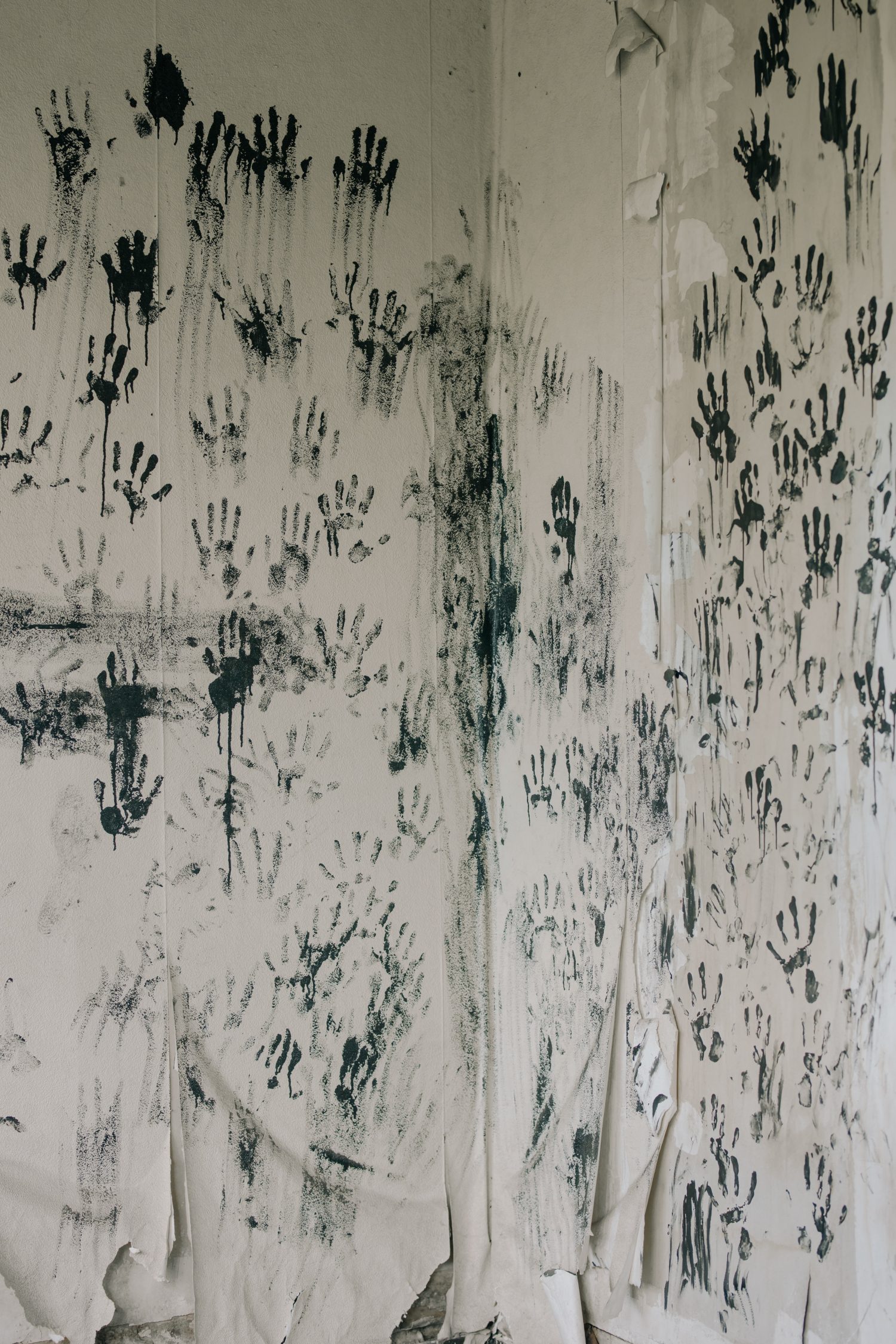 When George Floyd was killed, I started teaching Derrida’s Specters of Marx. This may seem like a strange choice, but the text allowed us to raise three questions about justice—especially perhaps, if what is most shocking about such a shocking deed is that it is not so shocking at all.

First, how can we take up a protest under the slogan, “No justice—No peace”? Second, how can we hear Floyd’s words, “I can’t breathe”? Third, how can we understand his final call for his “Mama”?

The first question enabled us see that “No justice—No peace” could mean that until you give us justice, there will be no peace. So, if you give us justice, then we will give you peace. For, this is the traditional understanding of justice as revenge or retribution, the equal or equivalent exchange of an eye for an eye, or an eye for a fair penalty, that is, the satisfying righting of a wrong, which rebalances the scales, reharmonizes society, puts a world out-of-joint safely back into joint in accordance with law.

Alternatively, “No justice—No peace” could also mean that, as you can give us no justice, we can give you no peace. After all, Derrida argues that doing justice is impossible. The murdered cannot be unmurdered. The dead cannot be made undead. Floyd cannot be brought back to life, and the crime cannot be washed clean—neither by prison, nor by execution, nor even by defunding the police or completely transforming a systematically racist (and overall prejudiced) society. There can be no adequate sublation or proportional penalty for what has been done, for what is “absolutely and irreversibly past.”[i]

There is no righting of such a wrong (perhaps, even, of any wrong), and it would be perverse to claim to do so. Hence, justice exceeds all possibility. The only thing we could do is do justice to the impossibility of doing justice. But “one does not continue, for all that, to bear any less of a responsibility.”[ii] On the contrary, the ethical and political imperative to respond without delay means taking responsibility for giving no justice and no peace, none, never. For “one must never keep silent about the imprecation of the just.”[iii] Thus, impossible justice remains, and must remain, an infinitely deferred work-in-progress, an unending task, the thinking and speaking and acting on a dream of a justice-to-come which cannot be—which is how we mourn the death of Floyd.

This leads us to the thickets of the second question about the words “I can’t breathe.” On the one hand, these words belong to “the event, the singularity”[vi] of Floyd’s killing, the absolute irreducibility, the ineluctable particularity of one individual’s life and death. On the other hand, they belong to others, to Eric Garner and a vast history of past victims—while (unfortunately) remaining available to mark the fate of a whole slew of potential future ones—and so are not particular at all. The words, “I can’t breathe,” are problematic because they are supposed to be particular to one killing and are simultaneously particular (or rather, non-particular) to many killings, which is why they both shock and fail to shock us at all, especially at a time when there is neither justice nor peace.

The third question has to do with Floyd’s final call for his “Mama.” And who could blame him, calling for his “Mama” to help him as he is dying with a knee is on his neck? As Al Sharpton points out in his eulogy, what is ironic about Floyd’s call is that his Mama is already dead, and so unable to answer the call, or to help him get that knee off that neck. Now, of course, Floyd may not have been calling for his Mama, but simply for succor, for someone, anyone, to save his life, which apparently no one saw fit to do. Or, as the reverend claims, he may have seen the presence of his mother coming toward him in a vision, even a resurrection, and so called out, saying that he was coming to join her among the dead. Or, as Derrida might suggest, Floyd may have seen a ghost, the specter of his Mama, which “is never present as such.”[vii] Although this does not mean that it is simply absent, nor just present and absent, or some combination or permutation of the two. Rather, the ghost of Floyd’s Mama—like that of Garner and many others, like that of history and its systemic racism, and now Floyd himself—is neither present nor absent. That is the “logic of the ghost”:[viii] being neither here nor there, neither living nor dead, the ghost haunts.

But what does this mean? To haunt? To be haunted? Derrida suggests that we look to Hamlet. Here, the specter of the dead king, the ghost of the father, returns to reveal that and how he is the victim of murder, of “Murder most foul, as in the best it is.”[ix] In other words, murder is the foulest of any and all deeds, and any and all non-deeds, whether done or undone by the worst or the best, even in the best of times, and especially when done to the best. The ghost uses words precisely. He does not say, “Murder is most foul.” He just says, “Murder most foul.” This is because the “is,” the verb “to be,” is implied, neither present nor absent—like being itself, an implication—something that is perfectly acceptable in English, and in many other languages, such as Greek, Hebrew, Russian. For, when it comes to murder, words matter. And the ghost is telling us not only that being is implied, but also how the murdered are, how the specter is and haunts—when “time is out of joint”[x]—and how the doers of the deed are implicated in the murder, whether they were present at the time and committed it, whether they were present but did nothing, letting it be done, or whether they were absent from the scene of the crime, like you and me. Thus, in the very structure of his words, the ghost reminds us what murder implies for us, for Floyd and his Mama, and for all the others who were and are being and will be murdered.

This is why, when George Floyd was killed, and called for his “Mama,” and had to say, again and again, “I can’t breathe,” I taught Derrida’s Specters of Marx. “Something is rotten in the state” of America, and this “bodes some strange eruption.”[xi] And so, it became necessary to consider the implications of this “murder most foul” and to ask again the question, “What is Justice?” in order to think what is implied, to speak by implication, when there can be “No justice—No peace.”

Andrew Haas is the author, most recently, of Unity and Aspect (2018). He is an Associate Professor of Philosophy at the Higher School of Economics, Moscow.

A Brief Post-Script on the Case of Avital Ronell

It Is Not Humanity That Is Failing: A Manifesto

Read More
It Is Not Humanity That Is Failing: A Manifesto