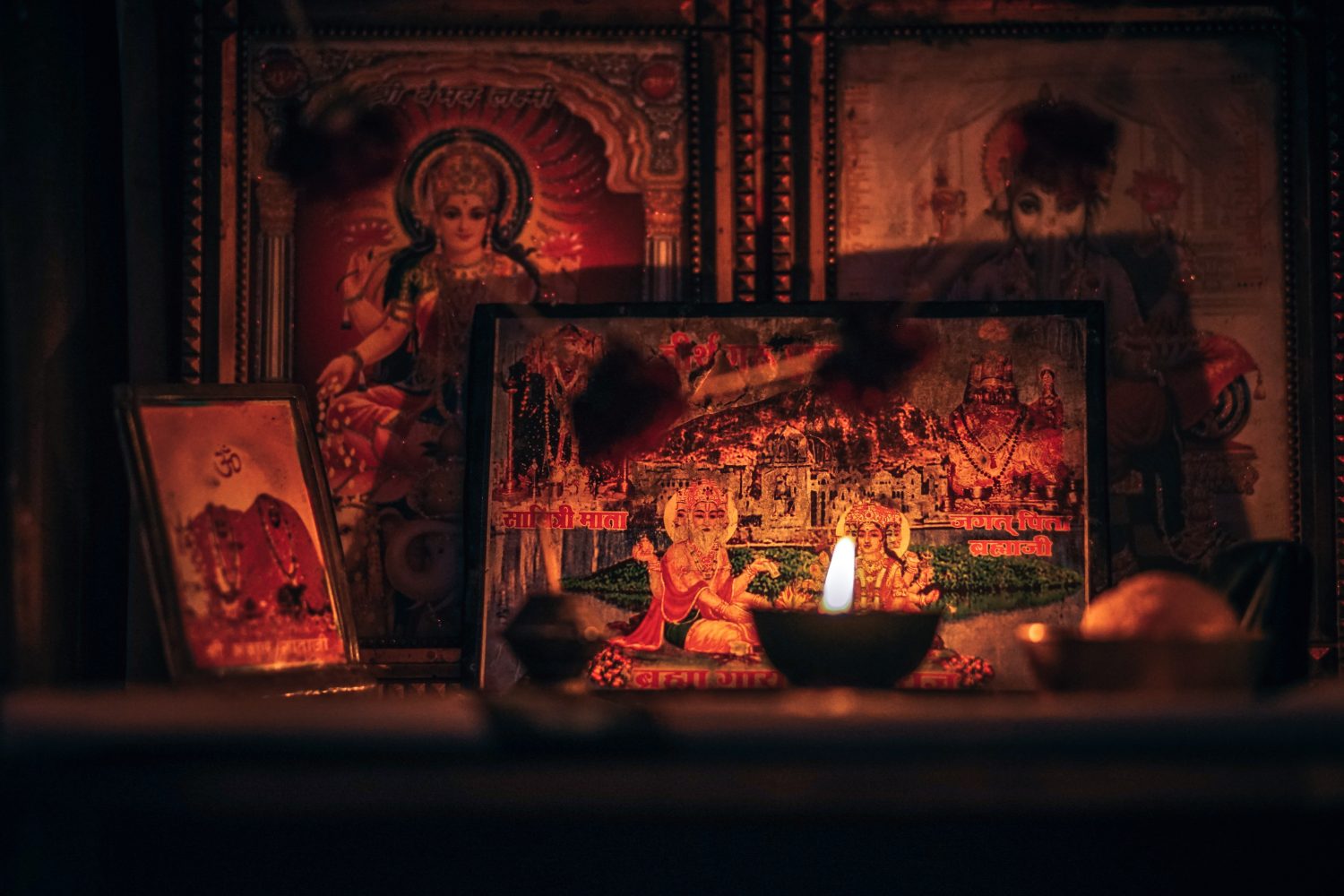 By Oxana Timofeeva  •  4 years ago

I am writing this essay and thinking that perhaps it will never be published in any “serious” edition. It would never go through the eye of a needle of censorship. I am writing it not without a kind of fear and with a hope that only people closest to me will read it and listen to it. These thoughts are coming from the very depths of my heart. No, the word heart does not really fit here, nor does the word depths. We say depth when we go to the bottom, and these thoughts go from where there is no bottom. There is always a lower layer to fall toward.

We are those who have been stigmatized as fallen. Prostitutes, whores, sluts. This is not what we name ourselves. This is what we are named by those who think they call things by proper names. But, first of all, we are not things, and, second, things do not have proper names (things do not have anything at all; they are either someone’s or no one’s). Thus, we are labeled by those who love us – in their outbursts of passion or jealousy. By those whom we love, while they don’t. By those to whom we did not say “yes”. Those to whom we did say “yes”. Those to whom we said “no”, but they took it as “yes” and used violence. And all others, too – all those disgusting lady-teachers, socially active members, priests, and policemen. And we are trying to justify ourselves, trying to show that we are not like that. But this doesn’t work, because, actually, we are like that.

We are those who fall in the trap of language. Of a bitter tongue – we should have bitten it off long before, when someone put it in our mouth.

The trap where we dwell is made of two elements.

The first element is a juxtaposition of desire, enjoyment and guilt in our Christian culture. We are expected to prove our innocence. It will be accepted if we manage to convince them that we did not desire and did not enjoy that. Thus, it goes without saying that a victim of sexual violence cannot desire or enjoy, but only passively suffers. Every feminist knows that. The fact that she did not desire and did not enjoy means that she is not guilty, that she is an innocent victim (don’t tell them that you enjoy!). In contrast to that, rapists justify themselves by invoking her own desire and enjoyment: she wanted that, she liked that, that was her fault. But, in fact, both parties base themselves on the premise that our desire and our enjoyment make us guilty.

Scientists have already debunked a few secondary proofs of a really existing primitive matriarchy and generally rejected this hypothesis, or myth. However, some people still believe in the other one, very closely related to it, that is, the hypothesis of the so-called primitive communism. One of the pieces of evidence for the kinship between these two hypotheses is group marriage: it is attributed to a primitive communism that allegedly combines patriarchic and matriarchic social practices.

Both hypotheses are scary and tempting at the same time. At the zero-point they coincide in a positive or negative image of archaic savagery and at the final point they create either a utopia or a dystopia. If the zero-point coincides with the final point, thus creating a time loop, then both communism and matriarchy present a generic memory of humanity, the memory of what has never been.

Yes! There is а bitter truth of the world

As a child, I caught sight of that truth:

Troops of hounds, excited and wild,

Taking turns to lick a bitch all in juice.

In this poem, dedicated to Isadora Duncan, there are lines that are not part of the official poem collections: “Let her kiss, pet and fondle another / Ah, this obsolete, beautiful slut.” Here, jealousy is doubled with and intensified by a traumatic recollection of what one might call a primal scene, a childish theatre of rough animal copulation, at the center of which there is a beloved one – a slut, a goddess, and a mother.

The poet’s primal scene is analogous to those, the nature of which was analyzed by Freud. According to Freud, these memories do not necessarily derive from real events. Childish screen memories about the acts of violence, seduction or sexual intercourse can be constructed. They are mostly indirect, more like allusions, and come from the world of desires that we would never recognize as our own, and that would never get through the instances of censorship whose function is to adopt our drives to the rules and requirements of human society. The idea is the following: even if this never happened before, it still happened. Just not in our life.

Freud arrived at this conclusion after analyzing memories of his hysterical patients about the scenes of seduction or violence that was inflicted on them in their childhood by adult uncles and daddies. At the beginning, he was thinking that these memories directly related to real facts, but soon a mass of such material became critical. The fact that everyone was really raped or seduced by her father could not be true! Thus, Freud had to abandon his initial hypothesis of seduction. What was at stake was not reality, but an unconscious fantasy that fills a lacuna of desire coming from no one knows where:

Whence come the need for these phantasies and the material for them? There can be no doubt that their sources lie in the instincts; but it has still to be explained why the same phantasies with the same content are created on every occasion. I am prepared with an answer which I know will seem daring to you. I believe these primal phantasies, as I should like to call them, and no doubt a few others as well, are a phylogenetic endowment. In them the individual reaches beyond his own experience into primeval experience at points where his own experience has been too rudimentary. It seems to me quite possible that all the things that are told to us today in analysis as phantasy – the seduction of children, the inflaming of sexual excitement by observing parental intercourse, the threat of castration (or rather castration itself) – were once real occurrences in the primeval times of the human family, and that children in their phantasies are simply filling in the gaps in individual truth with prehistoric truth.

What if a poet’s love of a woman whom he calls a slut, the love accompanied by delusions of jealousy, is so painful to him precisely because it kicks him “beyond his own experience into primeval experience”? Let’s just think dialectically and relate these experiences-memories not to what has been (prehistorically), but to what has not been yet. To a disturbing image of matriarchy that has never been, the time that did not have place, when polyandry was not considered a sin, a crime or a sign of the moral degradation of a woman.

There is a principal asymmetry between the male and the female polygamy. This asymmetry is explained by a bodily symbolism of the sexual difference. The male body is a phallic symbol. As Jacques Lacan explains, male enjoyment is an enjoyment of the organ: “Phallic enjoyment is the obstacle owing to which man does not manage, I would say, to enjoy the woman’s body, precisely because what he enjoys is this enjoyment, that of the organ.”

The organ, around which a male body is structured, is single and solitary. Its sense in our culture is really exaggerated. Its main problem is that, in a given moment of time, it cannot be put into more than one person, or, to be precise, into more than one part of the body of a no-more-than-one person. That’s why male polygamy is linked to the lists, to the queue, to the counting of women, to natural numbers: one by one.

“How many men did you have before?” That’s what they ask us, with their big or small Don Juan’s list in their heads. This question sounds really stupid to us, but we cannot answer it, we have to lie. We have trouble with counting. We cannot say any convincing natural number, because our body is a totally different symbol. What stays for us, as Hegel would say, is not a singular, but a universal.

In the gnome’s fantasies, our bodies could accommodate the divine trinity, and much more. Alien to the individuality of desire, our humiliated body turns to be a sign for the anticipation of communism where happiness will appear in totally different light. While male enjoyment attaches, sticks to a part of this body, its other parts to not stand idle. You are not alone in this room. In every intercourse she invisibly and gratuitously gives herself to the entire male half of humanity, to the whole of genus, not only to one individual, a single representative of a genus. She is not yours, gnome.

Lacan calls the act of love “the polymorphous perversion of the male” and claims that there is another enjoyment that lies beyond the Phallus: “So then we call it as best we can vaginal, the posterior pole of the uterine orifice and other stupidities (conneries), make no mistake!” the male symbol always makes a blunder, misses the point. Woman’s enjoyment is weird, according to Lacan; it is not the one of the organ at all. It is the one of God – that does not exist, but this is already another story. A moral gnome that blames us is in fact jealous of this enjoyment, the nature of which he would never know, as we’ll never tell him about that. In the trap of language, our mouth is always busy with something else.

A Letter to Lou Andreas Salomé, Nietzsche’s and Freud’s “Muse”