We live in a postapocalyptic world.

Mind you, this is not a grim statement about the total devastation of our planet. I am not referring to the global environmental calamity set to worsen in the next decades due to massive investments into new plastics factories. Nor am I alluding to the nuclear tension between the US and North Korea that have prompted scientists to move the minute hand on the Doomsday Clock closer to the symbolic midnight of world-destruction. So, in what sense has the apocalypse already happened?

Usually, we associate the word with the dramatic loss of normalcy: eschatological chaos, the maelstrom of annihilation, and the final reckoning. But something much more mundane lies at its origin, which is also the meaning that predominates in our actuality: uncovering. From the Greek apokaluptein, “apocalypse” announces that the screen of appearances concealing true reality has been torn. It is, to borrow Alain Badiou’s expression, a theological truth procedure, a litmus test for the veracity of all that is. And that is why the English translation of the New Testament’s Apocalypse of John is “The Book of Revelation.”

The stage for the apocalypse that has occurred—and that keeps occurring as we speak or write—is political. For all their shock effect and seeming discontinuity with the programs and actions of past US Presidents, the domestic and foreign policies Donald Trump pursued in the first year of his administration consistently unveiled the core of American politics without its ideological trappings. That is, they were rigorously apocalyptic.

Take Trump’s recent decision to recognize Jerusalem as the capital of Israel. Not only does it reaffirm the 1995 Jerusalem Embassy Act, passed into law by large majorities both in the Senate and in the House, but it also confirms that the US has never really been a neutral observer of the Israeli-Palestinian conflict. With his announcement, Trump did not sound the death knell of the Mideast peace process; he just corroborated, in a sort of belated postmortem, that the process has been long dead, despite appearances to the contrary.

A similar logic undergirds the trashing of diplomatic protocols by the current US President and other members of his administration in matters of influence on foreign governments and international bodies, such as the NATO or the UN. Blackmailing NATO allies into either paying up or giving up the benefits of the strategic alliance is the harsh and unadorned truth of American “soft power.” Openly making continued US foreign aid or trade partnerships contingent on particular votes by sovereign nations at the UN General Assembly takes a page from the same playbook.

How about withdrawal from the Paris climate agreement? Isn’t Trump completely at odds with his immediate predecessor in this respect? Of course, Barack Obama enthusiastically signed onto the agreement, but it was on his watch that, beginning in 2010, fossil fuel companies poured nearly two hundred billion dollars into hundreds of new plastic-producing factories. Environmentalists will say that the Paris agreement is “too little, too late.” Seen from a political perspective, it is—rather than a compromise solution reconciling the interests of big business with those of ecology—an ideological fig leaf, meant to conceal the naked truth of inaction in the face of environmental degradation. Trump’s decision to withdraw from the accords does no more than shamelessly remove a mere token to decency, which in this case stands for concern with the future of the planet.

Whether Trump used the word shithole or shithouse to describe countries such as Haiti, El Salvador, and a range of African nations, the racist connotations of his language and thinking are beyond doubt. More than shedding light on his “character,” the statement divulges the same thing as his electoral success, namely that such attitudes are more widespread in American society than one would expect them to be. And, as a bonus, it attracts attention to the rarely acknowledged link between racism and capitalism. After all, devastated by the imposed model of what politically correct experts call “uneven development,” certain regions, countries, and an overwhelming majority of their inhabitants are practically converted into the detritus of the global economic system, retracing the lines of the old, pre-capitalist racial prejudice.

I could cite other examples of apocalyptic revelations we’ve witnessed over the past year, from the continued destitution of the American public school system to the growing inequality between the richest one percent and the rest of the population, set to worsen as a result of the Trump tax cuts. At this point, however, the gist of the argument is clear. What I have not yet commented upon is that the sense of the apocalypse as uncovering resonates with Martin Heidegger’s interpretation of the Greek notion of truth in terms of a disclosure, aletheia. Although it literally means “un-forgetting” (alpha-privative + lethe, signifying oblivion or forgetfulness), in Heidegger’s hands, the concept becomes decidedly apocalyptic. Thrown into the mix, the question of truth poses a challenge: How can an administration infamous for its deployment of “alternative facts” and outright lying to the public be at the cutting edge of political revelation?

The intriguing possibility is that factual untruth may coexist with, and even foreground, a deeper stratum of veracity previously muddied by ideological machinations. Heidegger considers this other truth ontological, to do with beings insofar as they are (in being). To be fair, the secret of ontology is not ensconced in the depths of existence but left forgotten, and then rediscovered, right on the surface of things. In this, disclosure differs from revelation. But the main point is valid for both processes: what is disclosed and revealed is, above all, not true reality—as though a curtain, behind which the actual state of affairs has been hiding, were rent—but the nature of truth itself.

Postapocalytic political truth comes unglued from facts: on the one hand, fact-checking proves ineffective in bringing down politicians who tend to issue inaccurate or empirically wrong statements; on the other hand, the sweeping vistas of politics emerge independently of all matters factual. The Enlightenment-based ideals of transparency and accountability in the public realm will need updating against the backdrop of this watershed event. More than ever before, it will be necessary to ask who creates facts and how, in what ways they are used, and which domains of truth they are unable to cover. 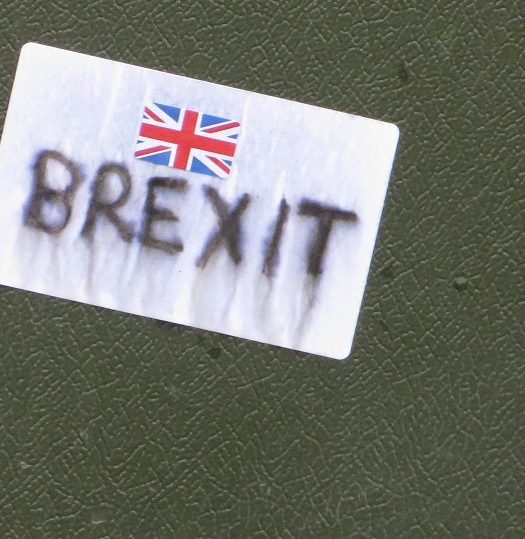 Brexit: Why Referenda Are Not the Ultimate Democratic Tests

Read More
Brexit: Why Referenda Are Not the Ultimate Democratic Tests