By Michael Allen Gillespie  •  8 years ago

The notion of the universality of human rights is morally undeniable. Why do we struggle to act on them?

Imagine you are walking through the woods with a hunting rifle and come upon a clearing where two terrorists with large swords are about to cut the heads off ten hostages. You realize your only chance to save them is to kill the two terrorists – what would you do?

Now imagine a similar scenario in which a birdwatcher with a camera runs up to you and says “Two hundred meters ahead of you, there are two terrorists with swords about to kill ten hostages, you need to save them.” What would you do then? In the first instance, almost everyone recognizes that they have a moral duty to save the innocent and can be convinced that they should kill the terrorists.

Most don’t want to do it, but they recognize that morally they have to do so. Once they admit their moral responsibility in the first case, they almost invariably accept their responsibility in the second case, even with the added two hundred meter walk. But once they do, it is difficult for them to deny their responsibility in a third and much more realistic case: “Right now somewhere in the world there are ten hostages about to be murdered by terrorists and you obligated to save or at least try to save them.” At this point almost everyone becomes very reluctant to agree. They recognize their moral responsibility and yet don’t like the conclusion that they have been led to. They feel that it is wrong but at the same time they have a great deal of trouble explaining why they are unwilling to do what their own moral sensibilities tell them they should do.

A TV is worth less than a human life

Why do they hesitate? It can’t just be the greater distance, since that would suggest that there is some measurable space within which we have moral responsibility. It also can’t be that we can’t save everyone in such situations, because that doesn’t prevent us from saving some of them. Moreover, acting collectively through our governments and NGOs we can almost certainly save many. It also can’t be because we might be making a mistake or might make things worse, since error is possible in every situation. In the original scenario, for example, the “terrorists” and “victims” might simply have been filming a movie. In that case you may have tragically killed two innocents but neither the law nor your own conscience would tell you you had acted wrongly or immorally.

It also can’t be because the sovereign state in which this scenario takes place doesn’t want you there, since the “terrorists” may in fact be agents of that state itself. There is no moral difference between a terrorist state and individual terrorists. It also can’t be that it costs too much, since it is hard to imagine anyone seriously arguing that their big screen TV is worth more than a human life. What then is going on?

The liberal democratic order of the Western world is rooted in a notion of rights. These rights have corresponding duties, but these duties in the first instance are merely negative – I have a duty not to violate your rights and we enter into an agreement (explicit or implicit) to set up and enforce a system of rules to protect these rights. The group that is formed may be small or large but that agreement imposes a moral burden upon me to defend others’ rights. But not the rights of all others, only those within my group.

Violence in our living rooms

But what of the rights of those outside my group? What of the human rights of those in the rest of the world? I am certainly obligated not to violate their rights, but do I have an obligation to defend them from those who do violate them? Here is where our moral reasoning begins to stumble and where we see the first glimmerings of the fundamental differences between the moral and the political. Christianity asserted that it was a sacred duty to love, protect, and care for one’s neighbor and this doctrine remains strong in the modern secular West.

But who are our neighbors? And how far does our neighborhood extend? Certainly to our immediate family, and most likely to our extended family and friends. We at least feel some kinship in these situations. Perhaps to a somewhat lesser extent to our fellow believers or to other members of our ethnic group, although here many would raise questions. In large states, legally but almost certainly not affectively to all of our fellow citizens. But what about foreigners, resident aliens, or strangers? In these cases we are much less willing to provide positive assistance. They do not feel like our neighbors and while we generally recognize their basic humanity and our duty not to violate their rights, we also generally are unwilling to come to their assistance, at least not unless it is in our interest to do so.

The world, however, is shrinking. Globalization and particularly a globalized media make even the most distant places seem near, bringing the victims of violence into our living rooms on a daily (or even hourly) basis . They seem nearer to us in many respects than the ten victims in our second example. We are thus increasingly unwilling to say, “Thank God we do not live in such a place,” and increasingly more likely to say “Something must be done.” And given the globalization of our interests we are much more likely to do something, or to let our government do something. But the mixture of our motives, the conflict between our legitimate desire to fulfill our moral duty and the suspicion that our moral claims merely mask a rapacious self-interest is inevitable.

The notion of the universality of human rights is morally undeniable but the idea of defending such rights requires a step beyond mere non-interference that leaves us hopelessly entangled in questions of our own motivations and reemphasizes the enduring differences of morality and politics.

He is Professor of Political Science and Philosophy at Duke University. He is the author of Hegel, Heidegger and the Ground of History, Nihilism before Nietzsche, and The Theological Origins of Modernity. He is also co-editor of Nietzsche’s New Seas: Explorations in Philosophy, Aesthetics, and Politics, Ratifying the Constitution, and Homo Politicus, Homo Economicus. He is completing a new book, Nietzsche’s Final Teaching. He is the Director of the Gerst Program in Political,Economic, and Humanistic Studies, the AB Duke Scholars Program, and the Visions of Freedom Focus Program.

Solitude, Dasein and a Pandemic 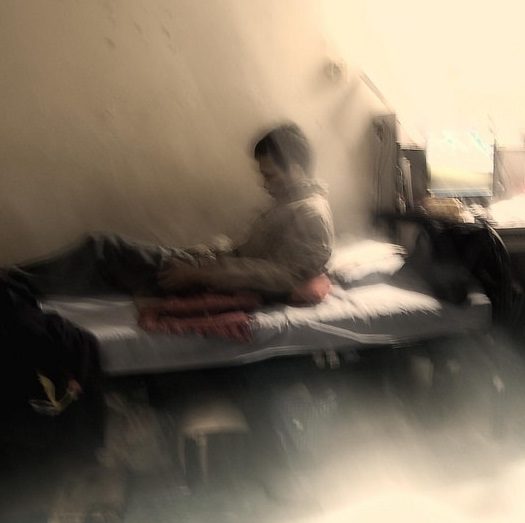