Diversity and the Weaponization of Identity Politics

By William Egginton  •  2 years ago

Diversity and the Weaponization of Identity Politics

Despite its success in the midterm elections, the Democratic Party continues to be divided, with one faction seeming to focus on the economic plight of working families and the other staking new claims for women and people of color. Along with important structural disadvantages, this story is part of what is allowing an unrepresentative Republican Party maintain control of most of the branches of government.

Although there are new efforts astride to point out that economic justice and racial and gender justice are two sides of the same coin, what hasn’t been made as clear is that the choice is not only a false one, but is also the result of a concerted strategy by Donald Trump and his army of right wing pundits to undermine Democrats’ success in the polls.

The strategy is as simple as it is effective. We can call it weaponizing identity politics. And the right’s best and most unwitting ally in this strategy are America’s colleges.

Don’t get me wrong. This is not a piece about how academia has become ideologically monolithic. I happen to believe that the wholesale abandonment of science by the right pretty much sank any likelihood that university professors could be impartial about today’s partisan politics. Rather, what concerns me is how conservatives have managed to paint the Democratic party as anti-working family with the entirely unrelated brush of identity politics. Unfortunately, we in academia have been all too happy to play along.

I’m also not interested in arguing against the importance or righteousness of identity politics. Given the extraordinary history of exclusion, discrimination, and violent oppression in the United States, the persistence of a politics that identifies racism and sexism and works toward racial and gender equality is more than defensible; it is utterly essential.

In the context of higher education today, however, the idea of identity has been increasingly coopted by a logic that deemphasizes its relation to a history of oppression in favor of an ideal of a diverse community that elite universities openly seek to compose through their complex admissions processes. And this logic is not one that has contributed to realizing the goals of the student activists that the right loves to broadcast at the top of its newsfeeds.

Diversity is, of course, a laudable goal. But since the landmark 1978 Supreme Court decision that permitted affirmative action policies only if they were intended to augment a school’s diversity as a positive good, and forbade them if they were intended to redress specific historical wrongs, the logic of diversity, insofar as it allows us to turn a blind eye to a history of discrimination and prejudice, effectively permits any group to claim the same right for its representation to be protected and affirmed. As my colleague N. D. B. Connally has put it in regards to that decision and its aftermath, “In its willful ahistoricism, the Court’s rulings in Bakke and subsequent cases, including Grutter v. Bollinger (2003) and Fisher v. University of Texas (2013), have effectively affirmed a ‘diversity regime’ that knows how to celebrate difference without exploring how that difference got produced, imposed, and preserved.” Multiculturalism became a kind of feel-good substitute for actual justice, he continues: “Rather than mandated fair employment measures, decried by Jim Crow politicians as ‘autocratic’ and ‘tyrannical,’ the country got affirmative action, a program that allows employers to cultivate their own multiculturalism relative to their own perceived market demands.” As we are seeing today, even white supremacists who marched and murdered a year ago in Charlottesville have learned to justify hatred on a spurious claim to being a threatened cultural group. In this way, the celebration of identity becomes the flip side of the corrosive tribalism that is undermining our democracy today.

Unfortunately, we in higher education have contributed mightily to this abuse of the ideal of diversity, by using it as a kind of window dressing to cover over our role in not only failing to address rampant inequality in this country, but in actively exacerbating it. As a result, we are also contributing to the intensification of tribalism across the nation, by appearing to cherry-pick the kinds of identity worth embracing while simultaneously guaranteeing the upper-middle class exclusive access to the most effective means of reproducing itself: elite higher education. While rightfully embracing a liberalism dedicated to the protection and celebration of previously denigrated and oppressed identities, we have thus simultaneously doubled down on the economic and cultural elitism that deepens our cultural and political divides.

This trend has in turn nourished the narrative that paints ethnic and gender diversity and economic justice as mutually exclusive, and blames the rise of xenophobic nationalism on the Democratic Party’s choice of the former at the expense of the latter. This narrative, popular in the media, opposes the urban and the rural, the global and the parochial, the celebrated and those who, with some justification, now feel aggrieved that they have been left behind. According to this narrative, the Democratic Party has earned the resentment of working class whites by turning its attention almost exclusively to the interests of a growing coalition of underrepresented minority factions catered to by highly educated, coastal elites. This is the movement that Columbia professor Mark Lilla critically refers to as Identity Liberalism in his recent call for the Democratic Party to refocus on the white working class voters it lost to Trump in the 2016 election.

This analysis, however, is misleading in that it fails to recognize that the Democratic Party itself has adhered to, in the words of Lily Geismer and Matthew D. Lassiter, a “deliberate and long-term strategy…to favor the financial interests and social values of affluent white suburban families and high tech corporations over the priorities of unions and the economic needs of middle income and poor residents of all races.” This fixation, they conclude, “on upscale white suburbs also distorts policies and diverts resources that could generate higher turnout among nonwhite voting blocs that are crucial to the party’s fortunes and too often taken for granted.” Among many other things, for instance, it includes supporting the mortgage interest deduction and protecting educational tax shelters like 529 plans that almost exclusively benefit the upper-middle class, and that help consolidate that class’s lock on the social and economic benefits of higher education. To put it in a nutshell, the choice between diversity and economic justice is a false one; the Democratic Party fails when it cedes economic justice to the faux-populist right while also failing to improve the standard of living of many minority citizens.

There is no question that Democrats are far more likely to promote economic justice for all working families than Republicans are. But despite this fact they are allowing right-wing politicians and media to portray them as the party beholden to identity based special interests and cultural elites—Hollywood and George Soros are always falling off Republican tongues these days. And one of the main moves in their playbook for creating this illusion has been to evoke the spectre of college campuses awash with wealthy, cosmopolitan, condescending progressives, shielding their multicultural wards from the hard truths that conservatives are trying to show them.

When we, professors and college administrators, rescind invitations in the face of student protests, accede to demands for safe spaces from political opinions as opposed to hate speech, or issue detailed speech codes for how to interact with racial and gender minorities, we are producing content for the right wing media’s next feeding frenzy. Take this typically snide comment from an AM radio personality in response to widely-reported student hysteria at Emory University over chalk-drawn messages in support of then candidate Trump: “I’m going to have to be more sensitive to the college crowd that worries about guns on campus. I mean, just look at what one kid armed with nothing more than chalk did at Emory.”

We in academia have to do our part to deprive the right of its narrative that colleges are only interested in protecting the feelings of wealthy cosmopolitans who heap scorn on American values. To do that we need to be serious about economic diversity and ramp up, as many colleges are already doing, the percentage of our student bodies qualifying for Pell grants. Professors and students need to stop reacting to trolls like Milo Yiannopoulos and Ann Coulter when they come to campus with the express purpose of getting us to react. And administrators and professors must make it clear that college is still the best place to introduce young people to our nation’s boisterous intellectual tradition and checkered history as it has striven to achieve a more perfect union. This story is a complex one, but without it we would not have achieved the enormous progress toward justice and equality that we have. Students will only internalize the vital lessons of this history if they are strong enough to listen and be open to all perspectives, however much they may disagree. Righteous intolerance on either side only enflames the polarization that is tearing us, and our national ideals, apart. Academics have become fodder for a story about inequality and liberal intolerance; now we need to lead the way in recreating a broad collation that never should have fractured in the first place.

The populist appeal of Trump’s party is based on a lie; but it’s potent lie. Colleges need to stop providing the optics that help keep that lie alive. The marginalized identities that universities rightly seek to defend will have a better defence in an America that rededicates itself to its founding ideal of equal opportunity for all. To help achieve this goal, we first have to do more to make colleges affordable, but we also have to balance our concern for identities with a larger story of America as a process, an evolution, and ultimately a hope: the hope that different peoples can and will come together in their commitment to that ideal.

William Egginton is the Decker Professor in the Humanities at Johns Hopkins, and author of "The Splintering of the American Mind: Identity Politics, Inequality, and Community on Today’s College Campuses." 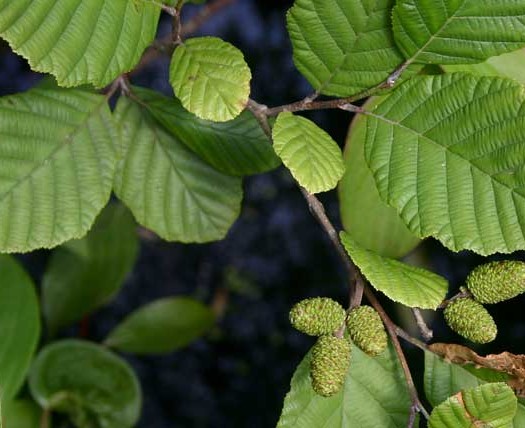 The Meaning of “Clean Energy”

Beyond the Digital: Future Nostalgia and the Family Photograph

Read More
Beyond the Digital: Future Nostalgia and the Family Photograph