By Natasha Lushetich  •  2 years ago

In 1976, AI pioneer Joseph Weizenbaum described machinic reasoning as ‘alien thought.’ Weizenbaum reasoned that, since the domain of thinking was “determined by man’s humanity,” “every other intelligence, however great, must necessarily be alien.”’[i] Several decades later, the expression is used to mark the difference between algorithmic determinism of the ‘if you don’t pay your car insurance you’ll be automatically locked out of your car’ kind and the more mysterious machinic operations like incomputability. First discovered by mathematician Gregory Chaitin, incomputability arises from algorithmic indeterminacy.[ii] Both are notoriously difficult to understand in a qualitative, non-formulaic way; however they are similar to indeterminate artistic procedures, such as those pioneered by the ‘father of conceptual art’ Marcel Duchamp.

Much of Duchamp’s early work, like his 1914-16 Three Standard Stoppages, was a direct response to mathematician Henri Poincaré’s investigations of non-Euclidian geometry that refuted the invariant nature of geometrical theorems. Using a string meter – a reference to the platinum meter conserved in the Parisian library, but, in this case, a purposefully malleable material – Duchamp dropped three one-meter-long strings from the height of one meter onto a black canvas. He used the obtained shapes, full of twists and curves, as a template to reproduce the three meters in wood, which he subsequently encased and entitled Three Standard Stoppages.

Duchamp encased only three meters; however, he repeated the experiment many times. The string meter changed every time it was dropped, demonstrating that there is no such thing as a universal standard meter, both in terms of shape and length. He further used computational methods to record different time-steps on a canvas (a sampling process that monitored occurrences in time with the aid of nascent visualization techniques) demonstrating two aspects of incomputability: 1) that the precise position and shape of the string meter is unknowable, and 2) that the medial situated-ness of the process is inseparable from the process itself. For media theorist Cornelia Vismann, all media – understood in the broad sense, as gadgets, programs, interfaces and mediatic relations  – engage in auto-praxis [Eigenpraxis], which further means that no thing or process is ever independent of its conditions of coming into being and that, likewise, every thing or process iteratively steers emergence in new, and, for humans, often unpredictable or imperceptible directions[iii].

Referring to Claude Shannon’s information theory where information doesn’t apply to the individual message but to signal crafted from noise[iv] – Chaitin suggests that computation, too, consists of internally variant, medially produced, unknowable probabilities. Data entropy (the fact that the output always exceeds the input) leads to algorithmic randomness, which resembles an infinite series of coin tosses where the outcome of each toss is unrelated to the previous one. Chaitin’s name for this is Omega, the last letter of the Greek alphabet, an infinitely long number whose digits, like Duchamp’s string meter (imagined as a kilometer or a hundred thousand kilometers) have no repeatable pattern.

Related to the halting problem – the question of whether or not a program will halt after a thousand, million or billion years – Omega is “the concentrated distillation of all conceivable halting problems.”[v] It’s “a cabalistic number,” which “can be known of, but not known through human reason.”[vi] Despite its unknowability, as sequentially ordered computational processing of zeros and ones, Omega shows that there is an internal dynamic at work in every computation process. It also negates the invariant axiomatic view of computation where randomness is seen as an error in computation’s formal logic.

Like Duchamp’s Three Standard Stoppages, incomputability is a possibility of an indeterminate coming-into-being within and as a result of computation. In Three Standard Stoppages, we see this in a schematic, step-by-step (or meter-by-meter) way; the example is useful precisely because it’s simple. Duchamp’s 1915-23 Bride Stripped Bare by her Bachelors, Even or The Large Glass expands incomputability into virtual n+ dimensions. In this famously opaque work, small cause-effect relationships are displaced within higher-order principles that are both part of the system and subvert the very system of which they are part.

As Duchamp repeated many times in his career, “three dimensions can only be the beginning of a fourth, fifth and sixth dimension if you know how to get there.”[vii] Referring to the fact that Albert Einstein called the fourth dimension, commonly understood as time, the “fourth coordinate” – not the fourth dimension – and that time exists even “in a thin line,”[viii] Duchamp insisted that all objects had n+ dimensions, only that humans lacked a sense to perceive them. Turning to Renaissance mathematician Girard Desargues’s analysis of the Renaissance perspective geometry (and his argument that the lines emanating from a center of perspective create cones, through which planes can be intersected at various angles and images ‘placed’ in a painting, which form the basis of Desargues’s famous theorem: two triangles are in perspective axially if they are in perspective centrally), The Large Glass demonstrates the fundamental contingency of what are taken to be the immutable elements of both geometry and art-making: horizon lines, centers of perspective, objects, forms, axes, and sign systems.

Duchamp treated all those elements as variable, producing what, at the time, was a work that bore no relation to received ideas about aesthetics, form, or content. Rather, The Large Glass staged (virtual) inter-dimensional conversations between space-time, geometry and process through a sequence of micro-logical, cause-and-effect relations. The only macro-logic can be found in the title, which, much like Chaitin’s ‘Omega,’ serves as a linguistic delineator for a sphere of impossible-to-define meaning. Bride Stripped Bare by her Bachelors, Even brings together the mechanics of diverse erotic forces, studied through a series of arbitrarily determined procedures, interconnected via language games and chance operations.

In one part of the work, the nine bachelors’ desire is materially embedded in the canvas with the aid of nine malic molds from which matches, dipped in color, were fired at a photograph of white gauze creased by the wind using a children’s toy gun. The chance operations of the captured wind were amplified by the chance operations of the firing mechanism and transposed onto the glass, in which holes were drilled. The Large Glass is, in fact, a residue of procedurally determined, micro-causally related actions whose “architecture,” as Duchamp suggests with reference to Desargues, relied on a “three-beat rhythm.”[ix]

Throughout his career, Duchamp insisted that works as diverse as Three Standard Stoppages, The Large Glass and the 1946-66 Étant donnés were a series, despite the fact that, to the human perceiver, they look nothing like a series.

The works’ ‘seriality’ seems to be ‘black-boxed’ in imperceptible, mobile n+ dimensions, comparable to the ‘movement’ needed to fit one glove inside the other. In a pair of gloves, the right-hand glove doesn’t quite fit inside the left-hand glove because the ‘thumbs’ are on opposite sides. However, if one glove is pulled inside out, the two gloves can be superposed, inside each other. Similarly, vastly different works can be seen as a series through n+ dimensionality – an actual-virtual dynamic that doesn’t change one or more discrete elements, but, rather, their inter-relations in the manner of Desargues’ theorem.

Duchamp’s work doesn’t illustrate incomputability by showing the ‘un’ of unpredictability. Rather, it engages virtual n+ dimensions in a manner similar to the superposition of the left and the right glove, which forms part of their repertoire of possibilities, or even probabilities, yet isn’t directly knowable through a linear, sequential axiomatic logic. Liberating indeterminacy through the use of deterministic parameters, his works, like machinic procedures, rely on intricate, internally coherent rule architectures that link sub-rules to rules, and rules to meta-rules, while also producing otherness that is simultaneously probable and unknowable. To say that ‘alien thought,’ like machinic feedback (which is spiral and recursive, rather than circular and repetitive), is iterative, multiplicitous, and complex is to say that it’s different from human thought. To suggest that it’s (immaterially) other-dimensional is to open (qualitatively) onto (species-less) infinity.

[v] Christian Calude quoted in Markus Chown  “God’s Number: Where Can we Find the Secret of the Universe? In a Single Number!” in Randomness & Complexity, from Leibniz to Chaitin, ed. Calude CS, Singapore: World Scientific, 2007, p. 328.

Natasha Lushetich is Professor of Contemporary Art & Theory at the University of Dundee, Scotland. Her research is interdisciplinary and focuses on intermedia, biopolitics and performativity, the status of sensory experience in cultural knowledge, hegemony, disorder and complexity. She is the author of two books: Fluxus: the Practice of Non-Duality (Rodopi 2014) and Interdisciplinary Performance (Palgrave 2016). She is also editor of The Aesthetics of Necropolitics (Rowman and Littlefield 2018), Beyond Mind, a special issue of Symbolism (De Gruyter 2019), and Big Data – A New Medium? (Routledge 2020). 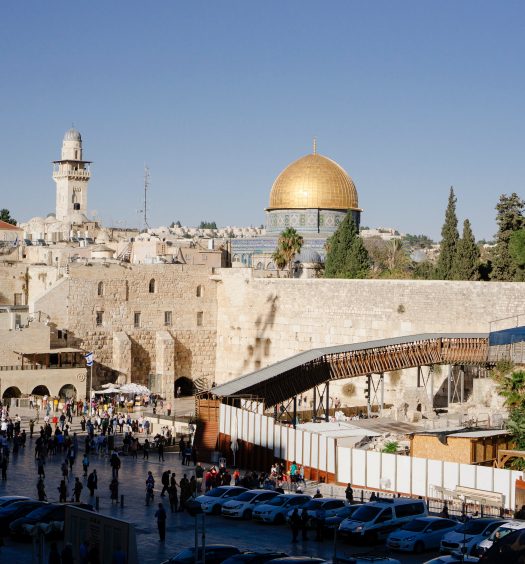 Read More
‘We Are All Clowns’ – A Defense of Joker