The way we worship God turns him into a fetish, that is to say, a false god or an idol. This false god can become an instrument for all sorts of desires for power and domination.

“Blessed be Thou, No One”: this verse of Paul Celan appears in his poem “Psalm”. This formula, like much of the poem, imitates a phrase in the Psalms of David (“Blessed be Thou,” or “Praise be unto Thee, Lord”). As various commentators have emphasized, and as is clear to anyone with some understanding of the spirit of “monotheism”, far from being blasphemous or “atheist”, this formula enunciates a deeper truth shared by the three great Abrahamic religions (and, in a completely different register, also shared by Buddhism). Namely, that “God is not ‘someone’.”

When one says, “I am X” (for example, “Charlie”), one identifies with a name that refers to a specific person. Many may have the same name but each makes it more specific through one or more other names (family name, sometimes that of the region, of a profession…). “Someone”, a person, is a concrete existence, recognizable in the world even if one cannot be reduced to any kind of pure and simple “identity”. There are religions in which the gods have proper names because there are several of them (at times, a great number) and each has a particular mode of presence, with specific functions. Each can, therefore, have its own figuration that distinguishes it. These are not persons; they are figured presences that derive their life from the persons who pray to them and perform their rites.

The name “God” is not the name of such a figure. For this reason, the unique “god” of monotheism, in all its instantiations, cannot be represented. The images of God are not, in the first place, forbidden; they are, above all else, impossible. Even there where they are not formally prohibited, the faithful know full well that these images are not God (this is true even when the images are attributed a sacred value, as is the case of the icons in so-called “Orthodox” Christianity). “God” is nothing but a common name—god, a god—used to signal, rather than to define, that which escapes every name, that which is unnameable.

Each version of monotheism indicates, in its own way, this unnameability. For the Jews, God has a name that cannot be uttered. For the Christians, he has a kind of name by default, a defective proper name, that is the common name “god” (“deus” in Latin: the light of the sky, the day). In Islam, God has multiple names that refer to his qualities, and an oft-quoted tradition attributes 99 names to him, while the 100th remains unknown. The name Allah, which is a modification of an older denomination, denotes the infinite distance from the true name.

A common and very profound characteristic of monotheisms is that the affirmation of the one god is much more symbolic than arithmetical. The one god is a god whose uniqueness escapes every kind of recognition, determination, and identification. As the Quran affirms, he is “the Impenetrable” and “no one is equal to him” (Surah 112). If no one is equal to him, he himself is not equal to “one” according to any value we could attribute to unity and to uniqueness. To limit myself to an example, saying that he is “alone” has no more sense than saying that he is with everyone.

“You risk assimilating Him to what He is not”

It is, therefore, impossible either to understand or to identify in some way this god that cannot be compared to any other god. It is only possible to worship him, if one wishes, in a way that would be deemed the least imperfect. We can further think that the division of monotheism into several big branches—at least three, but each also divided in its turn—is nothing but a distribution of possibilities or of chances created by the opening up of a relationship. This distribution according to historical moments, places, and languages, is always renewing the forms of worship.

This does not mean either adulation or enslavement to idolatry, but, rather, the exact opposite. One of the distinguishing features of monotheisms is the rejection of “idols”, that is to say, in ancient Greek, of images in the sense of appearances, visions, or phantoms. It is simply unthinkable to imagine that which has no relation with any kind of presence or representation. At most, we can, in the words of Montaigne, “imagine the unimaginable” (Essays, II, 12)—which means to make the effort to abandon every identification with and every fixation on our subject, even at the level of language. “Do not burden your heart with an idea that pertains to Him; you risk assimilating Him to what He is not” (Bistami, Shatahat, 203).

The tradition linked to the refusal of idolatry is the prophetic one. Prophets are not those who announce the future; they are those who speak “for”, in the Greek sense of the word. Moses, Jesus, Mohammed—the three great prophets do not exclude the others—speak for the one who does not speak because he is not a person. They speak for No One. They convey “a speech that comes out of fire without any image”, as Moses put it in Deuteronomy 4:12, or they receive the task of reading or spreading the word (“Read!”, Surah 96). Insofar as they are prophets, they are admirable, prodigious men we could call saints, but they remain men, whose lives are well known. The texts that they write are entrusted to our understanding and our reflection. These writings come from far away in our history and they have been, and continue to be, read and reread, recited, commented upon and interpreted. The word of No One is not set in stone, since no word is: The meaning of words is revived and played out again and again, indefinitely.

This is why one says that the “signs of God are obvious in the hearts of those to whom the Science has been given” (Surah 29, 49). The Science in question is the knowledge acquired through meditation on the impossibility of giving only one meaning in our languages to the word of No One. That word tells us, above all, not to freeze any meaning of any word in any language. If there are many languages and many possibilities of meaning in each of them, it’s because language points to something beyond it, towards an infinity of meaning and towards a truth that exceeds all signification and all naming.

The name should not become an idol

That infinity of meaning, which is simultaneously obvious and obscure, is the true experience of our Jewish, Christian, Muslim and philosophical traditions. Philosophy reflects the infinity of meaning but steers clear of the possibility of naming anything as a supreme name, including the name “No One”.

Philosophy is embroiled in all this history of the Mediterranean, Greek, Jewish, Arab, Roman, and European worlds (I am leaving aside here the parallels and the differences that link it to Hinduism, Buddhism, Taoism, etc.). In Greek philosophy, the name “god” no longer refers merely to the different kinds of gods, all with their own proper names, but to a category without a name, i.e. the divine. The latter does not indicate a kind of person or of existence but the fact that meaning is infinite and that the truth exceeds all attempts to pinpoint it. Philosophy rejects the possibility of attributing an immutable meaning to words, which entails rejecting the possibility of saying “Blessed be Thou” to some “one” or even to love the whisper of a name.

Even so, anyone can have very good reasons to name No One. No criticism can be opposed to this gesture. The demand of both monotheism and philosophy is simply that the name should not become an idol. It should not become the representation of a “being” or of a “person”. And those who have faith should know that they utter this name, or this misnomer, beyond all possibilities of naming.

The faithful should also know that the one God, or No One, prescribes neither a fixed law nor a determined social, political, or economic regime, even if he does establish a certain number of precepts for his adoration through this or that prophet. Because if all is prescribed, fixed, and unchangeable, divine infinity is denied. God/No One becomes a fetish, that is to say, a false god or an idol. This false god can become an instrument for all sorts of desires for power and domination.

Since all figurations and all names of “god” can be utilized in this way, it is legitimate and even advisable to criticize all instances of its use. This does not harm in any way the faith of those who trust in what lies beyond all names and figurations. On the contrary, it would honor a faith that does not lend itself to being usurped by interests of power and domination. The Christian faith was tainted by the colonizers and the conquerors; this should not happen again.

The true God, or the truth of “god”, lies not in fetishism, that is to say, in the superstition of names, of figuration, and of various representations such as money, arms, verity, purity, salvation, and so on. It truly lies beyond these, in infinity, which is in another world but which opens itself here and now, each time, in the world where we live.

Infinity is neither enormous nor unattainable. It is simply this: not to get attached to something determinate, fixed, identified, named with a supposedly proper name.

Translated from French into English by Patrícia Vieira & Michael Marder

Jean-Luc Nancy is Distinguished Professor of Philosophy at the Université Marc Bloch, Strasbourg. Among the most recent of his many books published in English are “Corpus”; “Dis-Enclosure: The Deconstruction of Christianity”; “Noli me tangere: On the Raising of the Body”; “The Truth of Democracy”; and “Adoration: The Destruction of Christianity II”. 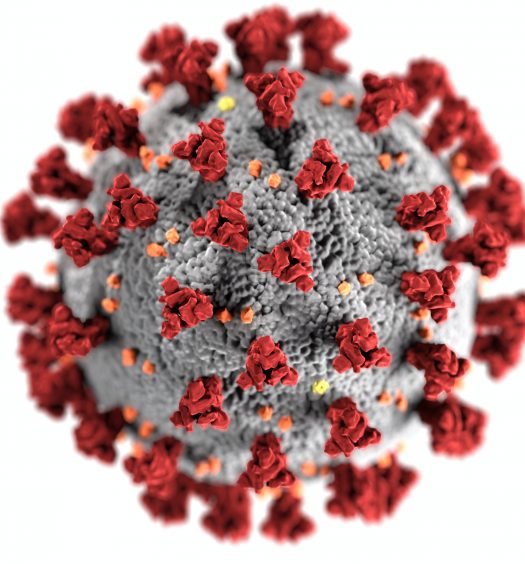 Read More
Biopolitics and Coronavirus: A View from Italy