The direction of technological progress is precisely and deliberately determined by those with state and corporate interests. As Julian Assange has shown, the giants of Silicon Valley have long been organizing their technology to work in conjunction with the political power of the establishment. Yet, when technological innovations emerge, they are presented as the result of the inevitable advancement of technology which proceeds in its own apparently progressive and unbiased direction. Much of the Left has internalized this ideology and given up on changing the direction of tech development, working only on limiting the damage done by technocapitalists. Instead, the Left needs to become critically involved in the development of technology itself.

When new technology materializes, it is understood to be the result of fate or of chance, as if such developments were always-already destined to happen or as if innocent research contained the potential to stumble on each life-changing innovation. Even satirical news sites reflect the normalization of this assumption, as with The Onion title ‘What If We Try This? Asks Robotics Grad Student About To Eliminate 30% Of Workforce.’ This attitude obscures the politics that are necessarily in place to facilitate the emergence of the technology and implies that the only thing we can do is respond to inevitable developments. A popular tech site re-iterates this general line:

“Technological progress is neither good nor bad; it just is. There’s no point in worrying about it, and there is certainly no point trying to add some narrative about the ‘good ol’ days.’ All we have to do is adapt.”

This pseudo-Leftist rhetoric uses the nostalgic response of the ‘good ol’ days’ as the apparently backwards and conservative position, before propagating accepting the inevitable future as the progressive one. Much of the Left seems to share this view and have mobilized to propose solutions that aim only to limit the damage of apparently inevitable technological developments.

Two of the better-publicized of such solutions to the ‘automation crisis’ that will ensue when robots dominate the workplace are the Universal Basic Income (UBI) and the shorter working week.

The premise of the shorter working week is that since automation will reduce the number of openings on the job market, humans will divide the remaining work more evenly to reduce the number of those left completely unoccupied. Mass deployment of self-driving trucks, to use one example, is just a few years away and contains the potential to render over 3.5 million people jobless in the US alone. The shorter week would limit the destructive effects of such innovations, but the problem is that eventually too many jobs will be automated for this to be a viable long-term solution. The Obama administration estimated that  83% of low-paid jobs (under 20$ per hour) will become automated. As such, unless we design robots to get tired and need lunch breaks, holidays and leave for the rearing of robotic children, they will cover such a great share of work that we’d each be working a 30-minute week conducting the few tasks that will still require a human. The shorter working week may be a useful damage limitation strategy, but it is an inadequate response to automation.

The UBI is more complex. Originally a rightwing proposal, writers like Srnicek and Williams have demanded a UBI for the Left. Nevertheless, it seems likely that if it is implemented in the US, its terms would yet again be drawn up by those with corporate and state interests. The alarm bells should ring that Mark Zuckerberg joined calls for a basic income, even if the idea has long since appealed to venture capitalists. One reason for the tech giants’ support for the idea is their fear – as those who create the job-stealing robots – that they will bear the brunt of revolutionary critique from the newly unemployed. While they will appear liberal and altruistic, a la Zuckerberg, the real motivation is to keep social unrest to a minimum while retaining maximum profit.

We are experiencing an erasure of distinctions between work and leisure that is designed to maintain the power of the technocapitalist superclass. If everyone is paid regardless of the ‘work’ they do, a near-certain result is an increase in the amount of time spent online generating content which is turned into revenue for corporations. Asking ‘what will we do in the post-work utopia?’, Smith and Pffanebecker counter some of Srnicek and Williams’ optimism about the post-work age of automation:

“The ideological, economic and political measures they present do not take account of the problem of desire. Our desires are never simply our own, and therefore work can never be driven simply by ‘our own desires’.”

In a work-free utopia, people will be completing revenue-generating tasks for tech giants, even when they think they are acting in their own interests, while subsidized (badly) by a low level of basic income. As ‘Wages for Facebook’ curator Laurent Ptak writes:

They say it’s friendship. We say it’s unwaged work. With every like, chat, tag or poke our subjectivity turns them a profit. They call it sharing. We call it stealing.

Zuckerberg’s support for the UBI perhaps comes as a preferable and cheaper alternative (for him) when compared to Ptak’s more radical demands to be paid for each Facebook post.

However, there could be a problem even with Ptak’s position. Speaking of housework and unpaid work, Slavoj Žižek writes that rather than ascribing a value to everything, we should ‘assert and expand spheres not caught in the production of (market) value, like household work or “free” cultural and scientific work.’ From this perspective, the UBI would be the ultimate triumph for capitalism, finally subsuming everything into the market. In a world in which we are being paid for everything (child rearing, Facebook posting and traditional work), no activity is left outside of a system of capitalist valuation. While most were convinced Facebook paying its users wages was ludicrous, it seems to be on the brink of happening in the form of a UBI that underpays everyone to work long hours for corporate profit. If the UBI is to be progressive, the terms must not be determined in Silicon Valley.

The shorter working week and the UBI follow the false ideology of technological progress outlined at the start of this article, thinking of only responses to apparently inescapable technologies. Such responses have validity because they react to developments which are unlikely to be prevented. However, they must be accompanied by another even more vital task: the recognition that there is nothing inevitable about the direction of technological progress and that progressives can affect the future of technology itself.

In addition to thinking about what to do when the robots arrive, the Left must become critically involved in determining the kinds of robots in production and who they will serve. We must lay the theoretical groundwork for the next generation who will know how to use and create technology in a way that the present generation do not. While Silicon Valley currently swallows all the most talented developers, the future will be different -with more young people developing programming skills -and progressives can influence the direction of advancement rather than simply respond with emergency solutions.

There are pockets of such left-tech already. Matt Goerzen asks whether the Left can ‘meme,’ Francis Tseng creates anti-capitalist videogames, the Xenofeminsts repurpose technology for a feminist agenda and The New Inquiry create apps to show ‘white collar crimes’ committed by businessmen and government officials. Such attempts show the potential – still small – to wrest technology from Silicon Valley.

Nevertheless, these are the start of a long project, and they still pale in comparison to the uses of technology by our opponents. The ‘alt-Right’ have rapidly organized to twist tech developments to their agenda. They have deployed anti-Semitic browser tools, used data-mining to ‘scientifically’ prove white supremacy and gathered on 4Chan and 8Chan to deploy WikiLeaks’ Clinton emails to manipulate the US election. When Microsoft released their Tweeting AI, they took minutes to launch a ‘co-ordinated effort’ to use the algorithm to disseminate racist and misogynistic propaganda. The Left should not emulate the alt-Right, but it needs to mobilize faster and more coherently in its uses of technology.

To unify this work on left technology, we need to call for a new kind of ‘robot rights.’ Instead of debating whether the robots-to-come should be given legal status, another move that will serve the technocapitalists, we should fight over the ethics of who the robots-to-come will be. If robots render the work of an entire demographic obsolete, it is not because that is where technology has always been headed but because that is where corporate ideology has taken it. The question of ‘robot rights’ then, should not be about wondering whether we should treat robots like people, nor should it be an argument about embracing or rejecting new technologies. Instead, it should be fighting over how robots are to be programmed and reprogrammed. At the moment, the Left has little say in this conversation, but this can change.

Alfie Bown is author of Dream Lovers: The Gamification of Relationships, forthcoming with Pluto Press, commissioning editor of Sublation Press, and the co-host of The Lager and Ideology Podcast, a weekly current affairs chat show. 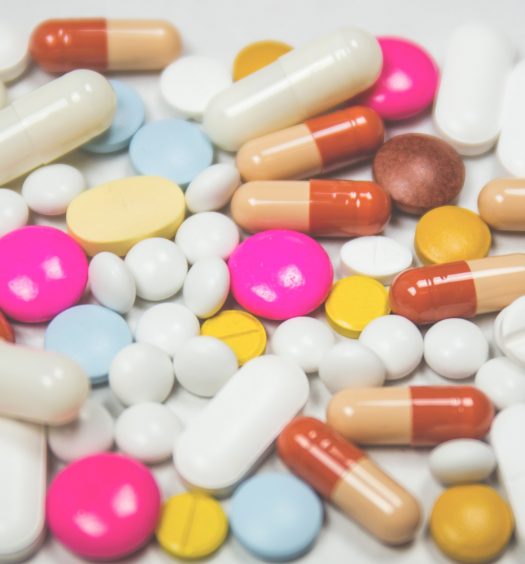 Before Power, After Life

Read More
Before Power, After Life

The Unbearable Slowness of Change: Protest Politics and the Erotics of Resi...

Read More
The Unbearable Slowness of Change: Protest Politics and the Erotics of Resistance