Humans love animals more than ever before. We protect them, mourn their deaths, and accept them into our families. Is interspecies love laying the groundwork for a more ethical relationship to the earth we all share?

What does it mean to love the earth, this rich network of relationality that sustains earthlings, as our shared home? In Darwinian terms, love is the social instinct that drives all sentient beings towards tenderness, compassion and cooperation. Darwin imagines the evolution of tenderness and “sympathy,” which become “virtues” that are passed on, initially by a few, until they spread and eventually become “incorporated” into life as we know it. Sympathy not only gives rise to compassion and cooperation, but also to empathy and play. In other words, social bonds are formed through various manifestations of love as the dynamic force of life.

Zoologists and primatologists have confirmed that play is important in establishing empathy and social bonding in many animal species, including humans. For example, recently, psychologist Alison Gopnik proposed that “humans’ extended period of imaginative play, along with the traits it develops, has helped select for the big brain and rich neural networks that characterize Homo sapiens.” And neuroscientist Paul MacLean argues that play is essential in the evolution of empathy in the human species. Moreover, he links play to the formation of a sense of social responsibility. There is increasing evidence that empathy and a sense of ethical responsibility for others within and across species is not only present in the so-called animal kingdom, but also is continuing to evolve in the human species.

Primatologist Frans de Waal’s pioneering work on the evolution of morality from, and within, our animal ancestors to humans makes evident that animals are empathic and have a sense of responsibility for others, which can be seen as a proto-ethical, if not also an ethical, response. Studies of rats and monkeys indicate that they would rather go without food themselves than witness pain inflicted on others. Sharing and grooming behavior in animals also indicates a sense of gratitude and reciprocity that could be interpreted as proto-ethical behaviors.

It is becoming clear that our moral sense or conscience has evolved from animal sociability, and that any animal that develops a certain level of intellectual ability will develop moral sensibility. Perhaps, we can learn from nature and from animals about empathy and sharing, lessons that can only help us cooperate in our increasingly globalized world. De Waal’s research suggests not only that empathy evolves within species, but also that empathy evolves between or across species. In this case, the biosphere is evolving to be more empathetic. Certainly, humans are becoming more empathic towards other animals.

Increasing concern for animals among human beings, especially in Europe and the United States, signals shifting attitudes towards not only our animal companions, but also other animals with whom we share the planet. In the last few decades, our attitudes towards animals have changed dramatically. Now, in Europe and the U.S., more people live with companion animals than do not; and many consider these animals part of their families. Laws protecting animals and promoting animal rights are changing to reflect these changing attitudes, especially recent laws protecting primates in Spain and elsewhere. If this trend continues, within the next few decades we may live in a radically different world where animals are extended empathy, compassion and rights never before imagined appropriate for their kind. Indeed, with technological advances in the production of proteins for human consumption, we may see the end of factory farming. And with continued recognition of the importance that companion animals play in our lives, and their positive impact on mental, emotional and physical health—that is to say our dependence on them—we may see mixed species households and families as the norm and no longer the stuff of science fiction. Indeed this fundamental change in our relationship to other animals, both particular animal species and animals in general, may be the most significant development of our era.

A Special Bond to the Earth

Interspecies sympathy and love may be evolving for the sake of the biosphere. The biodiversity upon which our biosphere depends may require interspecies cooperation, and interspecies love. Given what human beings have done to destroy ourselves and to destroy the habitats of various species and slaughter others, human attitudes towards our earthly companions need to evolve if we are to learn to share the planet. Our changing attitudes towards other animals signals a new era of interspecies relationships. The dramatic shift amongst many people in developed countries to consider companion animals as family, and to love and mourn them, is evidence of the evolution of sympathy and love.

Can interspecies cohabitation become the ground for ethical responsibility to earth and its inhabitants? To say that we are earthbound creatures is to say that we have a special bond to the earth. We belong to the earth, just as it belongs to us. Rather than ownership, this sense of belonging harkens back to a more archaic sense of the word that conjures love as longing and companionship. It is not just that we share physical space, or proximity, on the surface of the earth, but more significantly, we share a special bond to the earth as our only home, whether home or habitat. This singular bond of all living beings to the earth and to other earthlings directly, and indirectly, obligates us to the sustaining possibility by virtue of which we not only exist and survive, but also live and thrive. Through our relationships with others, human and nonhuman, organic and inorganic, our earthly cohabitation is imbued with meaning. Even if we do not share a world, we do share the earth. 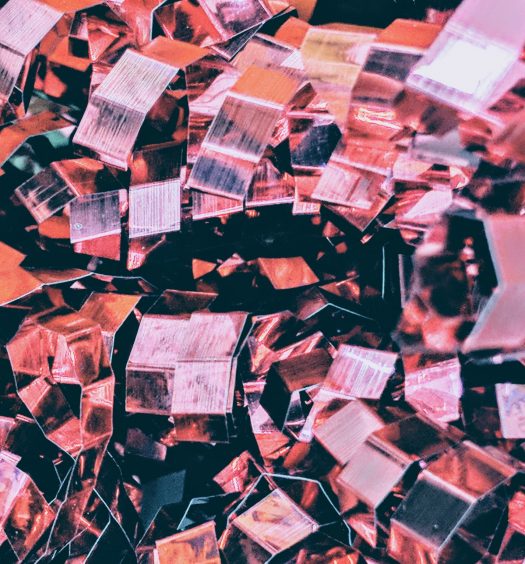 Myth and Mayhem: A Leftist Critique of Jordan Peterson

Philosophy as a Bloody Affair