In early June, after almost three months of sheltering in place that culminated in a tumultuous week of protests, clashes, and curfews, New York City started its phased reopening. It was then that it began to dawn on me that while the shutdown had likely kept me and my loved ones physically safe, we might have lost our grip on reality in the bargain. My wife tried to tell me that it had been 13 weeks that we had been home in our apartment with our three children, working and learning remotely while bickering and fighting at close quarters. I asked if she didn’t really mean 13 days. Or maybe 13 years? I thought that I should have been able to tell the difference, but I could not. I only knew that April never happened.

Our experience, which I gather is not unique, shows that our sense of what’s what is closely bound to our sense of what’s when, and conditions that will warp the one are sure to warp the other. For it is not simply time that so many of us lost sight of within the fog of the pandemic but likewise a sense of truth. It seems that when we continuously refresh our attempts to make sense of what is happening and what we can do, we no longer have time for a concept that directs the mind to be still and know what is and is not so.

That might sound confused given that it is precisely the sense of timelessness that lends the concept so much of its significance.  Even the most mundane and temporally situated of happenings take on the lustre of eternity when we think of them as true. Last Tuesday’s lunch will always and unalterably be leftovers from the previous night’s dinner. But what happens when ‘last Tuesday’? has lost its meaning?  How can we trust our memories of the past when we no longer have memories to trust?

To see why these questions matter, consider why we have the concept of truth at all. As many philosophers have noted, the concept (and the word we use to express it) is invaluable, perhaps even essential, for enabling both indirect and large-scale endorsements of assertions.  Everyday statements such as ‘What Walter said was true,’ and ‘Everything the Bible says is true’ allow us to avoid repeating word for word what Walter said or reciting the Bible cover-to-cover to in order to register our agreement.

But now notice that this role for the truth concept only becomes relevant when it is possible for people to disagree about what to believe. What reason would anyone have to make an endorsement, indirect or otherwise, if there were guaranteed uniformity of belief?  We have no such guarantee, of course, and for good reason: we’re all different; or, as Hannah Arendt made the point, “we are all the same, that is human, in such a way that nobody is ever the same as anyone else who ever lived, lives, or will live.”[i]

It is ultimately because of our duelling and ever-changing subjectivities that we have established the recourse of objective truth. While we often joyously revel in our individual novelty, our inescapable peculiarity routinely leaves us at odds with each other and with ourselves over what to believe. And since the consequences of these disagreements can quickly escalate from the mildly inconvenient to the mortally tragic, we need some means to settle the disputes among different people about what is the case, as well as overcoming the incompatibilities between our own present thoughts and past convictions.

Yet truth doesn’t settle these disputes directly. When confronted with incompatible claims, we reflexively think that we ought to believe the one that is true (if either is), but statements do not come pre-labeled as being true or false. Concluding whether to believe that protesting in the streets will accelerate the spread of the coronavirus or that it won’t requires thinking about the nature of the virus and its modes of transmission, not about the nature of truth. Only after we have satisfied ourselves as to what the available evidence says do we then honor a claim as ‘true’ and urge others to recognize it as such and believe. Our concept of truth is coercive, not decisive.

Under normal conditions, truth has a regulative function; in the technical jargon of philosophers, the concept of truth is ‘normative.’  When we judge that a certain claim is true we usually prohibit ourselves from believing its contradiction—or, should any such claim prove sufficiently compelling, we find ourselves revising our original belief.  Such scrupulousness, however, depends on our ability to remember what we have already believed to be true. When our memories become incapacitated we soon find ourselves mired in what might be called the non-binding normativity of now, a condition where the beliefs we dignify as true today place no constraints on what we believe tomorrow.

This is why our societal response to the pandemic was so personally disorienting. ‘Pausing’ life as we have been accustomed to living it resulted in the blending of one day into the next. Having no ability to plan for the future, and having lost the ability to track the past, many of us became unmoored from our temporal condition only to be marooned in an interminable present without contrast. The longer our communities remained shut down, the more our situation resembled that of the helpless characters in 1984.

“Between life and death, and between physical pleasure and physical pain, there is still a distinction, but that is all. Cut off from contact with the outer world, and with the past, the citizen of Oceania is like a man in interstellar space, who has no way of knowing which direction is up and which is down. The rulers of such a state are absolute, as the Pharaohs or Caesars could not be.”[ii]

We can forgive Orwell for failing to anticipate how infinitely less competent would the leaders in 2020 be compared to his imagined dystopia, but he nevertheless understood the preconditions for the concept of objective truth perfectly. “History has stopped,” Orwell says in another passage. “Nothing exists except an endless present in which the party is always right.”[iii] He does not mean that the party always comes up with the correct policy or perspective, but that without any memory of the past, without any fixed standard of comparison, whatever the party says at any given moment is all the truth there is.

We might have hoped that to avoid these troubles of truthlessness as we began to reclaim what we could of our lives prior to the pandemic. For many of us our sense of time and our ability to remember has been regained. But it is becoming clear that our situation might not have been as simple as that, for among the first things we were forced to recall was that our lives pre-Covid were already being lived in the era of ‘post-truth.’ Something about ourselves, and so our sense of truth, had already begun to change, and the arrival of the ‘novel’ coronavirus may have only accelerated it.

Anyone familiar with the media landscape into which we are now almost entirely immersed will know that it is not a place we go to settle our disputes.  We do not take to Twitter or Facebook or FOX news in search of clarity about world. What we seek is a community that shares our worldview. As last month’s drama at the New York Times over the publication of an opinion-piece revealed so plainly, we rely on these ideologically-individuated information hubs for solidarity of sentiment and not for open discussion of ideas. If the concept of truth is being marginalized in our social discourse that is because we are increasingly engaged in matters that do not require it.

The most obvious candidate for what we are up to is the reimagining of who we are and what we are about. Our time is distinguishing itself as one where we take the most urgent human business to be redefining our realities to better suit our needs rather than trying to know a single reality to which we are all subject. In other words, pandemic or not, the time in which we live might not be a time for truth after all.

Joseph S. Biehl is the founder and executive director of the Gotham Philosophical Society and Young Philosophers of New York. He is the co-editor (with Sharon Meagher and Samantha Noll) of The Routledge Handbook of Philosophy of the City, (Routledge, 2019). He is currently writing The Dawning of the Age of Protagoras, a book on the perils and possibilities of living in a post-truth world.

The Fall That Makes Us Like God, Part I

Read More
The Fall That Makes Us Like God, Part I 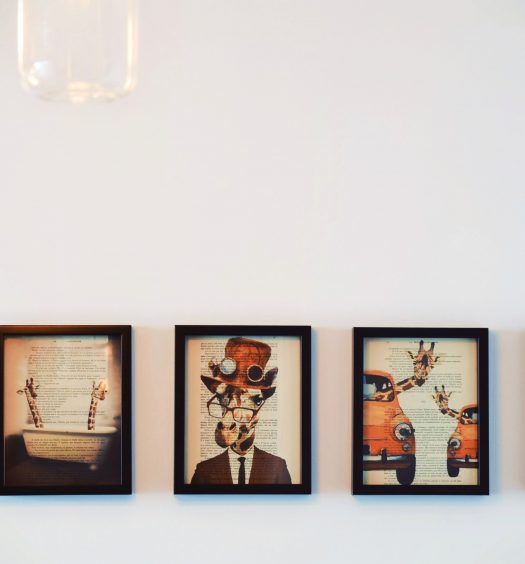 Read More
On Art: What Is the Alternative When There Is No Alternative?