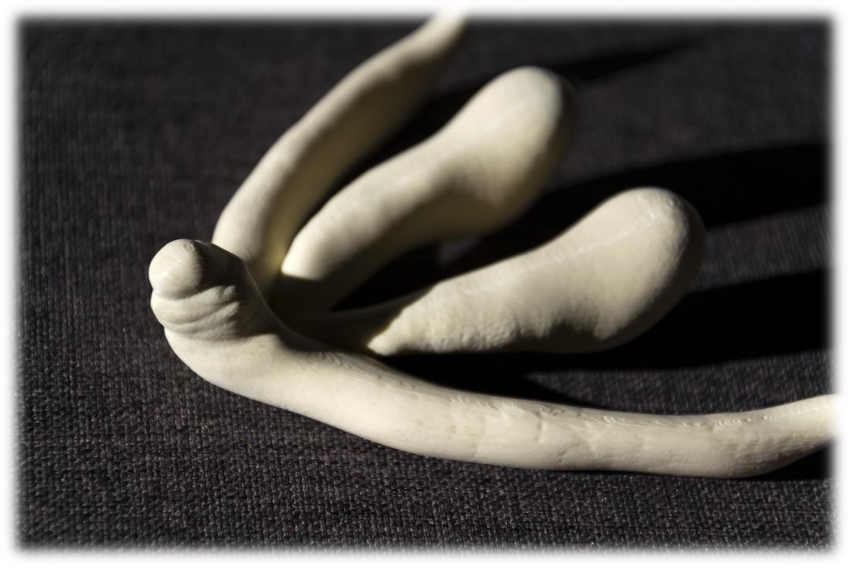 An obscene event occurred back in 2012. In an effort to explain his stance on abortion, Representative Todd Akin, the Republican Senate nominee from Missouri, provoked ire across the political spectrum by saying that in instances of what he called “legitimate rape,” women’s bodies somehow blocked an unwanted pregnancy. Responding to this ire, Akin claimed that he has “misspoken”: he really wanted to say that there are “legitimate cases of rape” where penetration is really enforced, but that, if the victim shows signs of consent (say, getting wet and excited), this, then, is no longer a legitimate case of rape… I think the confusion reveals the truth. What Akin really wanted to say precisely what his “misspoken” formulation says: in some cases, rape is legitimate since the victim showed signs of participation, which means that it really wasn’t a rape…

A closer look at the clitoris makes clear the mistake of Akin’s reasoning. The clitoris is the pleasure center of female reproductive anatomy. It is not just the tiny nub of flesh located at the top of the genitals (vulva); it consists of a complex network of erectile tissue and nerves, with parts located inside and outside your body. The Greek word “kleitoris” means “little hill,” but this little hill (protected by a cloak of skin, or the “clitoral hood,” which is found over the urethral opening) is just the tip of a much larger octopus-like organ.

We should not be afraid to go a little bit further here and take this metaphor of an octopus a little bit more literally. The true counterpart of male castration is not just clitoridectomy (in the narrow sense of cutting out the tiny bit that is visible) but the excision of the entire organ. What remains is a “castrated vulva,” a flat surface with the vaginal hole that doesn’t react to caressing and penetration—no rhythmic squeezing that bears witness to pleasure. We should therefore conceive the entire octopus-like clitoris as a kind of parasite, a foreign body attaching itself to the space around vaginal opening: it is only this parasite which sexualizes the vaginal area.

The distinction between vaginal and clitoral orgasm, as well as the distinction between who is active and who is passive in sexual intercourse, are thus rendered problematic. Bodily reactions associated with feminine orgasm (rhythmic squeezing of the muscles around vaginal opening) are products of the clitoral muscles. The form of sex that renders this fact clear is the so-called “Singapore grip,” the sexual act in which during intercourse both the man and the woman are stationary: the man lies on his back while the woman sitting on him brings both to orgasm not by her movements but just by clenching her vaginal muscles. (There is, of course, a colonial reading of this grip: a white man in Singapore was too lazy to even properly make love to a local woman, she had to do the work… But there is also a feminist reading, which undermines the predominant opposition of man as active and woman as passive.)

My Octopus Teacher (2020, Pippa Ehrlich and Craig Foster, South Africa), the Oscar-winning documentary about a man establishing a kind of relationship with an octopus which circulates around him and plays with him, massively changed our eating habits, making thousands all around the world stop eating octopuses. However, the film avoids the key question: do octopuses establish the same intense links also among themselves, or was the octopus in the movie just “hystericized” by the weird behavior of the diver? Whichever is the right answer, can we not imagine the movie as the metaphor of a man erotically interacting with a clitoris, which playfully circulates around him and even comes to rest on his chest?

Back to Akin, all this renders problematic the idea that how the body reacts to penetration determines if rape was endorsed or not by a woman. The fact that the vaginal hole gets humid has nothing to do with clitoral muscles, which generate pleasure. However, leaving behind the obvious falsity and vulgarity of Akin’s reasoning (his “misspeaking” reveals his anti-feminist “surplus-enjoyment”), I want to draw the parallel with the Russian attack on Ukraine since the metaphor of rape was also evoked from the Russian side.

At a press conference on February 7, 2022, Putin noted that the Ukrainian government did not like the Minsk accords and then added: “Like it or not, it’s your duty, my beauty.” The saying has well-known sexual connotations: Putin appeared to be quoting from the song “Sleeping Beauty in a Coffin” by the Soviet-era punk rock group Red Mold: “Sleeping beauty in a coffin, I crept up and fucked her. Like it, or dislike it, sleep my beauty.” There is a clear reference to rape here, which means Akin and Putin agree that there are cases when the rape of a country is “legitimate,” i.e., justified, and such male-chauvinist obscenities are the (not even so hidden) truth of the proponents of traditional Christian values. 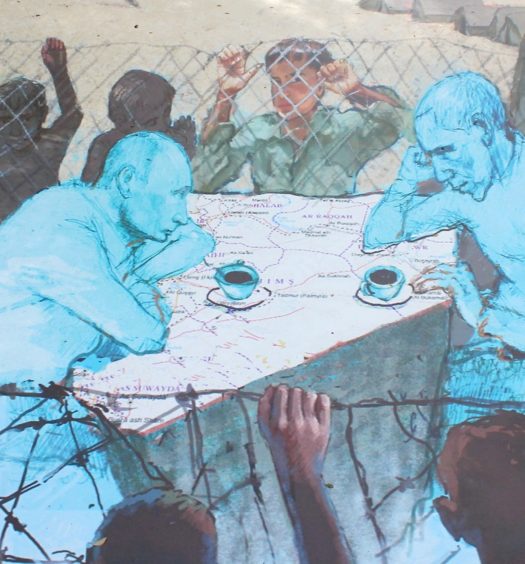 By Sea and by Land: European Migration Routes

Read More
By Sea and by Land: European Migration Routes

Read More
The R-Files 6: A. Hamza on Love