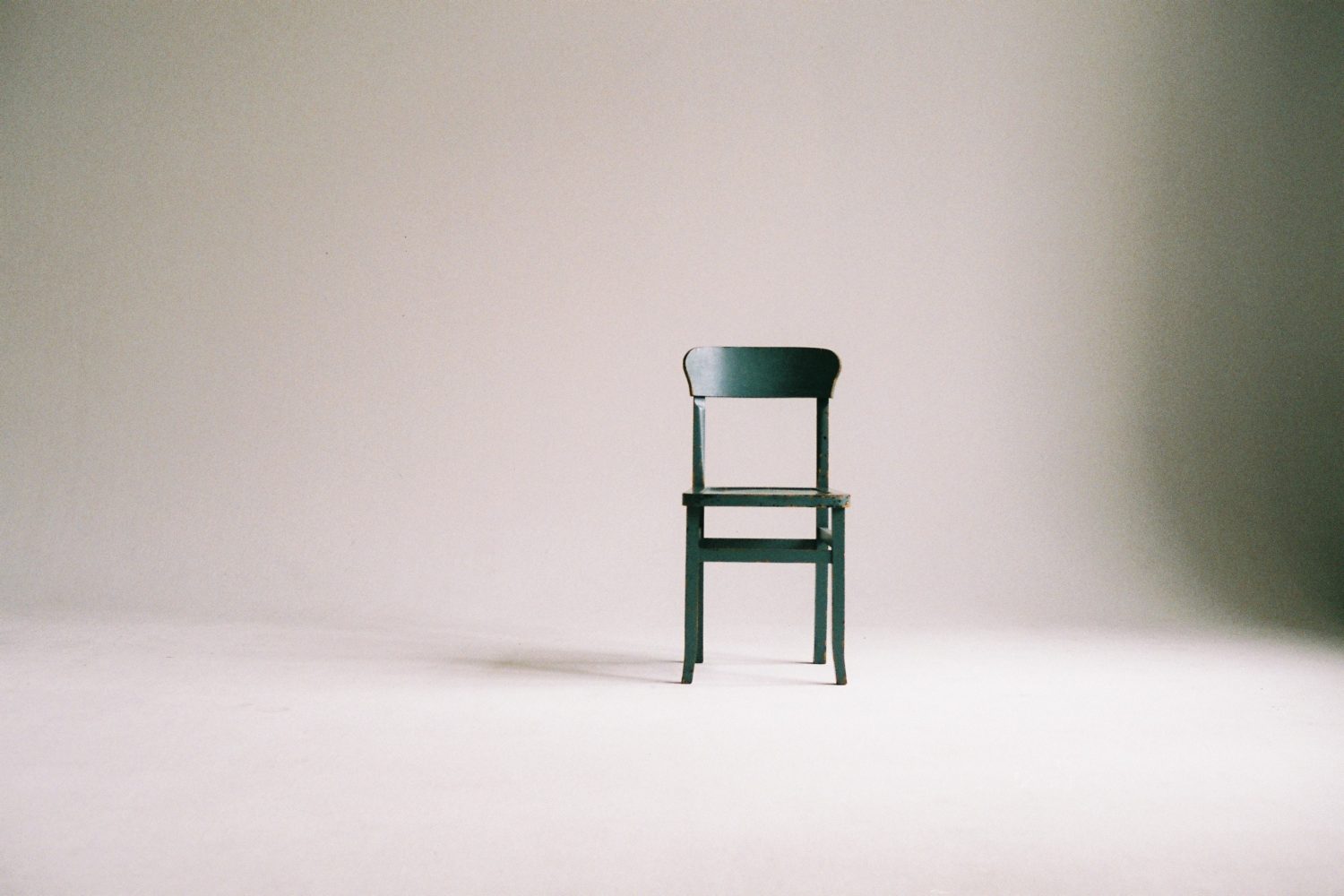 “La conjuration des imbéciles” is the title of a short essay by Jean Baudrillard published in Libération on May 7, 1997. Reflecting on the political success of Jean-Marie Le Pen’s Front National, Baudrillard lashes out against the conformist moralism of the left. Two questions from that text strike at the heart of our present: ‘Is it possible today to utter anything unusual, insolent, heterodox or paradoxical without being labelled a far-right extremist? […] Why has everything that is moral, compliant and conformist, which was traditionally on the right, now moved to the left?’ Baudrillard argues that the left, ‘by stripping itself of all political energy’, has become ‘a purely moral jurisdiction, the embodiment of universal values, champion of the kingdom of Virtue and guardian of museum values ​​of the Good and of Truth; a jurisdiction that can hold everyone accountable without having to answer to anyone.’ Given this depressing context, ‘repressed political energy necessarily crystallizes elsewhere – in the enemy’s camp. The left, therefore, by embodying the reign of Virtue, which is also the reign of the greatest hypocrisy, can only feed Evil.’

Baudrillard’s argument proves useful to understand our epoch’s ideological obsession with Evil. The narratives of Evil that fill our collective imaginary serve to consolidate the illusion that globalized capitalism is morally grounded. This illusion is increasingly necessary for a world that has eliminated all external referents: a global economic system approaching saturation cannot stand on its own feet. The more capitalism perseveres in liquidating anything that refuses to comply with its laws, the more it implodes. And the more it also becomes hostage to a perverse logic based on the fantasy of a ferocious enemy ready to annihilate us.

Today’s Evil often emerges as an obscene populist mob, that ‘basket of deplorables’ (Hillary Clinton) whom we all love to hate. The liberal-democratic forces of the planet fight the populist rabble by drawing on the inexhaustible narrative repertoire of fairy-tales and of Hollywood, where the Good eventually triumphs. However, the humanitarian war of today’s moralizers is so heartfelt that they conveniently forget how the humanity they want to save has already been plundered, crushed, and at best sold off to the highest bidder precisely by the knights of the liberal apocalypse.

There is a simple claim in Baudrillard’s text that perfectly captures the hypocrisy I am referring to: ‘Le Pen is criticized for rejecting and excluding immigrants, but this is nothing compared to the processes of social exclusion that take place everywhere.’ Why limit yourself to fighting the racism of those who reject immigrants, when social discrimination is everywhere, in the form of exclusion, ghettoization, slave-like exploitation, and war? Why persist in seeing only populist walls, when globalization itself is increasingly criminal? Perhaps the answer is simpler than it may seem: by pointing the finger at the bad guy, we protect ourselves from the acknowledgement of our intimate collusion with systemic violence. That is to say, we protect ourselves from the viral racism encoded in the DNA of Western liberal democracies, upon which our sacred identities and privileges are founded.

As shown by Domenico Losurdo, the civil conquests of liberal ideology were established in symbiosis with the modern tragedies of slavery, deportation, and genocide.[i] These tragedies return in the diabolical project of neoliberal globalization. The paradox that guides the moralistic drive of today’s “good politics” was perfectly summarised by Baudrillard:

‘If Le Pen did not exist, he would have to be invented. It is he who frees us from the evil side of ourselves, from the quintessence of all that is worst in us. For this, he is cursed. But woe to us if he disappears, because his disappearance would trigger our racist, sexist and nationalist viruses (we have all of them) or, simply, the homicidal negativity of social being.’

Jean-Marie Le Pen did not disappear. He was cloned and slotted into a colourful carousel of monsters whose role it is to distract us from real processes of socio-economic devastation that push millions into misery, despair, and the fratricidal struggle for survival. This suggests that neoliberal ideology sustains itself not only through what Goethe called ‘active ignorance’, or what psychoanalysis knows as ‘fetishistic disavowal’, but also through a duplicitous kind of moralism that immunizes those who promote it.

Drawing on Roberto Esposito’s central philosophical theme, today’s obsession with vaccines should be read as an immunological metaphor that accurately depicts our zeitgeist. While mass vaccination is firmly tied to the logic of profit-making, it also captures the functioning of a global power apparatus that self-inoculates immoral and anti-democratic pathogens in order to stimulate the production of alleged antibodies. From Le Pen to Trump, from Saddam Hussein’s weapons of mass destruction to Islamic terrorism, from the COVID-19 pandemic narrative to Iran’s nuclear program, we are looking at a long series of immunological operations through which we seek to legitimize a blatantly (self-)destructive socio-economic model by unloading its murderous madness on “flavour-of-the-month” evildoers. This is why global governance is fatally addicted to emergency narratives.

As with Colonel Kurtz in Apocalypse Now, the excrescence of Evil is produced by the Good, and it must be eliminated to hide this embarrassing truth. In this respect, Max Horkheimer’s immortal admonition should be kept in mind: ‘Whoever is not willing to talk about capitalism should also keep quiet about fascism. […] The totalitarian order differs from its bourgeois predecessor only in that it has lost its inhibitions.’[ii] For instance, we have been recently persuaded that Donald Trump is responsible for all the horrors of the Earth, from the slavery, upon which the United States of America was built, to the latest “apocalyptic” virus. It does not matter if the empire of Good is accountable for the same Evil it attributes to the other. What matters is that the soft side of our intelligence is not disturbed, because basically we only care about being on the right side of the Good: on the right side of universalism (and its bombs), on the right side of a world ruled by turbo-capitalist imperialism.

In the meantime, the neoliberal knights are weaving the web of the Great Reset, which they like to define as fairer, safer, more resilient, and obviously cloaked in green energy for all. Just take a quick look at the webpages of the World Economic Forum (WEF), which meets every year in the Swiss slum of Davos. There you will find what awaits us: a deadly mix of ‘platform economy’ capable of ‘unlocking prosperity for billions of workers’ (enslaved?), and the commitment of ‘corporate activists [sic!]: companies that take concrete action on the most prominent challenges that we are facing’, i.e. ‘the climate crisis, the increasing disconnection of urban and rural communities, or even the current global pandemic’. Our corporate ‘pioneers of change’ also know that, while spinning their narratives, they must reinvent faith, which is why they rely on decidedly Franciscan slogans like ‘Believe in something, even if it means sacrificing everything’ (millions of human lives?).

‘Welcome to 2030. I own nothing, have no privacy, and life has never been better.’ This is not a cruel parody, but the (again, very Franciscan) title of a short piece by Ida Auken (former Minister for the Environment and now a member of the ‘Danish Social Liberal Party’) which appeared on the WEF website in 2016.[iii] Essentially, Auken tells us about the “communism” to come. In the near future, we will live in model cities where ‘I don’t own a car. I don’t own a house. I don’t own any appliances or any clothes.’ Our private property will truly be abolished. Yet, we will be happy, because in the city of digitized services, freed from traffic and pollution, ‘we have access to transportation, accommodation, food and all the things we need in our daily lives.’ There will be no need to ‘pay the rent’ either, because when we are out cycling or picking daisies, ‘someone else is using our free space’ (true communism!). Shopping will be a distant memory, as ‘the algorithm will do it for me’ since ‘it knows my taste better than I do by now’. With robotics in full swing, work will have morphed into a pleasant activity: ‘thinking-time, creation-time and development-time.’

Although Auken is genuinely concerned about the people ‘who do not to live in our city’, ‘those we lost on the way’, who have perhaps ‘formed little self-supplying communities’, or ‘stayed in the empty and abandoned houses in small 19th century villages’, and although, she writes, ‘once in a while I get annoyed about the fact that I have no real privacy’, since ‘somewhere, everything I do, think and dream of [sic!] is recorded’—despite these small complications, life will be ‘much better’, because we will have defeated ‘all these terrible things happening: lifestyle diseases, climate change, the refugee crisis, environmental degradation, completely congested cities, water pollution, air pollution, social unrest and unemployment.’

It takes only a small effort of the imagination to see how this utopian fairy-tale is actually a dystopian nightmare, for the simple reason that if we no longer possess anything, it is because, after “disciplining” the poor and stripping the middle classes of all access to livelihood, the world elite will truly own everything. Already now, in a time of pandemic restructuring, the big neoliberal financial institutions (IMF, World Bank, etc.) are “helping” poor countries on the verge of default by dint of “generous loans”, while also supporting the strictest lockdowns.[iv] As Daniel Guérin wrote in 1936: ‘When the economic crisis becomes acute, when the rate of profit sinks toward zero, the bourgeoisie can see only one way to restore its profits: it empties the pockets of the people down to the last centime.’[v] Guérin’s final massage, like Horkheimer’s, was clear: ‘any anti-fascism is a frail illusion if it confines itself to defensive measures and does not aim at smashing capitalism itself.’[vi] How can we fail to see that at the heart of today’s ‘creative destruction’ (Schumpeter) there is none other than a new “fascism of big capital”, to paraphrase the title of Guérin’s book? The goal of the pandemic psychodrama imposed on us is the devastation of what remains of the real economy, aimed at the stipulation of a new Leviathanic social contract (the Great Reset) in which our own survival will depend on the “charitable” intervention of supranational monetary institutions.

The “new normal” is the reshaping of humanity so that it accepts Capitalism 4.0, based on the fourth industrial revolution. Global governance in the field of bio-security is today the most evident expression of this despotism, which finds its perfect economic expression in the so-called “stakeholder capitalism”: while gobbling up huge stock market profits, managers and shareholders of large multinationals also control a powerful political and media-friendly front driven by philanthropic sensitivity. This is the greatest paradox of our time: the 0.1% – the winners of globalization, the most predatory class in the history of humankind (from Bill Gates to Warren Buffett, Bill Clinton, Mark Zuckerberg, George Soros, etc.) – are also socially committed to supporting noble causes such as health and the fight against world hunger. Thanks to their donations, these philanthropic prophets of Franciscan capitalism exercise an increasingly despotic influence on governments and their fragile institutions. The interlacing of money, power and lobbying alliances deprives politics of the last crumbs of potential autonomy, to the point that democracies all over the planet now welcome our philanthropic predators with open arms, without even asking questions. Moral blackmail works, which also means that capitalist implosion is not necessarily explosive: it does not automatically produce revolutionary contradictions, as many Marxists believe. Rather, in its current phase the implosion of capitalism generates once again its own fascistic deterrence. To focus our energy on fighting anything else is, perhaps, the most dangerous mistake.

[iii] The title on the WEF website has been recently changed.

[iv] See the second chapter of the ‘World Economic Ourlook’, published by the IMF in October 2020: https://www.imf.org/en/Publications/WEO/Issues/2020/09/30/world-economic-outlook-october-2020 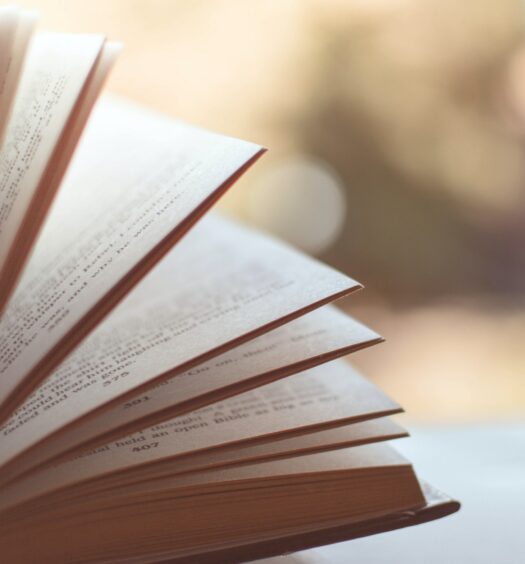