As the Israeli military continues to carry out its anti-kite air raids in the Gaza strip, another war has been raging in the mainstream and social media about Palestinian humanity. Whereas Palestinian activists in the occupied territories are busy refuting the claims that reduce the Palestinian struggle for freedom to a humanitarian issue, as a recent op-ed in the Arabic Alquds newspaper argues, diasporic Palestinian activists have been spotting the light on the persistent denial of Palestinian humanity in Western and pro-Israeli circles. They are rightly outraged not only at the dehumanization of Palestinians as mindless Hamas zombie terrorists in mainstream media, but also at the charade that, in Robert Fisk’s words, the “Palestinians are a non-people.”

The problem is not only that humanization and dehumanization are slippery terms that are subject to reversals, but they also posit the struggle in non-political and cultural terms that have already been compromised by a long history of colonial and liberal notions of humanness. In fact, it has also become the current US administration’s response to ameliorating the living conditions in the Gaza strip. Moreover, these arguments about the humanity of the Palestinians have backfired in a politically-correct multicultural context, in which the battle over Palestinian and Jewish dehumanization can only neutralize and moot each other.

This is neither the first nor last time that Palestinian humanity has been the subject of a heated debate. Like many other oppressed and disposable out-groups, Palestinians have been called upon time and again to prove their humanity to the world. Ironically, these calls are issued forth right in crisis periods, when the Palestinians have been subjected to brutal, calculated campaigns of violence, genocide and destruction. However, the grounds for articulating the basis of Palestinian humanity have shifted in the post-Oslo accords era.

Literature on the subject shows that the term humanity is not a given, but a dynamic process that slides among four different categories in relations between in-groups and out-groups: humanity, dehumanization, infrahumanization, and rehumanization. These dynamics are also mediated by third parties. It also shows two main referents for the term humanity: Human nature and human uniqueness, what is essential about being human and what is distinctive about humanity as a species, respectively. These shifting and reversible terms demonstrate that people can be denied humanity one day and granted human status another day. This is not a solid ground for a struggle.

Nonetheless, international law has been impotent in guaranteeing the protections and safety for Palestinians in the face of the thick Israeli record of human rights violations in the occupied territories and Gaza. Needless to mention, the US has been the major obstacle to actualizing this aspiration, even though the current US administration has coopted the same language of human rights and humanitarianism. The Israeli newspaper Haaretz reported that Trump asked (ordered?) Gulf countries to invest in Gaza’s economy as a prelude to his attempt to pitch the “deal of the century” to the world community.

The problem is that humanitarian intervention ideologues do not take the term humanitarian seriously—they merely pay lip service to it or put it under erasure. As the Slovenian philosopher Slavoj Zizek argues, humanitarian interventions are grounded in clear political motivations and presuppose an absolute victim who is reduced to nothingness and incapable of defending itself. Obviously, for the gods and goddesses of the international human rights regime, Palestinians have not met their preconditions to be worthy of all human rights goods.

The Shift to Non-violent Resistance

In the aftermath of the Great March of Return, the grounds for attributing humanity to the Palestinians shifted from human rights to commitment to non-violent resistance.  Commentators invoked the non-violent and peaceful demonstrations that characterized the March as incontrovertible proof of Palestinian humanity. As one journalist wrote, “the Palestinians are forcing the world to see their humanity.”

Appeals to non-violence have to be understood in the context of the categorical liberal renunciation of violence in all its forms, even though the right to resist an occupying force, for example, is enshrined in international law. For liberals, as Zizek states in one of his essays, “violence is never legitimate, even though it may sometimes be necessary to resort to it.” Zizek suggests that from a radical emancipatory perspective, this motto should be reversed: “For the oppressed, violence is always legitimate (since their very status is the result of the violence they are exposed to), but never necessary (it will always be a matter of strategy whether or not use violence against the enemy).”

What needs to be emphasized is that not all Palestinians are encouraged to renounce violence. The Road Map sanctions violence on the part of the PA security forces to combat terrorism, including “commencing confiscation of illegal weapons and consolidation of security authority, free of association with terror and corruption.” The demand for non-violent resistance is ultimately embedded in the semi-state’s exclusive monopoly over violence as we have recently witnessed in the brutal repression of the demonstrators in Ramallah over the deteriorating economic and social conditions in Gaza. This is not a fight over humanization, but a symptom of the eruption of the class struggle in Palestine in all its ugly realities.

These debates about Palestinian humanity were met with denunciations of the dehumanization of Jews and Zionists by leftist circles on account of their purported anti-Semitism. The backlash came pretty quickly: In an op-ed for The Washington Post, Tru’ah’s Executive Director Rabbi Jill Jacobs apologizes for and defends the horrors of Israeli violence against Palestinians during the Great March of Return. Jacobs is clearly interested in a dehumanization Olympics, in which the humanity of Jews and Zionists matters more than the Palestinians.

Nonetheless, she hypocritically implies that she is interested in a movement that “requires caring about the dignity, well-being, concerns and self-determination of all people.” She does not acknowledge the humanity of the Palestinians in her piece, not even once. In the process, she co-opts a charge levelled against Palestinians in mainstream media to talk about the victimization of the Israelis who are allegedly blamed by leftists “for their own deaths.”

This might be the lesson of the controversy over American Jewish comedian Roseann Barr’s anti-Palestinian “Hitler cookie joke.” Asked recently whether the cookies in her infamous “The Oven Feelin” photos were Jews, she retorted, “No, it was not Jews; it was Palestinians.” Even though the original photos appeared in a satirical Jewish magazine, these photos were met with such an intense uproar that the magazine had to come to her defense and pull the issue out.

At one level, this shows that dehumanization of the Jews is unacceptable in mainstream public discourse, whereas the infra-humanization of the Palestinians is still legitimate—Barr did not expect and will not confront any backlash against her dehumanization of the Palestinians. Ironically, though, Barr seems to be unwittingly drawing implicit parallels between the Israeli Zionist-settler colonial project and apartheid politics and the Nazi extermination of 6 million Jews. If the cookies are not really Jewish but Palestinians, then the one responsible for their extermination is not Hitler but the Israeli government. Such parallels should be rejected outright, even though they might fit in with Barr’s earlier criticism of Israeli genocidal politics.

But the real problem with Jacobs’ essay is that she opportunistically refers to the horrors of anti-Semitism and the dehumanization of the Jews, while conveniently ignoring the role Zionist anti-Semitisim plays today in recycling and spreading anti-Semitic tropes and rhetoric. The Israeli and Zionist establishment has made allies with right-wing populist nationalist and white supremacist forces that have been known to spew anti-Semitic propaganda. Trump’s recent “infestation” comment reeks of noxious anti-Semitic Nazi language.

The fiasco of the opening of the US embassy in Jerusalem speaks loud and clear about the complicity of the Israeli and Zionist establishment in the promotion of Evangelical Christian anti-Semitic discourses that use the Jews as tools for the realization of their pre-millenarian dispensational prophecies. Moreover, this Zionist anti-Semitism has also targeted Jewish organizations that are critical of Israeli policies and Zionist politics. Finally, as Zizek points out, the Israeli government’s calls on European Jewry to immigrate to Israel is the wet dream of every European anti-Semite, for it helps realize their dream of a Europe free of Jews.

Nevertheless, we should reject all nonsensical claims that blame the death of internationally renowned chef Anthony Bourdain as a revenge for his solidarity with the Palestinians and his unapologetic campaign to humanize them. This vile conspiracy theory should be rejected for its underlying anti-Semitic hate.

Articulating the Palestinian struggle for freedom in terms of Palestinian humanity is a slippery strategy. Instead, we need to work with other disposable groups, whom Trump has compared to “garbage and waste,” “worst of the worst” and an “infestation,” in a common emancipatory struggle for freedom and justice. In the context of the geopolitical changes in the region and the world and the polarization of wealth through the consolidation of authoritarian capitalist regimes as well as ultra-right populist nationalist movements, we would do better to invent new ways to align the Palestinians with the “worst-off” parts of the world’s population around the same antagonism that cuts across all our differences. This is the only way to be true to the radically egalitarian message of the Great March of Return.

Jean Vanier and an Ethics of Tenderness

Read More
Jean Vanier and an Ethics of Tenderness 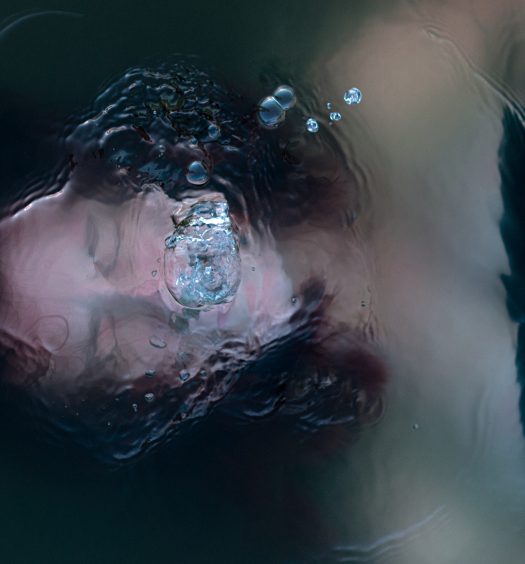