Stasis @ The Salon 1. From the Quarantine to the General Strike: On Bataille’s Political Economy

By Oxana Timofeeva  •  2 years ago

Stasis @ The Salon 1. From the Quarantine to the General Strike: On Bataille’s Political Economy

This essay opens a new rubric Stasis @ The Salon, in which we will publish selected fragments from new issues of the journal Stasis, covering a broad range of topics, from the purely philosophical (such as negativity) to the culturally and historically specific (such as social movements, religion, and sexuality). The new rubric, and the journal it is based on, aim to provide an international intellectual format that can open the space for a dialogue between English- and Russian-language philosophical traditions.

Georges Bataille was an untimely thinker—definitely not an academic philosopher, he developed conceptions that were too radical to be included in the official theoretical canon. In the age of rising fascist mobilization, he was trying to reappropriate notions of the sacred, violence, and sovereignty, and make them work against fascism. Militantly unsystematic, he integrated ideas of Nietzsche, Hegel, Sade, Freud, and Marcel Mauss into a complex theoretical machine of transgression, pushing thought beyond prohibitions. Bataille does not respect disciplinary borders: in his writings, anthropology, political economy, philosophical ontology, psychoanalysis, literary and art criticism intertwine in such a way that we cannot register the moment when, say, eroticism becomes both cosmology and the analysis of power systems.

Today, a new region of Bataille’s thought begins to attract attention—his base materialism that goes against all the materialist mainstream and considers heterogeneous matter as analogous to the Freudian unconscious with its principal ambivalence, and his original philosophy of nature that throws fresh light on environmental issues. I will focus on the image of the sun, that connects these early base materialist conceptions with fundamental ecological insights.

In his very short contribution to Documents magazine, “Rotten Sun” (1930), dedicated to Picasso’s painting, Bataille tackles the ambiguity of the sun. There is an “elevated” sun of the mind, and there is a rotten sun of madness and unheard-of violence. The first one, “confused with the notion of the noon,” exists as an abstract object “from the human point of view,” whereas the second points to ancient bloody cults and rituals of sacrifice. Bataille recalls the myth of Icarus that “clearly splits the sun in two—the one that was shining at the moment of Icarus’s elevation, and the one that melted the wax, causing failure and a screaming fall when Icarus got too close.”[1] His essay “The Solar Anus” written in 1927 and published in 1931, enhances the obscenity and violent aspects of the sun that is listed, together with coitus, cadavers, or obscurity, among the things that human eyes cannot tolerate. In “The Solar Anus,” Bataille’s cosmology is presented in a very condensed fashion: it draws a picture of a dynamic and decentered universe where each thing “is the parody of another, or is the same thing in a deceptive form.”[2] Each thing can be equally proclaimed as the principle of all things, and is dragged into the two primary motions that transform into each other— “rotation and sexual movement, whose combination is expressed by the locomotive’s wheels and pistons.”[3]

As Stuart Kendall explains: “‘The Solar Anus’ articulates a myth of general economy, a vision of the circulation of all energies not only around the globe but within the cosmos.”[4] This circulation is expressed through a seemingly impossible, parodic unity of opposites: “the opposite of pure solar energy is terrestrial filth, excrement; the myth of the solar anus proposes the unity of these forces.”[5] Parody is the principle of Bataille’s dialectics. Unlike Hegel’s unfolding of spirit, this dialectic is a base materialist one; it inscribes solar contradiction at the junction of eroticism, ontology, politics and epistemology. Bared of its metaphysical mask of the supreme Good, parodied by all kinds of erections (plants, trees, animal bodies) and involved into a constant movement of the “polymorphous and organic coitus”[6] with the earth, Bataille’s sun directs toward it its “luminous violence,” whose perfect image is a volcano.[7]

I have only quoted two of Bataille’s essays where the sun is associated with violence, but in fact this association features as a constant theme of his writings, and the sense of it is deeper than it might appear on its face. Conceptualizing the link between the sun and violence with regard to questions of economy and the distribution of energy demands an attempt to clarify the notion of violence in Bataille, which is very much different from commonplace ideas more or less familiar to all of us from the contexts of contemporary life and theory. Today, the word “violence,” applied to various kinds of destructive actions and affections, becomes inflated. Sexual, gender, domestic, ethnic, state or police violence, as well as emotional abuse, are broadly discussed as purely negative social phenomena that must be diagnosed, identified, and minimized or eliminated. There is a moral ban that does not allow us to accept anything that could be interpreted as violence or something that generates it.

However, if we look back at twentieth-century theory, we discern a minor, yet interesting tendency of an apology for violence that exists within the leftist tradition. There are grounds for believing that Bataille belongs to this tendency—together with thinkers like Georges Sorel, Walter Benjamin, and Frantz Fanon. I put these four names together, because, in spite of serious differences, there is a structural homology between their conceptions of violence that can be described through the dialectical movement of the double negation. Namely, in these conceptions, there are always two types of violence—the one that we reject, and the one that we appreciate, validate, provide or fantasize about. Thus, Sorel[8] opposes a supreme proletarian violence of the general strike to the brutal violence of the capitalist state system; Benjamin[9] introduces the divine, or revolutionary violence contesting the violence of the law; Fanon[10] formulates the idea of the resistance of the colonized people that becomes even more violent and brutal than the colonial regime against which it raises. In all these cases, the second, true violence—upright, just, rebellious, emancipatory or redemptive—destroys a preceding, stupid violence of a certain established system of the relationship of power.

Bataille, too, differentiates between two kinds of violence. As emphasized by Benjamin Noys: “Bataille explores the violence of difference in a reading of violence as a general economy. This requires careful and critical reading because it becomes easy to assimilate Bataille to a culture of violence, and all too often ‘celebrations’ of Bataille do just that. However, in breaking the (violently imposed) taboos on violence Bataille is not aiming to increase violence but to examine how these strict taboos generate their own violence.”[11] I fully agree with this claim, and suggest tracing the connection between violence and general economy from Bataille’s late essay “Pure Happiness” where violence as a sovereign unlimitedness is opposed to the limits violently imposed by reason. What reason does is a constant operation of limitation: thought creates a sphere of things that are thinkable, that is, reducible to certain categories of reason. In this operation, something is necessarily excluded, and it is precisely this something that creates the domain of violence, or, as Bataille otherwise calls it, the sacred.

Bataille’s equation of God with violence resonates highly with the concept of divine violence, which, according to Benjamin’s materialist political theology, breaks the vicious circle of the mythic, that is, law-making and law-preserving, violence.[16] Benjamin invites us to think violence not in terms of needs and ends, but in terms of a pure manifestation. Mythic violence manifests the power of the strongest, the law, the Father, whereas divine violence manifests justice. Imagine a situation, as simple as it is paradigmatic, of people being brutally beaten by the police. The law is on the side of the police officer, whereas nothing seems to be on the side of the people that are beaten. One says: “Only God could help them!,” meaning that nothing could really help these people: the law itself becomes an instance of an ultimate injustice. There is, however, still another kind of violence at people’s disposal, one that is outside the law. This violence is divine not because it comes from God, but because it is in place of God. It is sovereign in a sense that “there is no big Other guaranteeing its divine nature,”[17] no police officer, and no God other than this violence itself, but also in a sense that, in contrast to the “administrative” mythic violence, it serves no goal; it just strikes. Divine violence is “the sign and seal but never the means of sacred dispatch.”[18]

Likewise, “full violence,” according to Bataille, “can be the means to no end. It would be subordinate to no goal.”[19] As he explains in the notes to the “Pure Happiness”: “Violence reduced to a means is an end in the service of a means—it is a god become a servant.”[20] However, there is a significant difference between these conceptions. While in Benjamin divinity appears as a manifestation, or a “sign and seal” of justice, Bataille’s god of violence is alien to any moral categories of this kind. It cannot be just or unjust, but is absolutely indifferent and stands beyond good and evil. It is not a God of theology, but rather “the animal god” whose “incomparable purity” and “violence above laws”[21] Bataille invites us to discover.

[16] Khatib, Sami, “Towards a Politics of ‘Pure Means’: Walter Benjamin and the Question of Violence.” Anthropological Materialism, 2011 https://anthropologicalmaterialism.hypotheses.org/1040. 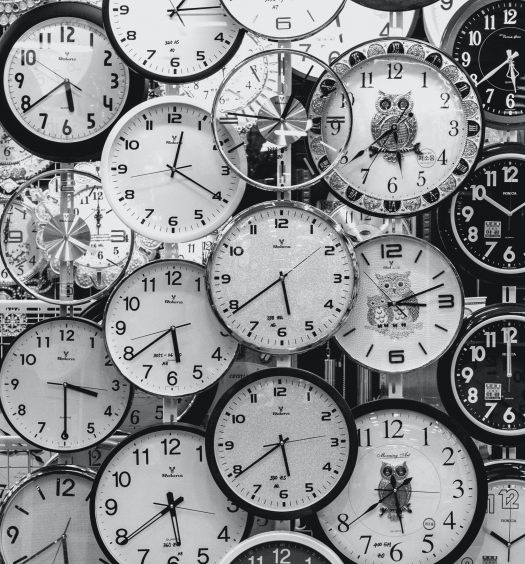 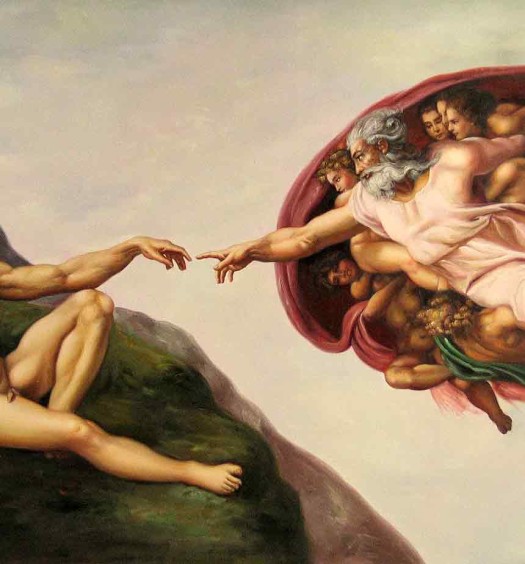 Read More
God, Charlie, No one