The German philosopher Ernst Cassirer has defined man as an animal symbolicum. For, unique among living beings, “he has so enveloped himself in linguistic forms, in artistic images, in mythical symbols or religious rites that he cannot see or know anything except by the interposition of this artificial medium.” In this sense, to say that things are meaningful to us means that they give significance to our existence. A teacup is not only a tool but also material memory, life coagulated into a form and an object. As the Colombian philosopher Nicolás Gómez Dávila poetically has it, “Soul is what grows on things when they last”. Very true, when they last for us who are symbolic animals and “grasp” things through our meanings.

Nowhere, perhaps, is symbolism expressed more forcefully than in the political realm. Flags, memorials, medals, commemorations: together these symbols give life to those imagined communities that determine the horizon of our political existence. A sickle and a hammer in a repair shop do not tell us much, but if framed against the red background of a flag they can ignite our imagination. The strength, and at the same time one of the major weaknesses, of modernity lies in having given a special political form to this human symbolic capacity.

And in fact, the establishment of modern states rested on two symbolic axes: the principle of legitimacy/identification and that of protection/obligation. The first is a vertical, “altimetric principle”, so to speak. Political unity is realized in the union between a “high” and a “low”, transcendence and immanence, the sovereign and the people. To be sure, this principle over time becomes secularized, transforming the self-transcendence of the people into an exogenous point, the mirror image upon which to base the political community (the constituent power of the sovereign people). The second symbol of the political union is the Hobbesian or horizontal one: the defense of the body politic, as a whole, must be guaranteed even (and especially) by means of individual sacrifice. The parts do not form the totality of the body politic, yet the body politic transcends and gives shape to the individual parts demanding, for its survival, their sacrifice. It goes without saying that these two principles are interrelated: there would be no sacrifice without identification just as there would be no identification without legitimacy. In short, they form two axes that intersect in the sovereign body of the modern state.

Nonetheless, since its inception, it is clear that the Leviathan-state is endowed with a “paradoxical body”. To be effective, the two pillars must be erected in a territorial unit, so that the relation between the inside and the outside could be physically controlled. The symbolic identities are, however, created through a fiction, an abstract discourse based on a concrete eradication: citizenship as a neutralizing principle of identity that “forces” people to leave the natural soil (a dwelling place) to make them enter the political land (the nation). However, to ensure the unity of this “theoretically closed” system, the principle of identity/identification per se is not enough; there is need for a concrete instance that gives historical form to the imagined community, notably the concretization of the Enemy. Only the enemy, through its dangerousness, is capable of transforming the contingency of death into a self-transcending unity of the nation, rallying people around the ideal of security as much paradoxical as illusory, the security guaranteed by the state through the potential sacrifice of its subjects. And only the enemy is capable of transforming an imaginary line into an existential border. It was the mutual rivalry between France and Germany that established them as “nations”. In modernity, the symbolism of the number (such as the “will of the majority”) borrows its strength from the concreteness of death.

Until the enemy is “caged” in a political form, the thanatopolitical potential of the state remains seemingly ordered. But this magnus homo, the giant-state, is an artificial creature with feet of clay. It bears the germs of its future collapse. What happens when the new universalistic and symbolic energies growing within the state smash the particularism of its territory? What identities can still exist and resist, once the new political tricks are released from the symbolic and constitutive foundations of the state—its inside and outside, above and below, protection and security, legitimacy and identification? And what is the impact of this political transformation on the figure of the enemy?

Overwhelmed by its intimate nemesis, which is none other than the seemingly universality of the particular (i.e., the goods), the symbolic space of the state is neutralized, converted into the smooth space of globalization where symbols are free-floating in the new mare magnum of consumption. Crucially, this process does not progress in concentric circles, moving from the particular to the universal, but from the concrete particular to the abstract particular. For globalization is a form of exclusionary abstraction, a disembodiment, in which things are deprived of their history, symbols are transformed into consumer simulacra, and enemies are dispossessed of their face, thus becoming omnipresent. The virtual enemy is everywhere, wherever the desire for symbolic rooting reigns. The inevitable tension between the corporeity of social life and the abstraction and immateriality of its symbolic forms here manifest itself with all its force.

If, on the one hand, global capitalism creates a void of signification that can only be filled through the constant consumption of goods and services, on the other hand, it leaves the subject naked in front of this abyss of identity. If in the past, the symbolic need was framed in discrete places (the family, the city, the neighborhood, etc.), now postmodern subjects dazed by the empty nihilism that crosses the global space are pushed to choose between a concrete uprooting— becoming global consumers—and an abstract re-rooting—projecting their identity onto a new, deterritorialized, “imagined community,” be it the “blessed nation” or the “cosmic, global ummah”.

The globalization of hate begins here: the attempt to stem nothingness through the meaningfulness of a deed is nothing but the mirror image of the infinite production of the identical, that is to say, of consumer simulacra. As Ivan Illich pointed out: “Only when one’s roots are cut or denied…does the search for the so-called identity, for some kind of inner fitting of the individual upon itself, become an important fantasy.” A fantasy that seeks in the annihilation of the Other the reason for its own existence; a fantasy that claims to establish a new polity at the very moment when subjects disappears into the image of the community they themselves have represented.

Against bad abstractions, the globalization of hate and the symbolic incarnations of our uprooting, it is necessary to rediscover the humanity of our impotence, to root ourselves in the symbolic of our immediate, naked finitude, and, perhaps, to find ourselves again in the face of our enemy. In the words of the great Italian writer Cesare Pavese: “If a stranger, an enemy, becomes a thing like us when he dies…it means that even beaten our enemy is someone […] That is why every war is a civil war; every fallen man resembles the one who remains and calls him to account.”

Antonio Cerella is an author, translator and academic based in London. He teaches political theory and international studies at Kingston University, London. He is the author of Genealogies of Political Modernity (Bloomsbury, 2020), and the editor of Heidegger & the Global Age (Rowman & Littlefield International, 2017) and The Sacred and the Political (Bloomsbury, 2016). He can be reached at: A.Cerella@kingston.ac.uk 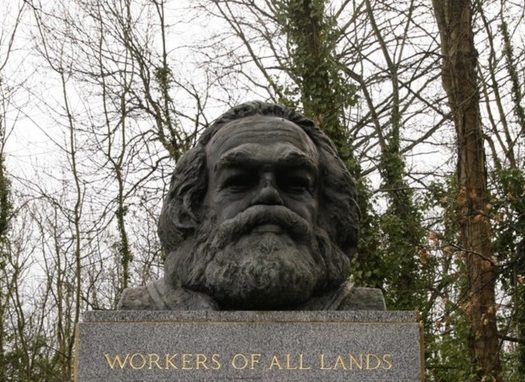 “Severance,” Alienation, and the Futility of Reintegration

Read More
“Severance,” Alienation, and the Futility of Reintegration