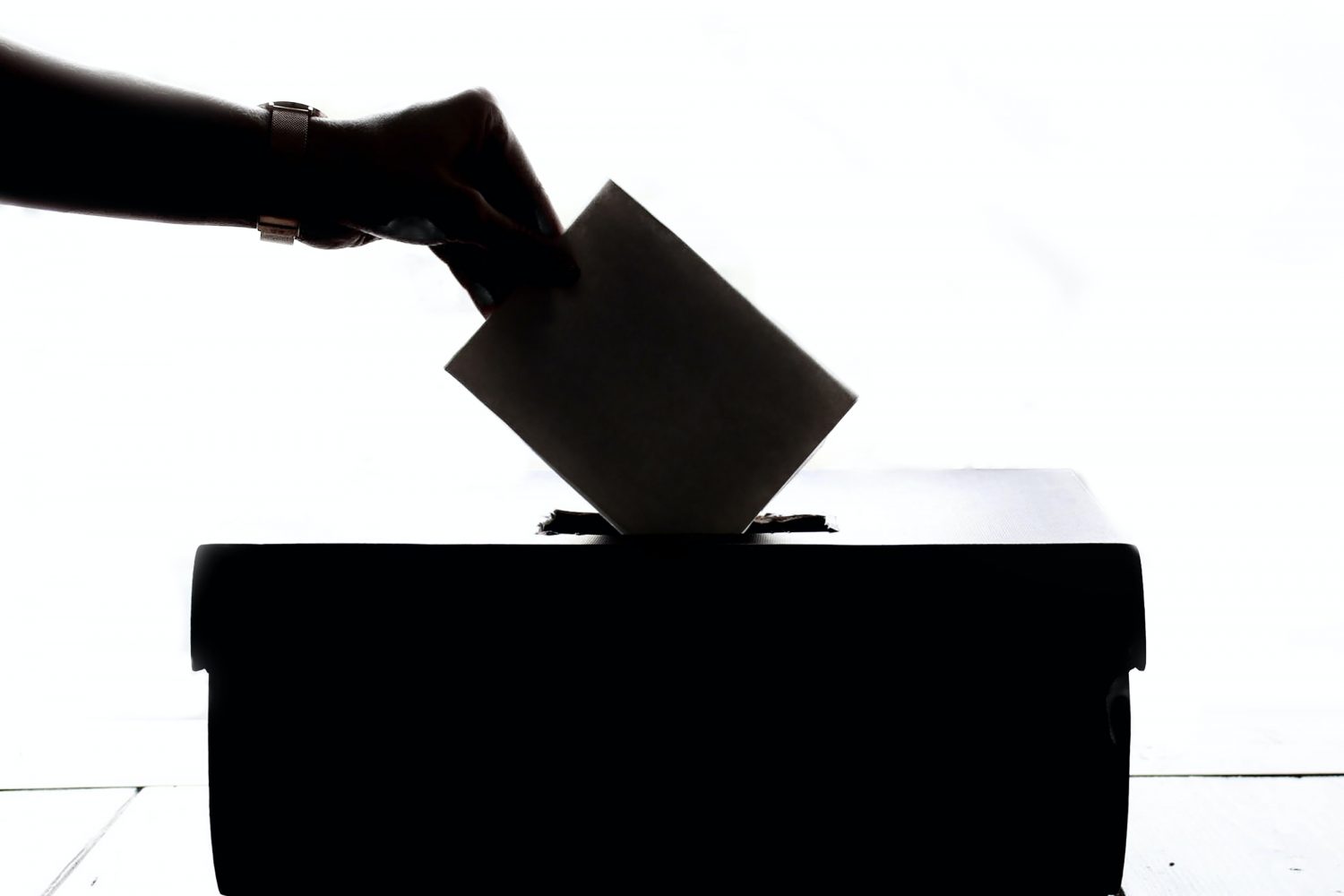 In the weeks before the US presidential elections, different forms of populist resistance are gradually generating a unified field: “Armed militia groups are forging alliances in the final stages of the US presidential election with conspiracy theorists and anti-vaxxers who claim the coronavirus pandemic is a hoax, intensifying concerns that trouble could be brewing ahead of the election day. Leading advocates of anti-government and anti-science propaganda came together at the weekend, joined by the founder of one of the largest militia groups.”

Three dimensions are at work here: conspiracy theories (like QAnon), Covid-19 deniers, and violent militias. These dimensions are often inconsistent and relatively independent: there are conspiracy theories that don’t deny the reality of the pandemic, but see in it a (Chinese) plot to destroy the US; there can be Covid-19 deniers who don’t see a conspiracy behind the pandemic, but just deny the seriousness of the threat (Agamben), etc. But the three dimensions are now moving together. Violent militias legitimize themselves as defenders of freedom, which is threatened by a deep state conspiracy against the re-election of Trump, and they see the pandemic as a key element of this conspiracy; if Trump loses re-election, it will be the result of this conspiracy, which means that violent resistance to Trump’s loss is legitimate.

In October 2020, the FBI revealed that a right-wing militia group planned to kidnap Gov. Gretchen Whitmer of Michigan from her house and take her to a secure location in Wisconsin after the kidnapping. There, she would undergo a kind of people’s “trial” for her “treason”: as a governor, she imposed tough restrictions to curb the Covid-19 infections and, according to the militia group, she thereby violated the freedoms guaranteed by the US constitution. Does this plan not recall the most famous political kidnapping in Europe? In 1978, a key figure of the Italian political establishment, who evoked the possibility of the big coalition between Christian Democrats and Communists, was kidnapped by the Red Brigades, put to a trial by a people’s court and shot dead…

Angela Nagle was right here also: the new populist Right is taking over procedures that were decades ago clearly identified as belonging to the extreme Left “terrorist” groups. This, of course, in no way implies that the two “extremes” somehow coincide: we don’t have a stable Centre symmetrically flanked by the two extremes. The basic antagonism is the one between the establishment and the Left, while the Rightist violent “extremism” is a panicky reaction triggered when the Centre is threatened.  This became clear in the last presidential debate when Trump accused Biden of backing “Medicare for All,” saying: “Biden agreed with Sanders,” to which Biden replied: “I beat Bernie Sanders.” The message of this reply was clear: Biden is Trump with a human face, and, despite their opposition, they share the same enemy. This is liberalist opportunism at its worst: renounce the Left “extremists” out of the fear of not scaring the Center.

Trump himself plays an ambiguous game here. When he is asked about radical Rightist groups that propagate violence or conspiracy theories, he is ready to formally distance himself from these problematic aspects, while praising the group’s general patriotic attitude. This distance is empty, of course, a purely rhetorical device: the group is silently expected to act upon the implicit calls to violence Trump’s speeches are full of. When Trump constantly attacks alleged Leftist violence, he does it in terms that are divisive and call to violence.

Exemplary in this respect is Trump’s answer, when he was asked about the violence propagated and practiced by Proud Boys:

“Within minutes after U.S. President Donald Trump told the Proud Boys, a far-right group with members who espouse white supremacism, to ‘stand back and stand by’, on national television on Sept. 29, 2020, members of the men-only group took to fringe social media sites to celebrate what they considered a ‘historic’ moment for their ideological push against leftists.”

This is (if I may be pardoned for using this expression, which is very problematic here) Trump at his best: he does tell them to stand back, i.e., to restrain from violence, but he adds “and stand by”, i.e., get ready – to do what? The implication is clear and unambiguous: be ready to practice violence if Trump loses the election. Even if the danger of an actual civil war exploding in the US is probably vacuous, the very fact that this possibility is widely talked about is significant.

And it’s not just the US that is moving in this direction. Let’s just take a look at the cover stories in European media. In Poland, liberal public figures complain that they are becoming spectators of the dismantling of democracy, and the same is happening in Hungary… At an even more general level, a certain tension which is immanent to the very notion of parliamentary democracy is gaining visibility today. Democracy means two things: the “power of the people” (the substantial will of the majority should express itself in the state) and trust in electoral mechanism (no matter how many manipulations and lies there are, once the numbers are counted, the result is to be accepted by all sides). This is what happened when Al Gore conceded defeat to Bush, though more people voted for him and the counting in Florida was very problematic. Trust in the formal procedure is what gives parliamentary democracy its stability.

Problems arise when these two dimensions get out of sync, and both the Left and the Right often demand that the people’s substantial will prevail over electoral formalities. In some sense, they are right: the mechanism of democratic representation is not really neutral:

One should take these lines in the strictest formal sense. At the empirical level, of course, multi-party liberal democracy “represents” – mirrors, registers, measures – the quantitative dispersal of different opinions of the people, what they think about the proposed programs of the parties and about their candidates, etc. However, prior to this empirical level and in a much more radical sense, the very form of multi-party liberal democracy “represents” – instantiates – a certain vision of society, politics, and the role of the individuals in it: politics is organized in parties that compete through elections to exert control over the state legislative and executive apparatus, etc. One should always be aware that this frame is never neutral, insofar as it privileges certain values and practices.

This non-neutrality becomes palpable in the moments of crisis or indifference, when we experience the inability of the democratic system to register what people effectively want or think. The inability at stake here is signaled by anomalous phenomena like the UK elections of 2005: in spite of the growing unpopularity of Tony Blair (he was regularly voted the most unpopular person in the UK), there was no way for this discontent with Blair to find a politically effective expression. Something was obviously very wrong in this case. It was not that people “did not know what they wanted,” but, rather, that cynical resignation prevented them from acting upon it, so that the result was a weird gap between what people thought and how they acted (voted).

A year or so ago, the same gap exploded more brutally with the rise of Yellow Vests in France. They clearly articulated an experience that was impossible to translate into or transpose onto the terms of the politics of institutional representation, which is why the moment Macron invited their representatives to a dialogue and challenged them to formulate their complaints in a clear political program, their specific experience evaporated. Did exactly the same thing not happen with Podemos in Spain? The moment they accepted to play party politics and entered the government, they became almost indistinguishable from Socialists – yet another sign that representative democracy doesn’t quite work.

In short, the crisis of liberal democracy has lasted for more than a decade, and the Covid-19 pandemic only made it explode beyond a certain level. The solution is certainly not to be sought in some kind of “truer” democracy, which will be more inclusive of all minorities. The very frame of liberal democracy will have to be left behind, which is exactly what liberals fear most. The path to true change opens only when we lose hope in a change within the system. If this appears too “radical,” recall that, today, our capitalism is already changing, albeit in the opposite sense.

Direct violence is, as a rule, not revolutionary but conservative, a reaction to the threat of a more basic change. When a system is in crisis, it begins to break its own rules. Hannah Arendt said that, in general, violent outbreaks are not the cause that changes a society but, rather, the birth pains of a new society in a society that has already expired due to its own contradictions. Let’s remember that Arendt says this in her polemic against Mao who said that “power grows out of the barrel of a gun.” Arendt qualifies this as an “entirely non-Marxist” conviction and claims that, for Marx, violent outbursts are like “the labor pangs that precede, but of course do not cause, the event of organic birth.” Basically, I agree with her, but I would add that there will never be a fully peaceful “democratic” transfer of power without the “birth pangs” of violence: there will always be moments of tension when the rules of democratic dialogue and changes are suspended.

Today, however, the agent of such tensions is the Right, which is why, paradoxically, the task of the Left is now, as Alexandria Ocasio-Cortez pointed out, to save our “bourgeois” democracy when the liberal center is too weak and indecisive to do it. Is this in contradiction with the fact that the Left should move beyond parliamentary democracy? No: as Trump demonstrates, the contradiction is in this democratic form itself, so that the only way to save what is worth saving in liberal democracy is to move beyond it. And, vice versa, when Rightist violence is on the rise, the only way to move beyond liberal democracy is to be more faithful to it than the liberal democrats themselves. This is what is clearly signaled by the successful democratic return to power of Morales’s party in Bolivia, one of the few bright spots in our devastated landscape.

The Philosopher’s Ignorance (with a Response by Slavoj Žižek)