Consent is not a Contract

Consent is not a Contract

Contracts may require consent, but is consent a form of contract? From current informed medical consent policies to affirmative sexual consent polices, consent is being treated, explicitly or implicitly, as a form of contract. Yet, in both of these cases, the notion of consent as contract is problematic. First, if consent is a contract, it is presumed to be a kind of off-and-on switch: it’s either given or not, with no gray areas in-between. Second, as others have argued, consent as contract assumes autonomous individuals extracted from social circumstances and power dynamics that are relevant to the agreement at hand. Third, consent as contract disavows the changing dynamics of individual identity, desires and wishes. In short, this equation reduces fluid activities and life experiences to moments artificially frozen in time. These are merely some of the most obvious problems with the notion of consent as contract. There are deeper philosophical worries that take us beyond legal issues to questions of the very nature of our relationships with each other and ourselves.

An essential element of contract law is that a contract is entered into voluntarily and all parties agree to its terms. Contracts as they operate in law must assume individuals who freely choose self-binding agreements. The law assumes the formal autonomy, equality, and freedom of all individuals. But, as we know, these formal principles cannot account for dependency, inequalities, and oppression that are inseparable from our lived experience. So while contracts may require consent as a precondition of their legal validity, consent cannot be reduced to a form of contract.

In law, and in our everyday parlance, consent means to give permission for someone to do something; in our two examples above, you consent to a medical procedure, on the one hand, and to a sexual activity, on the other. The problems with conceiving of consent in terms of contracts are glaring when considering the case of sexual consent. In this regard, in the best-case scenario, consent to sexual activity is not like consent to surgery, in that most people do not want to have surgery. Clearly, consent is not the same as desire. Yet, in the case of sex, should it be? And, if it were, how would that change our notion of consent?

Black’s Law Dictionary (2nd Ed.) defines implied consent as “the term used when a woman does not protest her wishes enough and the man thinks she has consented to sex.” Here consent, or lack of it, is defined in terms of resistance. New affirmative consent policies attempt to redress this problematic notion by insisting that lack of protest does not mean consent. For example, according to recent California law, “Affirmative consent means affirmative, conscious, and voluntary agreement to engage in sexual activity.” The law clearly states, “Lack of protest or resistance does not mean consent, nor does silence mean consent.” While this notion of affirmative consent is a step forward, it still assumes a problematic liberal contractual model of consent.

Detractors argue that this policy is unreasonable or unrealistic because it requires affirmative consent at every stage, and sexual intimacy often happens without verbal affirmation. Furthermore, the policy does not detail what gestures (eye contact, nods, moans, smiles) constitute consent. Others have argued that consent must be reconceived when thinking about sexual relations because, unlike a contract for services, sex is an ongoing negotiation and renegotiation and, therefore, consent must be continually given as the sexual activities take place. Certainly, in terms of sex, consent that was freely given in the beginning can be withdrawn at any time. And this is a central problem of conceiving of sexual consent (and other forms of consent, too) in terms of the contract model. While the idea of consent as a “negotiation” may be a step forward, it still assumes the contractual model that risks reducing sex to something akin to bartering between disputants.

We might call this the Fifty Shades of Grey version of consent, wherein we’ve become obsessed with consent as contract at the same time that lack of consent is valorized as sexy. In the novel and in the movie, in the midst of long discussions about consent and contracts, the protagonists’ “hot sex” is never contractual: Anna refuses to sign the contract; and the sexual acts are often against her will. In the Fifty Shades universe, contractual consent is actually opposed to real hot passionate sex, which is fundamentally nonconsensual. Thus, the central problem with Fifty Shades of Grey, and most affirmative consent policies version of sexual consent as a contract or negotiation is that they overlook the fact that sexual activity is not a contract. Rather, sexual consent defies liberal definitions of consent that see it (implicitly or explicitly) as analogous to contract law, wherein consent is a form of contractual agreement between two (or more) parties.

The challenge, then, is to articulate an alternative notion of consent that takes us beyond contract theory. Returning to the Latin roots of the word, we can imagine an alternative to the contractual version of consent at the heart of both affirmative consent policies and nonconsensual sex. Consent is from the Latin con (together, with) and sentire (feel). It means an agreement of feelings. In contemporary notions of sex and consent, this agreement of feelings has been reduced to an agreement to do something, or more precisely, to allow something to be done to you. In terms of affirmative consent to sex, it has been interpreted as a contract of sorts, framed by classical notions of individual autonomy that don’t take into account gendered power dynamics, let alone the dynamics of sexual activities. Yet, in Latin, sentire can mean not only feeling, as in emotion or belief, but also sensing as in perception or knowledge. Additionally, the root of sentire, sentio, means to go, to head for, as in a path, a way, or a journey, which in some languages such as German and Lithuanian is associated with thinking. Consent, then, means being sensitive to each other, sensing and perceiving the agreement of the other. Thus, consent could be reinterpreted as a thoughtful journey together, “with-thinking” or thinking with as much as with-feeling or feeling with.

Additionally, the Latin sentire refers to two dimensions of sense: sense as sensation, perception, or feeling, on the one hand, and sense as meaning, thinking, or knowing, on the other. Thinking of consent in terms of the double meaning of sentire highlights the tension between what we sense or perceive (the physical experience of sex) and what we take it to mean (the meaning of sex). Human experience is composed of both senses of sense; and both are at stake in “nonconsensual sex.” If sex is not only an activity, but also a meaningful form of communication, then it is akin to a conversation. As such, it involves responsibility to attend to the responses of one’s interlocutor. Considering consent to be similar to a conversation or a journey together—one that involves attentive thoughtful responsibility—moves it out of the liberal framework of contract and puts it at the heart of both response ethics and critical politics of affect. 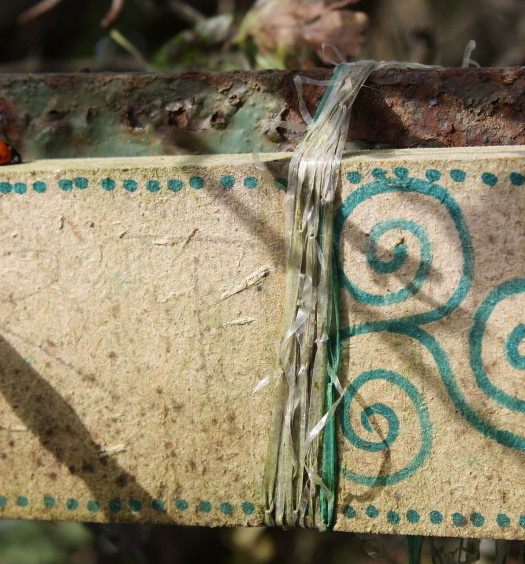 The Con Artistry of the Deal: Trump, the Reality-TV President

Read More
The Con Artistry of the Deal: Trump, the Reality-TV President