Scientism – the belief that science is the only valid source of knowledge and that all legitimate questions can be answered by science – is what spawns pseudoscience and science denialism. If science is treated as though it not only informs us but also dictates how our lives ought to be lived and how society ought to be run, then it is easier to peddle in the baseless denial of scientific claims than it is to challenge the illegitimate claim of authority over our choices made on science’s behalf.

When, as during the COVID-19 pandemic, governments claim to deal in ‘evidence-based policy,’ drawing a direct line from science to the most disruptive and upsetting domestic political and social shifts in memory, it is no wonder that public discontent targets science itself. In fact, the same worldview that makes claiming to ‘follow the science’  a political necessity has also made attacking science the only conceivable mode of dissent.

By fostering a political culture, in which placing responsibility for a political decision on ‘the science’ is a viable way of defending it, scientism has made challenging science the only way to challenge political decisions. But, in both cases, a debate that should be about politics is misdirected. Political decisions cannot merely follow science, because political decisions, as any decisions for that matter, are motivated by specific interpretations and values. They are not merely dictated by the facts. As Jana Bacevic recently wrote in an Op-Ed in The Guardian: “What policymakers choose to prioritise at these moments is a matter of political judgment. Is it the lives of the elderly and the ill? Is it the economy? Or is it political approval ratings?” If our ability to discuss and argue over values had not been degraded, we could demand that policy-makers defend their choice to prioritise certain values over others, rather than taking refuge in the claim that scientific facts determine what choices they make, as though they were hardly choices at all.

For those discontent with these policies, it is less of a stretch to deny scientific evidence, even when the evidence is robust and denial is spurious, than to challenge the legitimacy of allowing such evidence to dictate our choices. Calling some particular scientific claim into doubt does not require all that great a leap—after all, we are used to scientific theories being overturned—, so it is no surprise that what appears to be demonstrated as true should turn out false. On the flip side, it is much more difficult to attack an entire worldview which denies the meaningfulness of questions that cannot be resolved by empirical data.

That is because we are steeped in a scientism, which has forced us to give up public debate about questions lacking factual answers. Such questions—which include any queries about how to act, what makes for a good life, or how society ought to be constituted—can, at best, be themes for private introspection. They have no business in public discourse, because they cannot be settled. Consequently, when it comes to any of these questions of value and meaning, the only legitimate role for politics is the liberal approach: leaving the choice up to each individual, and interfering as little as possible with it. Even expressing an opinion about somebody else’s choices is an overstep, the behaviour of busybodies, not of people who mind their own business. It is better to remain agnostic on matters that cannot be settled scientifically, letting others do as they will. The mistake here is thinking that, just because questions about what to do or how to live cannot be settled, we lack any bases on which to evaluate or criticise alternatives.

Scientists, public intellectuals, and journalists bemoan denialism, but have no solutions to offer apart from urging us to fight harder not to get sucked into an ocean of misinformation. This is because they refuse to engage with the roots of the problem, which cannot be addressed by doubling down on the denial that there are any legitimate sources of understanding apart from science. After scientism has hollowed out public discourse of any way to present and disagree about values and ways of living, where else is discontent with policies that claim to only ‘follow the science’ to be directed except at the science itself?  In a recent Op-Ed for Nature, Timothy Caulfield complained that: “Those pushing unproven ideas use the language of real science — a phenomenon I call ‘scienceploitation’ — to legitimize their products. It is, alas, all too effective. Homeopathy and energy therapies, proponents argue, depend on quantum physics.” Nevertheless, what he calls ‘scienceploitation’ is nearly inevitable once scientism has eliminated any other basis on which claims can be taken seriously.

Homeopathy is an easy target, but Caulfield also takes broad swipes at naturopathic remedies that are less incredible. People look for solutions that are not medically proven not just to thumb their noses at experts, but because health is important and medical science is frequently unable to help. The solution to medical pseudoscience isn’t for scientists to insist harder on the truth of science and the illegitimacy of any ideas outside it; rather, the solution is to admit to the limitations of scientific knowledge and, therefore, the legitimacy of making decisions on other grounds, even the scientifically unsound ones. If medical science didn’t insist on the illegitimacy of any other basis on which to make decisions about health, it might not be necessary to make spurious pseudoscientific claims about alternative remedies. It would be possible to accept them for what they are—unproven, but supported by anecdotal evidence or folk wisdom.

Our political discourse is also limited by scientism in a way that damages the public understanding of science. Political decisions are never merely ‘evidence-based’; rather, evidence is used to tell us how to attain political ends and minimize political threats. It is the values that we hold that determine what ends we are to pursue and, hence, what decisions we make on the basis of the evidence we have. Political goals are always contestable, and the difficult political decisions that have to be made are those that sacrifice some values for the sake of others. The pandemic threatens a lot that we hold dear—vulnerable people, public health, the economy, freedom—and responses to it have had to sacrifice some for the sake of others. It would be better if those decisions could be defended in terms of the values that they are motivated by, instead of pretending to be merely ‘following the science,’ not least because then they could be challenged in terms of the values that they neglect, instead of by denying the science they claim to be based on. It would also diminish the temptation for politicians to obfuscate the science, such as when decisions about how to count deaths are made in order to minimise such statistics.

In a health crisis or some other situation that puts people’s lives in jeopardy, it looks as though there is really no alternative. It further appears that we must follow the science because that can only mean one thing—do whatever is necessary to avoid loss of life. To suggest otherwise seems callous. However, this choice only looks straightforward because the only values we can seriously discuss are the value of human life or the value of economy. This is the necessary minimum to avoid complete nihilism. And yet, it is incoherent to pretend that a human life has meaning without claiming that the qualities and properties that make up life have meaning, as well. Admitting that human life has value requires us to think more deeply about what value is and what else has value, too.

The COVID-19 pandemic has exposed fault lines in the relationship between science, policy, and public opinion that run straight through the far more serious, if more gradually impending, crisis of climate change. Climate denialism seems to be on the wane in recent years, but that is probably only because it is no longer necessary: climate apathy and climate fascism—ideologies that stem from the belief that climate change is real and increasing but that it is too late to do anything about it—are starting to take its place in the fight against carbon emissions reduction.

This should not be all that surprising, since the problem was never the denial of scientific evidence; it was our society’s failure to reckon with the poverty of its values, the very values that sacrifice human and ecological flourishing to self-interest and material gain. Scientism shares responsibility for this failure, insofar as it has taught us that health, balance, goodness, meaningful work, and social connection (all of which we need in order to provide alternatives to selfishness and greed) are not goals that are worth taking seriously, simply because they cannot be rigorously measured.

If scientists and the champions of science are to tackle the spread of pseudoscience and science denialism that hinder public understanding of the coronavirus pandemic, climate change, and similar issues, they must engage with the roots of the problem—scientism’s refusal to take seriously any questions that can’t be settled by empirical study. As long as science is accompanied by scientism, and as long as policy is ‘dictated by’ science, discontent with actual policies will be deflected from its legitimate target (the policies themselves) to an illegitimate target (science). Crises require serious political discussions about what matters, but the widespread scientistic worldview has made those discussions impossible, because what matters cannot be empirically demonstrated. This is how scientism impoverishes public debate and erodes trust in science and experts.

N. Gabriel Martin is a Visiting Scholar at the University of Brighton. His research is on the epistemology and phenomenology of irreconcilable disagreement. Gabriel blogs at thevimblog.com and can be reached at ngmartin.com. 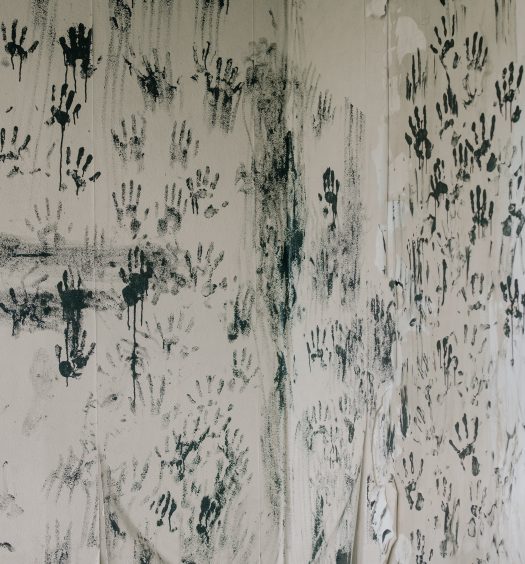 Read More
What Is Justice?