What does Kim Kardashian do? That’s the question of the day. Helping me with the task of answering it is Karl Marx, whose writings on labor may need some updating. Industrial factories turned into Instagram galleries, wages of scruffy lads replaced with sponsored ads… Times have changed, Karl, and Kim may have single-handedly dismantled your theory of labor, its influences now completely swept away by influencers.

For starters, Karl, would you define Kim Kardashian’s work as ‘labor’?

KM: Labor is external to the worker; it does not belong to his nature. In his work, therefore, he does not affirm himself but denies himself; does not develop freely his physical energy but mortifies his body.[i]

Mortifies indeed. But how external or unnatural is posing for a selfie? Plus, Kim very much affirms herself through the brands she endorses. Her work and herself appear to be one.

KM: This false appearance distinguishes wage labor from other forms of labor. Unpaid labor seems to be paid labor. Paid labor appears to be unpaid.[ii]

This reminds me of a term recently coined by academics—glamour labor. It is the unpaid labor of glamorizing one’s persona, usually done through the curating and filtering of one’s online pictures. An unpaid labor that eventually pays off… How did we get to this reversal of values, this crisis of terminologies?

KM: Such a crisis occurs only where the ever-lengthening chain of payments, and an artificial system of settling them, has been fully developed.[iii]

Artificial system of settling payment. Huh, that sounds about right. Reminds me of Spotify and their own business model. Taylor Swift’s tracks are back on for free, apparently. How would you explain her boycotting of this artificial system of remuneration?

KM: Whenever there is a disturbance of this mechanism, no matter its cause, money becomes suddenly and immediately transformed from its merely ideal shape of money of account into hard cash.[iv]

So cultural capital is the means, and hard cash is the end? This definitely explains Kim Kardashian’s obsession with attention. I assume you’ve heard of her new aspirations to becoming a lawyer. Model, reality TV star, product endorser, lawyer – she’s free to do what she pleases, isn’t she?

KM: Freedom begins only where labor, which is determined by necessity, ceases.[v]

Hence the paradox? Kim Kardashian isn’t bound by necessity. Yet, she keeps wanting to work, even now in the traditional sense of the term.

Kim Kardashian, the bourgeois par excellence? Let’s give her some credit, though, she did fight for the release of a woman from jail. What kind of bourgeois does that make her?

Isn’t that a little better?

KM: … [who] wants all the advantages of modern social conditions without the struggles and dangers necessarily resulting from there.[vii]

As all celebrity-activists do. One last thing about Kim Kardashian’s instafame: are you surprised that she gets hundreds of thousands of dollars for one sponsored post she uploads?

An atomized human world, perhaps? It would explain the huge shift in our culture and what’s luring us to these celebrity brands. Or maybe I shouldn’t interpret the numbers?

Because the base affects the superstructure, as you love saying. The whole universe of our cultural values is then at stake. Is that why kids have readily bought Kylie Jenner’s cosmetics? I am sure you were shocked to hear that she even beat Kim Kardashian—in her own game—to the billionaire mark!

KM: Like the sorcerer who is no longer able to control the powers of the netherworld whom he has called up by his spells.[x]

The apprentice prevails indeed. What a family, right? How would you explain the Kardashians?

KM: The bourgeoisie has torn away from the family its sentimental veil, and has reduced family relation to a mere money relation.[xi]

Ironic, since viewers primarily buy into the family’s sentimentality. Are we then projecting our own loss of family values upon the Kardashians? Is that how they made history?

KM: Men make their own history, but under circumstances existing already; given and transmitted from the past. Borrowing names, battle slogans, and costumes in order to present this new scene in time-honored disguise and borrowed language.[xii]

So the success of the Kardashians is a mere continuation of older tropes and desires? And we’re actually keeping up with history? What a great way to end our interview, Karl. I’ll leave our audience with a final question. In a time when religion has lost its glamour, could it be that the Kardashians, and other influencers, have risen to become the new opium of the people?

Rayyan Dabbous is a Lebanese author, playwright and director. You can check out his illustrated film about Hannah Arendt's work, "In Search of the Last Agora," and his political satire, "Syrians for Sale, Lebanese Style." 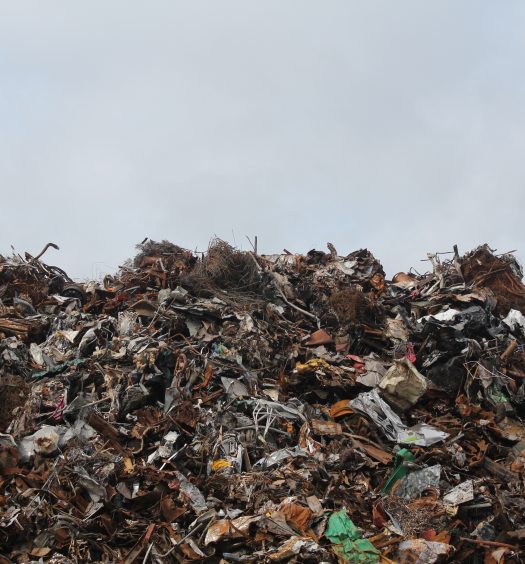 All the World’s a Dump

Read More
All the World’s a Dump

Fictitious Capital and the Return of Personal Domination

Read More
Fictitious Capital and the Return of Personal Domination