I got the jab with no hesitation. The risks seemed negligible and the benefits substantial, so when the AstraZeneca vaccine became available to me in March of this year, I lined up for my turn.

My 25-year-old daughter, Tara, has undertaken a very different “jab journey.” For several months she simply refused to get vaxxed. I asked her if she was afraid of side effects. No. “Is it long-term safety you’re worried about?” No. “Do you believe those stories about fertility?” No.

I decided not to make an issue of it, having learned that pressuring this child has an efficacy of exactly zero. I also trusted Tara’s ability to think for herself. Back when she was nine, she had reminded me that “correlation does not imply causation” when I suggested that growing up with smokers increased the risk of taking up the habit. This was not a scientifically illiterate kid.

I would leave her alone, then. No hints, no passive-aggressive comments, nothing. I would let her make own decision in her own time. And I certainly wouldn’t judge her.

Finally, on an afternoon in mid-July, Tara sent me a text message informing me that she had got her first Moderna shot that morning. I texted back: “How are you feeling? Any symptoms?”

She responded right away: “My only symptom is regret.”

“I’m sorry,” I said, without asking for an explanation. In truth, I already knew the answer.

The pandemic came at an especially bad time for Tara: she was just finishing university, about to enter the world of work, when the March 2020 lockdown flattened her prospects. She was also coming into her own as a singer-songwriter. When I attended her last live performance, in a poky bar in Toronto’s Kensington Market district, her alt-pop songs crackled with spirit and her voice rang with a newfound confidence.

And then it all ended for her. Her passion, writing and performing music, became expendable. She could accept the loss for two weeks, two months, even six months. But a year later, with live music still under lock and key, she began to question what it was all about. At what point did it stop making sense to cancel life’s greatest joys? At what point would society take an honest look at the costs and benefits of lockdown-style policies? At what point would policymakers broaden their lens beyond Covid metrics?

It wasn’t just the policies that troubled her, but the culture that was forming around the pandemic: the finger-wagging, the moralizing, the shaming. When she dared express her concerns online, a keyboard warrior would swoop in to call her a granny killer or tell her to go lick a bench with the virus on it.

Truth be told, I shared many of Tara’s concerns. While I never doubted the threat posed by Covid or the need to mitigate it, nothing about the political and cultural response seemed balanced to me. The insistence that we all freeze-frame our lives, regardless of our individual circumstances, struck me as insensitive and unjust. I took issue with the extra burden imposed on the young, who had the least to fear from the virus and the most to lose from locking down. And the top-down, mandate-heavy approach gave me a chill. I stood with Mattias Desmet, a clinical psychology professor at the University of Ghent in Belgium, who described Covid as “a profound social and even cultural crisis” and worried about the “tipping point in the process of totalitarianization.”

This feeling only intensified, for both Tara and me, as the weeks turned into months and civilization remained on its knees. We could not, in good conscience, cheer the new social order we saw emerging, with its disciplinarian contours and blinkered focus on risk avoidance. We could not get excited about a world that summarily brushed aside the parts of life we found most nourishing, such as music and art and adventure. And yes, personal freedom. Safety mattered to us, but safety without self-determination gave life a two-dimensional quality that didn’t sit well with us.

So I knew exactly why Tara had put off taking the vaccine: as an act of protest. Refusing the vax was a way to express her opposition to this new world order. But Tara has a pragmatic side, and she quickly realized that remaining unvaxxed would constrain her ability to function in society. She also has a social conscience, and the guilt of “not doing her part” was beginning to weigh on her. So she went ahead and got the first shot—and then then felt weak for betraying her political ideals. Hence the regret.

The past few months have seen policymakers devise ever-more creative ways to encourage, persuade, and finally strong-arm people into getting vaxxed. Researchers, for their part, have been picking refuseniks’ brains to find out exactly what holds them back. A Canadian analysis of vaccine-related Tweets identified safety concerns as the leading deterrent, with mistrust in big pharma emerging as another common theme. Other surveys have exposed fear of side effects, preference for developing natural immunity, and difficult access as barriers.

These surveys fail to capture an important group: those who opt out as a form of social protest, as Tara initially did. Without exception, the vaccine holdouts I know take issue with the undebated imposition of lockdowns and the autocratic dimension of the post-pandemic world. Going jabless is a way to communicate their outrage. As one young friend put it to me: “I’m not refusing the vaccine because of a personal risk/benefit assessment. I’m opposing it because I think hospitalization is preferable to dystopia.” But “fear of dystopia” doesn’t appear as a response option in many surveys, so this motive flies under the radar.

Policymakers, take note: if you want more people vaxxed, you need to understand this fear and address it in good faith. For starters, specify that your mandates are temporary, to be reviewed at regular intervals and lifted as soon as possible. Don’t insist on zero risk. Counteract misinformation, but also alarmism. Show more respect for the arts. Assure us that post-pandemic life will offer more than safety. Look beyond case counts. Bring some mental health experts, historians and economists to your advisory tables. Covid isn’t just a public health problem, after all, but a societal one. Prove to us that you’re thinking long and thinking big. Give us hope—lots of it. And above all, show some humility. When you screw up, say “I screwed up.” If you do your part, maybe the refuseniks will do theirs. Just a thought.

It has now been two months since Tara got that Moderna injection. Some of her regret has subsided, but not quite all. She still hasn’t decided when she will get the second shot. She remains suspended between the two camps, the reasonable vaxxed and the resistant unvaxxed—a microcosm of the Covid wars splitting families, friends and nations apart. It’s where she feels most comfortable right now, and I’m not about to push her off the ledge.

Gabrielle Bauer is a Toronto health and medical writer with six national awards for her magazine journalism. She is also the author of two books.

Read More
What Athenian Democracy Can Teach Us 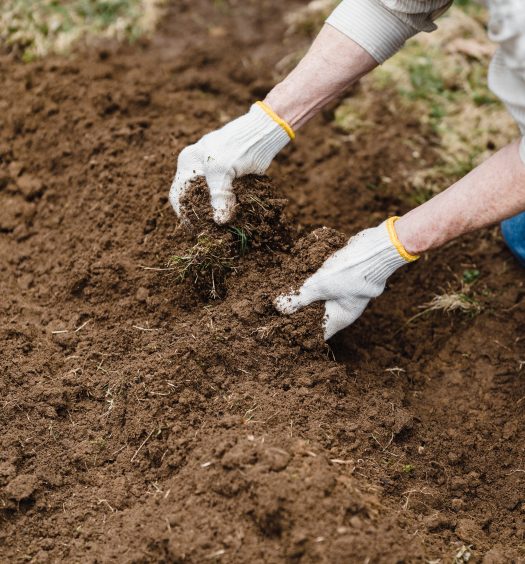 A Sense of Upheaval

Read More
A Sense of Upheaval