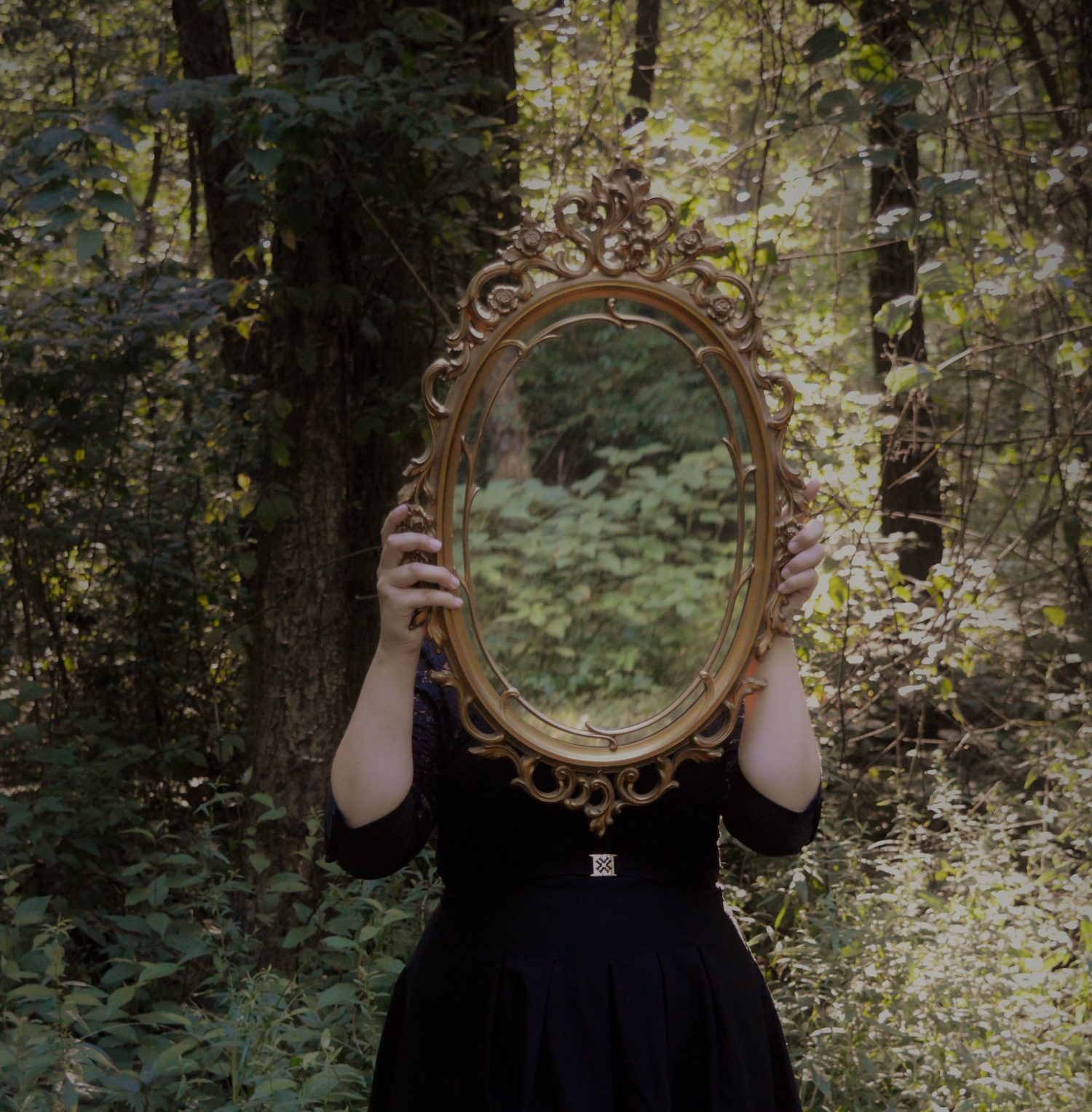 When the first humans gazed at the horizon with its moving clouds, play of light, and massive shadows over the mountains, their overwhelming feeling was that of awe. But inside that awe was a molecule of fear. And that molecule grew with time until it completely replaced the sensation of awe with the practice of politics (negotiations, dominations, limitations).

There is a maxim that says, “everything begins in mystery and ends in politics” (Charles Peguy). Within this elemental and social curse, our world unfolds. How to proceed? First, the diagnosis of the symptoms and their nuanced mutual differences: racisms, nationalisms, ethnocentrisms. Second, the procurement of a vision (a dream, a hallucination) that alleviates these conditions. For they are both molecular (inside everyone) and planetary (permeating everything), and thus require a vision that is both absolutely concrete and radically abstract.

All there is are permutations. In some sense, there are neither first nor last human beings, just strange variations of biological forms with higher or lower degrees of fear and awe. The entire life seems to be merely the interplay between these two impressions. In order to get rid of these symptoms which have coagulated into all contingencies of life, some individuals find ways of undoing themselves, of ungluing their inherent being. Their convalescent visions are antidotes to the symptomatology of a curse.

From inside a luxurious exuberance of a tropical island, Césaire clarifies the affective composition of the local people who participate in this vegetal exuberance. Becoming happens through attuned co-participation with plants. The human and the plant entities merge through a shared rhythm and vivacity (their significant insignificance):

“What is a Martinician?
A plant-human.

Like a plant, he abandons himself to the rhythm of universal life. There is not the slightest effort to dominate nature. Mediocre farmer. Perhaps. I am not saying that he makes the plant grow: I am saying that he grows, he lives in a plant-like manner.

And always and everywhere in the slightest manifestation, the primacy of the plant, the plant trampled under foot but still alive, dead but reviving, the plant free, silent, and proud.”[i]

Here the region of the tropics operates as an ontological domain; here geographic and climatic features determine lived dispositions: the soil, the plant (“Coconut tree and Banana tree, among whose roots the placenta is buried”). Topological features of the tropical flora, geologic materialities of volcanic soil, and climatic forces of the winds and air particulates, form a way of living in direct confrontation with colonial rules and regulations (or French regional mannerisms). Plant-human is simultaneously a concrete body in a specific atmospheric area and a cosmic entity corresponding to the rhythmic forces beyond even the planet. The island and the sun: where geographic hyper-specificity is coupled with distant energetic luminosity.

From inside a prison cell, where he was detained on numerous occasions by the communist party (to which he himself belonged), Djilas alleviates an illness that posits boundaries between and among things. Here basic components of planetary life, species and subspecies, merge together. The secret lies in the mergence. And then, as a result, we get images and virtues of refined baseness, animalistic humanity, spiritual physicality. Here the “plant-human” is at home:

“For me, it is obvious that forms of life – man, animals, plants – cannot be strictly separated from one another. It seems particularly pointless to me to divide the forms of human existence into higher and lower: ‘animal’ and ‘human’, ‘refined’ and ‘base’ instincts, ‘spiritual’ and ‘physical’ activity. Life of itself is a gift, a quality of matter, and a force that we do not, and never shall, completely comprehend, or else we would be the creators and transformers not only of life but of its primal causes. In the final analysis, life is both undifferentiated and manifold, pluralistic.”[ii]

Everything is a quality of matter, even the ethereal, the celestial; even the dark energies of the soul. A few pages later he invents the term “polyutopian” for utopias that are conscious of their own imperfections and thus more perfect. In the polyutopian constellation of reality, many utopias coexist. The ones that are closer to “the rhythm of universal life” will always endure more. Those that are imposed will die off. Every reality is thus quasi-utopian; that is to say, invented first, solidified with laws second.

From inside the chamber of a theological therapist, Simone Weil proclaims the need to destroy the “I” (just as she proclaimed the necessity to abolish all political parties because they generate “leprosy of the mind”). Virtues of poverty and humility collide here with an aristocratic sense of overcoming the sins of the universe. The high and low agglutinate. In a short section titled “The Self” she writes:

“We possess nothing in the world – a mere chance can strip us of everything – except the power to say “I”. That is what we have to give God – in other words, to destroy. There is absolutely no other free act which it is given to us to accomplish – only the destruction of the “I”.

Everything without exception which is of value in me comes from somewhere other than myself, not as a gift but as a loan which must be ceaselessly renewed.”[iii]

A terrifying demand in old theologies is to make a sacrifice out of oneself (in nicer terms, to turn oneself into a gift). To give one’s “I” away. But one can abandon the “I” in many ways and in many directions. We know well that to give away in excess means to destroy. Radical generosity verges on insanity: like a character who gives everything away as soon as he receives it, and thus constantly keeps himself on the fragile boundary between life and death.

But for us, for whom God has departed a hundred and thirty years ago, destroying the “I” nevertheless retains its shimmering necessity. To what end? So as to be more intimately related to everything else. To that banana leaf growing in the tropical sun, to that tiny little flower emerging between the cracks in the cement in the courtyard of a Yugoslav prison, to that magnificent exoplanetary space that envelopes us and which we can see closer and closer through satellite lenses. To be more intimate and intense, not with ourselves but with everything else. To destroy the “I” is the utmost luxury. It goes beyond the nobility of names. The despicable injustice occurs when the “I” is suffocated by someone else, by outside hands.

Somewhere-other-than-myself. Indeed, it is from the atmosphere of exuberance, from the volcanic island soil, from the dangerous idea sleeping in a prison cell, from the desire to undo myself, that the gift befalls and allows us to be without the “I”. The part of Weil’s formula that still stands: every gift is a loan which has to be passed on.

However, the “I” is also a conglomeration of affinities, also polyutopian, manifold. Since it is of the vegetal sensibilities, it is wrong to equate it with a person. How much healthier, then, to think of the “I” as a multi-crafted teraton, a portal and a portent.

Politics and nature (as experiences, as words) are atmospheric. This is the only way to approach them, as vapors, manifested as a chaotic conglomeration of teargas, a bird’s song, a baton, aerosols, a rubber bullet, a lizard’s eye, a spider’s jump, a body camera. All events that occur simultaneously and are at odds with each other.

To address this anomalous simultaneity, we learn from a surrealist writer, a communist revolutionary, a mystical therapist. For all three figures the highest value of life is the same: to become other (than oneself). To deviate from an institutionalized lifestyle. For everything unravels on the playground of style (i.e. how to live together, how to think, how to feel, etc.). All becomings are stylistic exercises. All revolutions are stylistic uprisings.

For these three counter-curse makers, convalescence happens in the realm of internal and external atmospherics. Internally, the body has its own climate governed by desire. Externally, politics is essentially atmospheric since it impacts the way one acts with others in a given territory; and nature is nothing but atmospheric thermodynamic pressures which determine zones of liveability. The plant-human grows and moves according to the intensity of the Sun; the theory of polyutopia sprouts in prison thanks to the seedling-ideas which resist established ideology; the “I” is essentially ambient, and it has to be replaced by ambiences from outside of ourselves. Hence, the abstract philosophical “outside” is primarily a set of concrete atmospheres.

These examples come from radically different planetary archipelagos: Caribbean, Balkan, French underground. They emerge from the space of suffering and desolation (brutal colonialism and absurd totalitarianisms of the fascist and communist kind). Yet they are instantiations of convalescence, intimations of overcoming. They speak from the delirium of their time by suggesting another delirious lucidity, one that is closer to the madness of the natural.

One could call this reformation a teratology of the self. Etymologically, terat- in ancient Greek meant “portent, marvel” or “a sign from god”. But if we, on the one hand, detheologize the concept and, on the other, wrest it from the discourse of genetics, we are left with the potential for affirmative transformation. Perhaps this is precisely what the ancient term announced: the divine lies within the malformed. Perhaps becoming-portentous means precisely turning into awe without fear.

Dejan Lukić is a philosopher-anthropologist living between New York and the Adriatic islands. He is a faculty member at the Institute for Doctoral Studies in the Visual Arts. His work revolves around the inescapable convergence between art, philosophy, and politics. He is currently writing a manuscript titled "Charismatic Image".

The Vice of Humanism: Abandoning Academic Philosophy in a Third-World Count...

Read More
The Vice of Humanism: Abandoning Academic Philosophy in a Third-World Country

Approximation Is the New Accuracy