Let us go back to 2008.  We have just elected a new president.  He is male, of course.  He is undeniably inarticulate.  He can barely put a sentence together.  It is hard to fathom what ideas he has beyond what seem like perpetual streams of consciousness.  He loves to remind everybody of his Ivy League pedigree, the fact that he “went to the best schools and has built a major business conglomerate”.  He lies routinely.  He has never met a stock bombastic phrase that he does not fall in love with.  He does not know what hyperbole is; everything, with him, is the greatest, the best, the most-est, down to his chocolate dessert!  Post-inauguration, he has been in office for less than six months and he is already being described as our “most inarticulate commander-in-chief” [https://uk.news.yahoo.com/donald-trump-just-gave-unintelligible-interview-yet-103314679.html] and many are wondering how the country would fare in the mix of functional illiteracy, needless bombast, thinly-veiled racism, aggressive sexism, and all-out attack on all things American—due process, non-discrimination on the basis of race, creed, national origin or sexuality—which have jointly created an atmosphere for increased racial violence against certain minorities, threats of anti-semitic violence against Jewish institutions, widespread fear among immigrants, legal and illegal, uncertainty for foreigners who want to visit or do business with the United States, and so on, and so forth.

Although it may at times sound as if claims for it are exaggerated, I would, on the contrary, like to suggest that so pervasive is white privilege in our society that those of us who affirm its existence may not even realize how much President Trump is a poster boy for it.  This is despite opinions that have been offered by various writers on how much he is a beneficiary of white privilege.

What continues to be missed is the asymmetry between how we react to mediocre whites and smart blacks when it comes to our public life.  Being smart did not help Barack Obama’s standing with many who support Trump while being not as articulate has not hurt Trump the least bit with his white supporters. This is why it is significant that there are enough white people who elected him starting, initially, with his racist appeal, specifically his racial animus to Obama as president.

Few now doubt that our president manifests all the defects iterated in our experiment.  Yet, for his party, it is business as usual.  The Republican Party has not deigned to make an issue of these shortcomings in his cognitive capacities and their implications for his qualification for the highest office in the land.  I cannot begin to imagine what furore would have greeted the least of the faux pas already committed in office by President Trump had they come from an equivalent black president.

More remarkable, perhaps, is the very loud silence, regarding these personal failings and inadequacies, of those hordes of Tea Party enthusiasts, small and big office-holder Republicans and their like who used to stalk Obama rallies, circulated racist jokes mocking Obama and other black office-holders, and generally made a career of arguing for Obama’s lack of fitness or possession of qualifications for high office.

Of course, it would be easy to say that the hordes just referenced were defined by their racism.  But that is to miss the point.

Imagine that all we said above had been true of a black president!  As many commentators have put it, while the campaign was still going on, he would not have been a viable candidate in the first place. Thankfully, we do not have to imagine.

Even though none of the above was true of our black president, our reality from the time Obama was elected to his last day in office was as if all of it was in the eyes of significant percentages of the Republican party and not a few segments of the rest of our citizenry.  He was everything that Trump is not when it comes to human qualities—cognitive, moral, graces.

Yet, all those qualities were either ignored or turned into extraordinary occurrences.  His articulateness became not something that we should expect of someone of his pedigree—son of Harvard-schooled father and well-traveled, sophisticated, academic mother; product of Columbia and Harvard Law School, sole author of two best-selling memoirs, absolutely, almost freakishly scandal-free person, the list goes on—but an extraordinary accident in a black male.  Is that the way we assess his white equivalents?  Were he white, these qualities would be remarked but they would not have assumed the dimensions they did in our estimation of Obama.  It is noteworthy that Trump’s Ivy League education has not been a point of discussion in terms of how badly he has turned out when it comes to intellectual capacities.  This is one of the most deleterious ways in which a naturalized white privilege works to make nonwhites be close to angels to even think of getting parity of treatment with their white equivalents.

More galling is that Donald Trump is president, thanks in part to his spending the last eight years assailing Barack Obama for “laziness”, “stupidity”, “ignorance”, and, ultimately, illegality concerning his citizenship status and all this based on no other consideration than Obama’s black inheritance says a lot about how being white makes everything okay.  These racist invectives, excoriations, including demanding to see Obama’s birth certificate and his “report card” in college—talk about gall!—to be sure that he actually was not a dumb student, were, to put it bluntly, Trump’s primary basis and the ground of his initial appeal, for contesting the presidency and this can mean one thing and one thing only: enough white people think that his racism and sexism, his lack of social graces and common decency and, finally, his lack of smarts when it comes to intellectual abilities, are no serious barriers to the highest office in the land.  If you are white and a dullard, the path to the presidency is royally paved for you.  If you are black and want to be president, you better be as close as possible to being a genius and an angel and even then, you should be ready to have the Republican Party and their supporters stalk you for your entire tenure and do everything in their power and possibly beyond it to erase your attainments afterward.

I am suggesting that if you are white and male, you could be as racist and sexist and bigoted as you want, so long as you appeal to white supremacy, however it is couched or coded, you can always be president.  That surely is one privilege that the rest of us don’t have.

Certainly, I am ignoring the fact of his intellectual challenges.  This is the aspect of white privilege that has been continually flagged in the discussion of the idea.  This is the one that people who do not have an insider track, in terms of direct experience, are most likely not to get.  Given Obama’s pedigree, what would have surprised us is if he was not bright, articulate, sophisticated, and the like.  But because that is not our ordinary way of thinking about black people, especially males, ordinary gifts become extraordinary talents and, therefore, exceptional.  Black people are made to fall between dumb and exceptional, no in-betweens for us.

I am in the academy and the fact that I am a recent immigrant does not matter.  I am, by definition, an exception and, as an African, a survivor of the gory life that is ordinarily predicated of ‘Africa’.  I doubt that anyone thinks similarly of my immigrant cohort from Moldova or Greece.  That even newly-arrived black immigrants are quickly imbricated in this racist framework is the best evidence of the recalcitrance of white privilege, despite strenuous denials from many quarters. 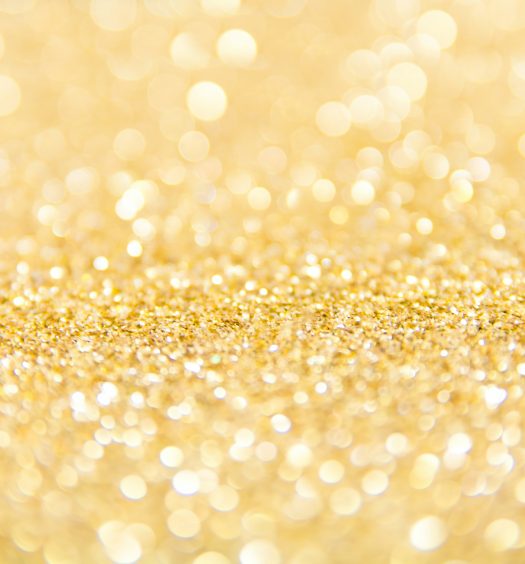 To Laugh at Gilded Butterflies