“If you have the truth, keep it to yourselves.“ -Fernando Pessoa

The old traditional truth was dogmatic and fundamentalist, one that always came out unscathed and that made itself inaccessible to everyone, save for the guardians of its orthodoxy. That is why Fernando Pessoa blurted out to the custodians of absolute truth: “If you have it, keep it to yourselves.” After all, such absoluteness surpasses human contingency, and so is transformed into a lie.

Let’s thus keep the absolute truth to ourselves and proceed in the search of another one, following its path together. A friend, José Bada, speaks to me of truth-as-path, which is a quest after it but without the hope of possessing it, a dialogic or intersubjective opening, which I prefer to call truth-sense or a sensed truth, a co-felt or consented truth. Sense-truth is the human truth incarnate—relational and not absolute, but also not relativist.

From a hermeneutical perspective, being is understood as an incarnate and humanized logos, and, therefore, as true or false, or, better yet, as true and false, luminous and opaque, divine and demonic, traversed by a radical ambivalence. This is a great inspiration for contemporary hermeneutics, procuring the mediation of traditional dualisms through their linguistic articulation or correlation of opposites, whether they are truth and falsehood, or good and evil. Now reality is true and false because the old transcendence of being is immanently incarnated in human language, which articulates these extremes, along with meaningfulness and nonsense.

On the one hand, in its orthodox, purist or puritan version, pure truth is maintained thanks to the untruth deemed impure, albeit at the price of falling into the dualisms we have mentioned above. On the other hand, although the heretical variation sustains untruth and, indeed, absurdity, it does so at the expense of pure truth, and so falls into materialist monism and finally into nihilism. By contrast, our hermeneutical solution keeps truth and untruth, sense and nonsense, the positive and the negative, precisely because transcendental being is immanently incarnate.

In effect, at one extreme, we have an aged absolute truth belonging to tradition, while, at the other extreme, we witness a relative or relativist truth, typical of postmodernity. We have thus jumped from one extreme to the other, from a pure truth to the postmodern post-truth or pseudo-truth. And yet, between the absolute and the relativist bookends of a metaphysical era, we affirm a relational or correlational truth, which is neither purely objective nor subjective, but medial and mediating, objective-subjective, human rather than extra- or superhuman.

Just as the eye is an eye because we see it and it sees us, correlationally, so an authentic truth shares your vision and mine in a cosmovision of an inter-perspectival type. It is an articulation of a sense-truth in all its polyphony and a symphonic co-implication of opposites, including your veracity and mine. In this way—and it is a way—an authentic truth signifies an “intertruth,” plural and contingent, given that since Aristotle we know that every substance is already congenitally affected by its accidents. It follows that such a truth is what it is and what it is not; it is reality and its counterpoint, light and shadow.

Let us say that an authentic truth is the synthesis of the one and the other, a love of contraries. This is the very incarnation of human ambivalence, or, as Pablo Neruda puts it: “you will know that I don’t love you and that I love you, since life is made of both: love, I love you in light and in darkness.” God himself, the supposed pure truth, is the co-implicate of being, and, hence, a co-implicate of reality. Arturo Sosa, a Jesuit headmaster, invokes a multicolor, multicultural and multivaried God, and, more radically still, Nicholas of Cusa defines him as the coincidence of opposites. To love God, therefore, is to love all of him, be it in a sublime or sublimatory mode.

In the classical orthodox tradition, we gain the ideal and abstract truth, while losing the real and concrete world, depreciated for its falsehoods and lies. Reacting to his state of things, Nietzsche and his followers lose the truth and sense in the name of a fatalistic and in-veritable world, en-closed in itself. And then we have those who have adopted an intermediate hermeneutical stance inspired by Christianity, where supreme truth collapses onto its own incarnate reality. As a result, we get the human world of truth in a polemic with untruth, a certainty achieved through the ambiguity and plenitude of everything tested by nothing. We reach truth through a lack of truth, the lack disclosed finally and paradoxically as the engine of the aspiration to truth, akin to the sacred Socratic eros.

Truth has always had a good press, while untruth has had a bad one. But we should put in doubt not only this bad press but also the good, in the name of a certain generalized ambivalence. There are truths that are mathematical certainties, such as 2+2=4, but uncertain existentially, and there are fictional falsities, whose truth proves to be watertight. In the Christian tradition, and especially in Lutheranism, the existential lies of sin are affirmed as a step toward grace, leading to the provocative slogan, Sin, but believe! corresponding to the Augustinian Do what you will, but love! In this existential context, truth consists in the ascension of the world’s lie and its purification, while the believers no longer deceive themselves on the subject of the vital and mortal deception, in the words of Spanish writer Miguel de Unamuno.

I think that we should speak of a posthumous truth, assuming in this world the sense-truth, or simply sense, as a barometer of our human condition. Ultimately, authentic truth is the sense that accepts nonsense, while authentic sense is the truth that accepts its duplicity and fictionality. Let us leave pure truth to the old gods and relativist truth to the new postmoderns, even as we prudently accept the interperspectival sense-truth.

Truth means logos (adequation) and sense means sensus or eros (love). The love of truth (philosophy) culminates in the truth of love (sophophilia), which is true wisdom.

Andrés Ortiz-Osés is Professor Emeritus of Philosophy at Deusto University, Bilbao and a member of the Eranos Circle. He has elaborated a philosophical hermeneutics of sense in books, such as Love and Sense, Reason and Sense: Contributions, and The Sense of the World. 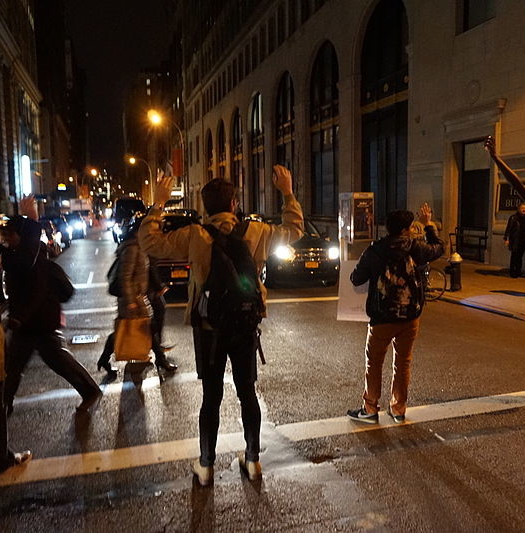