Although Director James Demonaco’s movie franchise, The Purge, has been labeled a leftist screed, the most recent installment in this series, The Purge: Election Year (2016), exemplifies the deep crisis of liberal leftist politics today. In its commitment to the dominant neoliberal multicultural ideology in the US, Election Year leaves untouched several leftist taboos that are central to the multicultural ideals of tolerance, pluralism, and inclusion. Inadvertently, the film ends up reproducing the same contradictions that beset the dominant neoliberal multicultural ideology underlying its form and content. Moreover, the film fails to offer any meaningful vision of class struggle, which could effectively “end the class war” against the have-nots—something it explicitly advocates.

The Good Other, Victimhood, and the Question of Agency

The first taboo Election Year buttresses relates to the media representations of the racialized Other. Film School Rejects’s Tomris Laffly claims that the film “gives people of color real agency in determining their own faith and defending themselves against a corrupt structure.” Far from it. The movie provides a one-dimensional image of the racialized Other and offers a fake sense of agency. As IndieWire’s Eric Kohn correctly notes, it gets a “cool black cast,” but offers them nothing more than supporting roles.

This same contradiction is also evident in the representation of immigrants, violence and guns. Although a Mexican immigrant performs the role of the “sidekick” and the film ends on high patriotic notes that frame the American flag within the Mexican immigrant’s adoring gaze, the film explicitly links immigrants to crime and homicide. Furthermore, it glorifies excessive forms of aestheticized violence, while explicitly denouncing them. In fact, The Purge undermines its anti-Second Amendment message by its fetishization of guns.

The second taboo the film toys with in an ambivalent way has to do with politically correct language. When it comes to racial politics in an allegedly post-racial world, the film seems to violate its racial egalitarian ideology and play the reverse racism card. For example, the black bodega owner makes various references to “my negro” and to “my white people.”

In the case of sexual politics, however, the film indulges in politically incorrect and obscene sexist references to women. In a secret meeting that was held two days before the Purge, the head of the shadowy government of the reactionary New Founding Fathers of American (NFFA) refers to the rising female presidential candidate, Charlie Roan (Elizabeth Mitchell), as “cunt.” In a parallel meeting, the film’s radical multicultural crew engages in banter in the deli and humorously talk about “waffles and pussies.”

In both scenes, two women are present, but both of them occupy a marginal position and respond to these terms of abuse nonchalantly or obliviously. Such a language does not help overcome oppressive power structures, whether racial or patriarchal, but only serves to perpetuate them.

The Moralism of Class Warfare

This same ambivalence is also evident in the film’s treatment of class politics. Writing for Dissent, Kate Aronoff claims that unlike other recent science fiction representations of class warfare, Election Year employs sordid realism to show that the polarization of wealth has reached a tipping point.

Unfortunately, the film fails to translate its slogan to “end the class war” into any radical terms. Rather, this class war is inscribed in a moralistic language framed within neoliberal notions of racial politics and private property, not in the radical language of class struggle. From the early scenes, the female presidential candidate turns a political conflict into a moral one. She calls for an end to the bloody ritual, by fighting for the “soul of our country” and invoking Lincoln’s infamous phrase from his first inaugural address, “better angels of our nature.”

Moreover, much of the libidinal investment of this “class war” is structured around private property, the deli. While he reluctantly accepts a tax hike on his property, the African-American deli owner and his Mexican sidekick risk their lives on Purge night to protect the deli from the psychopathic young women. After the deli owner and his sidekick rescue the female politician and her bodyguard from foreign “murder tourists,” the deli also serves as a safe haven to the future POTUS from the marauding homicidal maniacs roaming the streets on Purge night.

Another symptom of failed multicultural politics in Election Year is its inability to rework the idea of class solidarity in the U.S. today. First, the film opts for the fantasy of immediate class solidarity among different oppressed constituencies, but that solidarity is exclusively intra-minority and is based on some form of personal interest and contractual obligations like the one between the deli owner and his sidekick.

What’s more, the film substitutes genuine interracial class solidarity for the white savior narrative. While the multicultural crew rescues the white female presidential candidate, it is the female politician who assumes a leadership position in the fight against the NFFA, fascism, and white power. As such, the film replaces horizontal camaraderie and solidarity with clearly demarcated and racialized hierarchical power structures.

Needless to mention, the white female savior is herself protected throughout by a white male bodyguard (Frank Grillo), however incompetent and mistrustful of minorities he is, shedding more light into the film’s problematic, racially gendered ideology.

The Ends of Revolutionary Violence

Symptomatic of Election Year’s multicultural politics is its disavowal of radical and revolutionary violence as an example of personal ethical failure. On the one hand, the Black radical leader (Edwin Hodges) is lectured by the Minister about his revolutionary hypocrisy and reluctance to resort to violence. But when the latter urges the former to finish him off the way Purge Law prescribes and prove that he is truly American, the Black freedom fighter declines the offer.

On the other hand, paramilitary anti-purge resistance is portrayed as equivalent to state-sanctioned violence, which it opposes. The president-to-be exhorts the Black radical leader not to kill the fascist Minister, because if he did, he won’t be much different from his target. The film thus renounces revolutionary violence, even implying through the association between Lincoln and foreign “murder tourists” that carnivalesque terror and senseless violence have more emancipatory potential than revolutionary violence.

As it rejects revolutionary violence and radical politics, the film can only fall back on the fetishistic belief that multicultural democracy is the only possible antidote to the rising tides of anti-immigrant populist and fascist politics in the U.S. This fetishistic belief in elections functions as the ultimate ideological fantasy, especially in relation to minority voters. Election Year thus obscures the history of minority voter suppression in the US and the de facto Jim Crow practices that still inform some Election and Registration boards which seek to “purge minority voters” from their lists around the country. The film ends up maintaining the status quo, rather than exploring the possibility of restructuring the totality of social relation in the US, and completely ignores the question of the “morning after.” 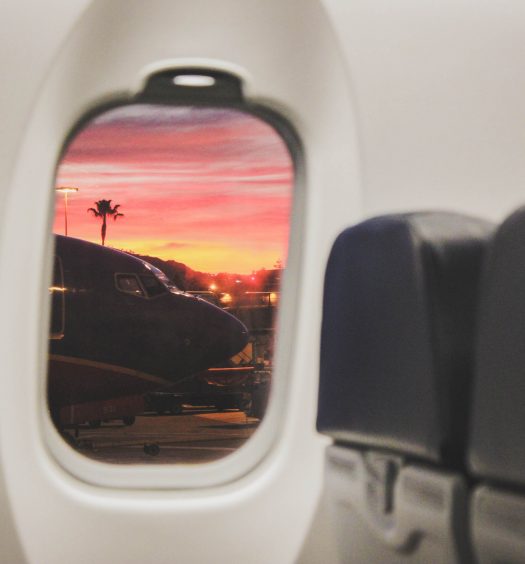