The Great Slumber… and Then There Were None

The Great Slumber… and Then There Were None

2019. It has been quite a year of environmental wreckage and we are not done yet. September opened with Category 5 Hurricane Dorian flattening the Bahamas. The low lying topography of the Bahamas, where 80% of land sits no more than one meter above sea-level makes it especially vulnerable to sea rises and intense storm activity.[i] August dismayed the international community as news media reported on the scorching of the Brazilian Amazonas, where the thick black smoke clouds emitted from the burning of the earth’s lungs dramatically darkened daytime Sao Paolo to night. In June and July, Europe encountered record-breaking heat: temperatures that scientists reported were compounded by up to 3 degrees Celsius due to changes in the world’s climate system.[ii] A scientific study conducted on species extinction and endangerment concluded the Spix macaw, those cute bright blue lovebirds featured in the Disney movie Rio, to be extinct in the wild.[iii]

This list of human-induced environmental wreckage could continue, but it does little to move the existential dial toward action. Homo sapiens keeps on demolishing the fragile balance between human beings and all other forms of life on earth. Human inaction though is action, albeit not the kind of action we need right now. If we shift Nietzsche’s nihilistic proclamation that ‘God is dead!’ to ‘Humanity is dead!’ we enter the darkened territory and time of not just the end of the species Homo sapiens, but the non-existence of a non-anthropocentric experience of freedom. Put differently, Homo sapiens has forsaken its humanity because what the species on the whole values comes at the expense of all life on earth. This is why we need to become actively and thoroughly nihilist. Because of an ‘overvaluation’ of ourselves we are ‘losing the equilibrium which enables us to live’.[iv] Put differently, let’s take the existential endpoint of the species –  ‘…and then there were none’ – as an affective state to mobilize change.

Brazilian President Jair Bolsanaro’s characterization of the Amazon as there for the taking has emboldened farmers to expand logging throughout the forest. US President Donald Trump’s portrayal of the COP21 climate agreement as unfair misleadingly presents climate action as a ‘draconian financial and economic burden’ that has disadvantaged the US economy to the ‘exclusive benefit of other countries’.[v] Both leaders reinforce the view that environmental flourishing is a non-value. They also instate a metaphysical separation between humans and the rest of life on earth, where ecosystems, other-than-human species, and future generations are treated as expendable, as means for short-term human gain. The violence does not end here. Trump goes so far as to re-represent opposition to his irresponsible and aggressive disregard for environmental harms and climate injustices as a personal attack on him. Describing his critics as engaging in a witch hunt against him, the privileged climate-denying billionaire Trump presents himself as the victim, not the millions of environmental refugees forced to flee their homes, the dead Puerto Ricans he failed to acknowledge existed after Hurricane Maria, or the 106,732 threatened species slated for extinction if we continue with business as usual.[vi]

Considering the lungs of the earth disposable, climate justice agreements and activities a hoax, and anti-immigration El Paso shooter an environmental extremist (according to Fox News reporter Jesse Watters) not only insulates the inhumanity of the environmental emergency from debate, but also has the insidious effect of furnishing a moral high ground for the perpetrators of transgenerational, transpeciesist, and transnational violence. It is an instance of weak nihilism at its very worst, because relegating some kinds of life to a state of nothingness is an all-powerful act that comes from an incapacity to recognize some basic everyday limits. There is a tipping point for the climate. The world’s water resources are finite. Biodiversity loss and human health are connected. Glaciers are retreating. Deforestation is accelerating. Carbon dioxide concentrations in the atmosphere have surpassed 400ppm, while, to avoid the negative impacts of climate change, the safe upper limit is 350ppm. Physical limits exist; how we put those limits to work is where politics begins.

Under these circumstances weak nihilism deems some lives as value-less (other-than-human species, future generations, the poor and the minorities living in low-income communities) and others as valuable. Unsurprisingly, it is the minoritarian position of a single female child protester that calls out this kind of megalomania for what it really is: the great slumber. As Greta Thunberg announced: ‘We, children, are doing this to wake the adults up.’[vii]

Thunberg inserts herself right in the middle of a geopolitical climate change vortex of ineffective, because non-binding, international climate agreements that have enabled a high-income country like the United States to turn its back them, and the ineffectiveness of international law to legitimately place some of the biggest perpetrators, such as dirty oil and irresponsible governments, on trial for crimes against humanity. The innocence of a child rising up as humanity’s dark unconscious reminds us all that the unbalanced relationships we have formed with each other, the future, and our other-than-human friends is an illusion.

Thunberg’s minoritarian position comes less from her singularity or the numbers of both adults and children who have risen to support her, and more from the innocence of her calling the adult world to account. That admonition is the antithesis of innocence; this is active nihilism at its most effective, for it is shaking the adult world out of Plato’s cave—one filled with the fictional shadows of consumption and commodification mindlessly dancing on the graves of the extinct—and into the scorching sunlight of heatwaves, hurricanes, droughts, and floods.

A minoritarian position, if we follow Deleuze and Guattari on this, calls normality into question. It disrupts the everyday functioning of institutionalized political systems. It breaks apart the fixed relations that make up the dominant political orders Trump or Bolsanaro exemplify, by forcing them to operate politically again. A minoritarian politics weakens the uncompromising powers that constitute their majoritarian control. It casts a spotlight on the immediacy of the emergency, or what Santiago Zabala might describe as the absence of emergency that functions to lull us into a state of indifference toward the real emergency human beings are facing. The current political slumber impedes concrete environmental and climate action and, as such, it is tantamount to an abuse of political power.

Invoking the affective force of ‘…and then there were none’ points the not-so-distant future to a space and time where inaction has run its full course. A time and place where human beings no longer roam the earth. A time when the earth persists despite the thrashing it was given during one brief moment in its history: the time of the Anthropocene.

With the next round of climate talks a few months away, we urgently need to push our politicians to become political and adults to grow up by taking responsibility for the mess that has been made. We must be willing to reinvent legal systems the world over and to place these in the service of micropolitical engagements that are formed transpolitically through unlikely alliances across generational divides, empathy toward the unfamiliar, and efforts to overcome the borders of nationalist sovereignty.

[i] United Nations Development Program, An Overview of Modelling Climate Change: Impacts in the Caribbean Region with contribution from the Pacific Islands, December 2008: 55. Accessed 2 September 2019. file:///Users/parra/Downloads/AOSIS-UNDPFinalReport.pdf

[vii] Dawson White, ‘5 things to know about Greta Thunberg. “We children are ding this to wake the adults up.”’, Miami Herald, August 29, 2019. https://www.miamiherald.com/news/nation-world/national/article234506567.html

Adrian Parr is the Dean of the College of Architecture, Planning and Public Affairs at the University of Texas at Arlington. She serves as a UNESCO Chair of Water and Human Settlements. Her most recent publication is Birth of a New Earth (Columbia University Press) 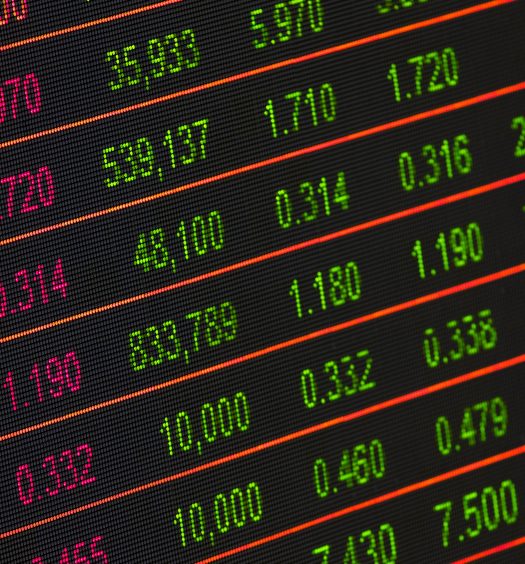