By Farah Abdessamad  •  2 years ago

During the unfolding crises, we struggle to make sense of our immediate surroundings. This year has exposed us to a far-reaching inhospitality. The situation, nonetheless, offers an opportunity to remove the noise-filled layers of our lives and reconsider the elements that are everywhere near us. Can our present, languishing under the weight of a respiratory anxiety, be a moment of, and for, air?

The pre-Socratic philosopher Empedocles (5th century BCE) described the world as a tangle of roots and forces of symmetrical nature. The four roots are the four classical elements: fire, air, earth and water. Love and strife are the two opposing forces that bring contestation, harmony or disharmony, aggregation or separation, to these life-enabling or chaos-bringing roots.

The air that Empedocles refers to is aether, the sky’s noble upper atmosphere. Aether is the substance that the gods breathe – akin to the breathing “air” of humans, animals and plants – and a primordial god himself. Air belongs in a cosmogony. Its substance fills the universe. Aether is superior to the other elements, a quintessence of being. Unlike fire, water, and earth, one cannot see or touch it.

In the 16th century, Flemish painter Adriaen Collaert came up with a visual interpretation of air-aether in a collection of prints, featuring the classical elements and a categorization of individual temperaments derived from them. Air is a naked man, whose curly hair hosts human baby heads, representing wind. Four cherubs, also representing wind, are placed in each corners of the print. Their blowing forms lines, demonstrating force and movement. A purple cloud carries Air, and he is surrounded by other purple clouds and various birds, against a royal blue sky. Air extends his gaze towards a green chameleon sitting on its right hand. The animal stands for an ethereal symbol of all-seeing. Collart modelled his prints on an art piece painted by his contemporary Maerten de Vos, which one can admire at the Prado Museum in Spain. In the oil original, called “The Air” a draped divine figure reminiscent of Aeolus, the keeper of winds, no longer looks to his chameleon pet but gazes into a higher distance. His background contains no blue sky, and the saturating clouds point to a single source of light – the sun? paradise?

Air is an assembly of gasses, chiefly composed of nitrogen and oxygen, which can either nourish or asphyxiate. Too much methane, too much carbon dioxide, or not enough oxygen, can push a precarious balance towards a life-threatening condition. Breathing is nothing short of a miracle.

A pandemic and a crises-hit year bring us back to a reflection on the crucial function of life, to how vitality is sustained. Our physical constitution requires us to breathe. It is a crucial precondition for human life. In Chinese philosophy, the life force Qi (气)is also air. Our lungs carry Qi when we inhale.

In the first instance, the virus causing COVID-19 attacks the respiratory organs. For those who have developed serious health complications, be it a congested chest, shortness of breath, pneumonia, and respiratory failure, it cripples something we perform twelve to twenty times per minute, day and night. We wear masks, filtering our regular inhalation process, to protect ourselves and others. We shield against aerosols and suspended particles. Air may be menacing, and, hence, it requires control.

I can’t breathe: the last words of George Floyd. The 46-year old Black man choked to death under yet another atrocious, racially-motivated act of police brutality in Minneapolis, Minnesota, on May 25. Millions chanted his plea in streets across the U.S. and abroad, ignoring physical distancing measures, curfews, and facing a disproportionate use of police force as multiple incidents showed. While masks-wearers felt sometimes faint and smothered during the hot June days, protesters called for the right to breathe during a pandemic. Breathing to inhale, and breathing to purify. What suffocated protesters included structural injustice, as well as masks, tear gas, an unending and uncontrolled pandemic, a politically-charged nauseating atmosphere of othering, an economic recession and a quarantine affecting our general wellbeing (by late June, 40% of U.S. adults struggled with mental health according to the CDC). In short, life itself, in its material and immaterial forms, took a gagging turn. This became especially true for ethnic minorities.

Pre-pandemic, the right to breathe would have included teenagers striking for climate on Fridays, calling attention to the climate emergency and pollution. Didn’t we hear that mask-wearing started in East Asia, triggered by spiking pollution levels in urban centres? There are increased rates of COVID-19 in places exposed to high levels of pollution. Asthma sufferers are among the at-risk population. After weeks of lockdown, the Los Angeles smog finally cleared. Kathmandu saw its snow-capped peaks again. But the respite was short. Summer heatwaves congested our quality of life. Air needed conditioning. Hurricanes Laura and Marco blew over the Gulf of Mexico back-to-back. Relentless fires are spreading in California and thick smoke-filled haze creates apocalyptic skies.

Air, as gas, is also combustible. On August 4, the explosion in Beirut shook the world with horror. It bended and destroyed multiple shapes and structures, architectural and political. Entrenched negligence unleashed a blast of 2,750 tons of ammonium nitrate, which killed over 200 people.

But air isn’t just about physicality. It relates to movement, to dreams, as Gaston Bachelard showed in Air and Dreams. Air is linked to an ascent, or a fall, and belongs to the realm of imagination. Air is also political, and this was hard to ignore when, infected with the virus causing COVID-19, Donald Trump removed his mask on the balcony of the White House in front of cameras, after leaving his hospital facility against CDC guidelines.

Our shortness of breath, of clean air, both physical and symbolic, becomes the foundation of a transformed environmental space, the new Umwelt. It reveals a decline of air quality and quantities of oxygen, various degrees of perceived and chemical toxicity, and a longing for a deep, satisfying inhalation followed by an impossibly long exhalation – perfectly embodied in the success of meditation apps.

Air is rare, and, therefore, precious. It not only feeds our bodies but also connects deeply to how we place ourselves in the mesh of an interdependent life. In the tension between love and strife introduced by Empedocles, the latter has many mythological siblings, driving life along. Hardship, Starvation, Forgetfulness, Pains, Ruin, Wars, Murders, Anarchy, Disputes, and Lies, to name but a few, are related to strife. To tame these, where and when we can, may be a first step towards a regenerated sense of hospitality, and an improved outlook on the possibility of weathering the storms ahead. Will air be ever free of strife’s siblings? Will it receive us in its welcoming embrace again? And will we be able to welcome it unconditionally in our lungs?

Farah Abdessamad is a French and Tunisian writer living in New York City. Farah is currently working on a novel, and a collection of essays. You can follow her @farahstlouis. 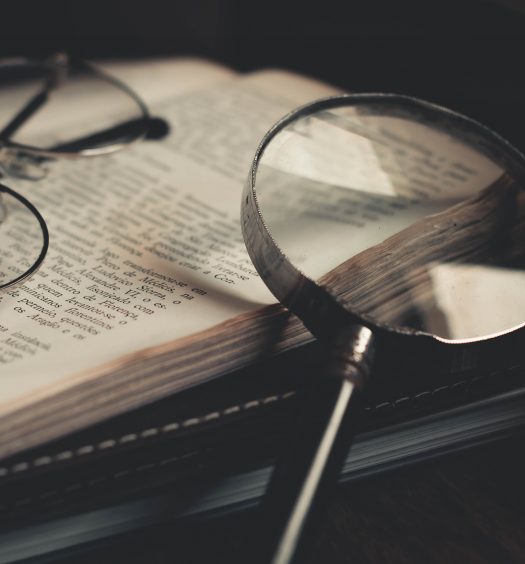 The CIA Reads French Theory: On the Intellectual Labor of Dismantling the ...