By Erika Mastrorosa  •  3 years ago

Compelling criticism of democracy as a form of government has followed democratic transformations throughout history. Although democratic realities vary, the current pandemic is testing the adequacy of all our institutions. Does democracy, in theory and in practice, have the wherewithal to resist the allure of political excesses?

Democracy is said to be the most viable form of government, despite its many faults. But is the ‘lesser of two evils’ argument theoretically justifiable? Before we start defending our position, we might want to turn to the past and reflect on what ancient Greek democracy still has to offer.

Inevitably, I must refer to Plato, whose fervent criticism of democracy is exemplified in his life-long aversion towards rhetoric.

For Plato, rhetoric harms the equilibrium of the soul by appealing to one’s passions. The non-rational part of the soul, to which passions belong, is limited to bodily experience. In Theaetetus, Plato presents several arguments as to why sensory awareness can’t justify beliefs, implying that any deliberation based on it is objectionable. Plato defines knowledge as justified true belief, which reason alone can yield by virtue of its apprehension of the ideas. Those who act according to passions cannot act knowingly, in that their beliefs are not grounded on the ideas’ objective truth.

This bridge between political deliberation and the soul mirrors the connection between public and private life that was typical of Athens. While we tend to shield the private from the public, Ancient Greece worked within a different framework, one that embedded politics in the ethical way of living. We favor the individual over the collective, shaping our shared spaces on what individual liberty demands. Athenians shaped their personal life according to the inner workings of the polis. Ethos and nomos, thus, blend in the morality of being a citizen.

For Plato, democracy displays only a fragmented commitment to the polis, and rhetoricians, playing on people’s passions, jeopardize the unity and harmony of the soul. However, dismissing passions and endorsing reason for reason’s sake doesn’t get us very far. Indeed, Plato does not oppose reason and passion. He attacks rhetoric because it misleads passion.

Plato took issue with the monological character of rhetoric. Far from resembling a cooperative dialogue, rhetorical discourse thwarts any creative critique. The “one-to-many” relationship that informs democratic deliberations lacks the dialogical character that leads to truth.

In contrast, the Socratic method is fundamentally dialogical. It is an exchange characterized by questions and answers, moments that the monological discourse lacks. For this very reason, Socrates was never interested in politics, but rather embarked on a quest for truth to the benefit of souls.

On the one hand, asking today’s politicians to look after the citizens’ souls might feel out of touch. But our democratic practices are hardly dialogical. Their very structure and success depend on rhetoric. Emotions run high and the distribution of power exposes the rhetorical approach to political success. Rhetoric piggybacks on the monological: it appeals to passions, making any political claims unsound. In fact, while an argumentative dialogue is a two-way street, monological discourse is manipulative, insofar as it exploits the arbitrary passions of the people in order to conceal political bargaining.

On the other hand, the claim to a higher form of government is substantiated in the metaphysical understanding of the Platonic idea of the good. While the rule of Plato’s philosophers-kings falls back on metaphysics, rhetoric is largely based on experience. Rhetoricians seek power, while the interest in the citizens’ souls is left behind. The philosophical journey is harmed by a battle for popular support.

If Plato convinced us of the tainted nature of democracy, we would be left to wonder whether passions have a legitimate place in political deliberation. Should we follow Plato, rationality alone would guarantee justice and harmony. Plato does identify the kind of rhetoric that discredits democratic practices, but he is also forgetting the rhetorical devices he resorts to in his dialogues. Indeed, Socrates aims at discovering the truth often by employing rhetorical means to philosophical ends. It would be difficult to ascribe to the Athenian sophists and today’s demagogues the same teleological commitment to the truth. But what democracy can retain of the Socratic method is attention to the use of a shared language. That is, the interlocutors of Socrates wouldn’t have engaged in conversation with him if he hadn’t closely followed the structure of their discourse. By the same token, democracy should accommodate passions to facilitate a public debate where all parties are aware of the role passions play in the decision-making process.

Making room for passions in political confrontations doesn’t mean eliminating reason as the driving force toward reasonable deliberations. Dubious political forces have gained traction preying on irrational pseudo-beliefs one might wish to eliminate from any political discourse. Yet, the absence of passions would depoliticize public life altogether. These passions risk being skewed towards false beliefs, but their presence is as structurally necessary to democracy as the non-rational part of the soul is to the soul’s composition. If reason were to guide all our deliberations, I doubt we would see a high degree of political participation that is essential to our political practices. Reducing the engagement with public life to a logical argument strips democracy of the driving tension that characterizes politics and compels us to carry out our civic duty.

Plato’s attention to the dialogical character of rational discourse is well honed. The deliberative process that is indispensable to democratic practices should entail a form of dialogue. Of course, we are no Socrates and perhaps we lack the metaphysical knowledge of the good. But we do have the means to create a more modest philosophical discourse outside the larger rhetorical sphere. The very form of government we want to keep in check fosters an exchange of information and encourages reflection on the stance of our interlocutors. But we need to make sure our knowledge is not undermined by the passions that rhetoricians might be playing on.

The beauty of democracy is that it leaves us free to seek the kind of truth that comes into being when we, citizens, embody the democratic values we wish to live by. It comes down to our responsibility to look after ours and our fellow citizens’ souls.

We may never get to a genuine democratic system where institutional design is wholly democratic. What we can do, however, is make up for the structural deficiencies of the non-dialogical character of politics by adopting the Socratic method ourselves. How, you ask? Well, this question is already a start.

Erika Mastrorosa is a philosophy postgraduate with a passion for writing. In addition to philosophy, she enjoys researching and writing on mental health and social issues. She is a passionate advocate for equality and education and she is currently working for a mental health foundation as a research/bid writer.

The Philosopher’s Ignorance (with a Response by Slavoj Žižek) 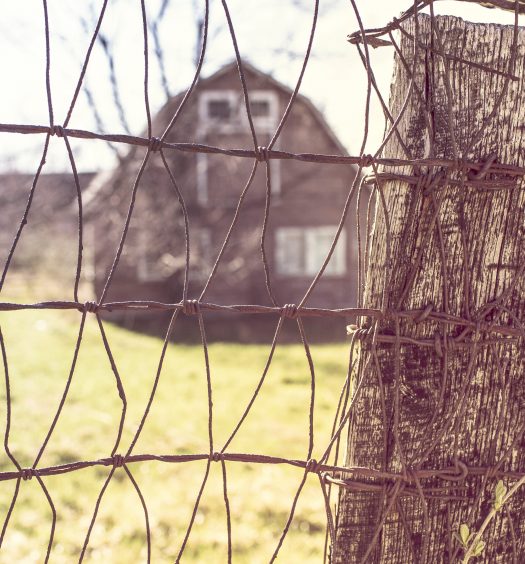