The leitmotif running through the critical reactions to my two short texts on the case against Avital Ronell is that I ignore (or don’t understand) the game of power in the academia: the power that professors, especially thesis advisers, exert over their students and assistants, the power to make or break their entire careers and job prospects. Is this the case? Far from ignoring the exercise of power, I just think one should take a closer look at how it worked in this case.

Of course, Avital made a grave mistake by engaging in the eccentric friendship relationship she had with her accuser – a blunder, but not a crime, as someone sympathetic to her put it. What was wrong was not this relationship as such but the fact that it took place between a student and his mentor, and in the eyes of her critics, this is enough to pass the final judgment: Avital exerted brutal power to exploit and humiliate her student. For me, it is here that problems begin.

In the media, Avital is portrayed as an academic megastar with the power to provide tenured jobs and ruin or make careers. This is not the Avital I know. What I know is that she had many enemies at the NYU (some even tried to enlist me against her), that an African student accused her of racism because in her class she interpreted a Hölderlin poem which mentions “beautiful brown ladies,” etc. Yes, she can be “bitchy,” as they say, but she can also be very engaged and helpful. To see this, one just has to read letters from her to him and from him to her, insofar as they are available. The figure of Avital that emerges from them is somebody demanding, bullying, controlling, sharp witted, nuanced, perceptive, but at the same time caring and helping, and above all pretty insecure, almost desperately clinging to formal assurances while being aware they are not sincerely meant (in the style of “even if you don’t mean it, just pretend…”). This is definitely not a controlling master sadistically enjoying her power.

As for her accuser, one should just read whatever is available of his messages to her, especially from the time when he was complaining about her in his messages to others. “I don’t know how I would have survived without you. You are the best, my joy, my miracle. Sending you infinite love, kisses and devotion, your – n.” “Sweet Beloved, I was so happy to see you tonight, and spend time together. It was so magical and important, crucial on so many ways. Our shared intimacy was a glorious cadence to our time in Berlin. Thank you for these moments of togetherness and utter and pure love!…Infinitely, – n” “Thank you for your being my most precious blessing. Loving, your – n.” “Dearest, I have not heard from you all through this oriental trip… Please drop me a line to let me know you are well, I have been worried about you… hugs, n.” Plus, his mother invited Avital to his sister’s wedding in Israel. Plus, we can read in the acknowledgments of his thesis: “I thank Avital’s teaching, careful reading, sensitive support… and her unremitting listening to all my whims.”

Are these words and acts of a helpless student terrorized by a figure of power? As for Avital’s eccentricity, I should add that rumors about it are common knowledge. I consider it simply impossible that someone who decided to choose her as his/her supervisor hadn’t heard them. So I think the accuser’s words and acts are much more the words and acts of a man who ruthlessly seized the opportunity and played the game as long as it appeared to advance his career, trying to squeeze out of it as much as possible (note how often his emails include a request to review and edit his writings!), and then turned against his mentor when it became clear there was no tenured post waiting for him. It’s part of the academic game in the US that those whom a professor supervises succeed. This success adds to the professor’s reputation, and Avital certainly did help her accuser in getting his texts published, in receiving his Ph.D. in record time, in obtaining 3 prestigious post-docs… So, yes, the case of Avital and her accuser is a case of power, of a professor who engaged in an almost self-destructive relationship, and of her student who ruthlessly exploited the situation and ended up asserting his power over her.

The relationship between Avital and her accuser is a very atypical example of how power works in the US academia. It is a complex and eccentric case, far from the typical self-assured professor who exploits students sexually or professionally. I guess this is one of the reasons why it attracted such attention in the big media: it offers, as an exemplary case of the abuse of power in academia, a fascinating eccentricity and thus obfuscates the widely spread “normal” abuse of power. 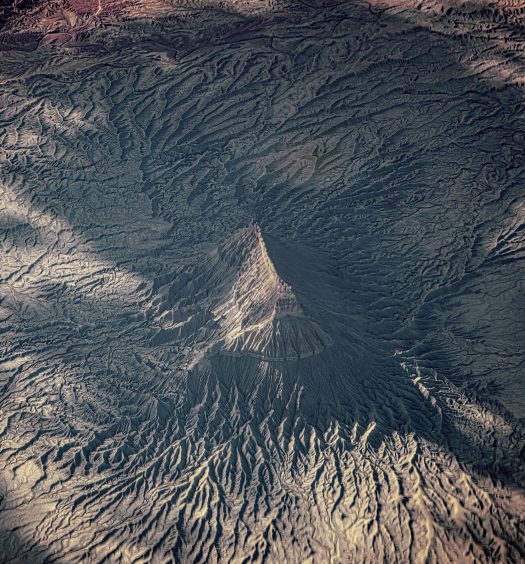 Stasis @ The Salon 2. Against the Whole Planet. The Anarchy of Other Earths...

Read More
Stasis @ The Salon 2. Against the Whole Planet. The Anarchy of Other Earths

Read More
The R-Files 1.0: On Eclipse of Reason & Elements of the Philosophy of Right