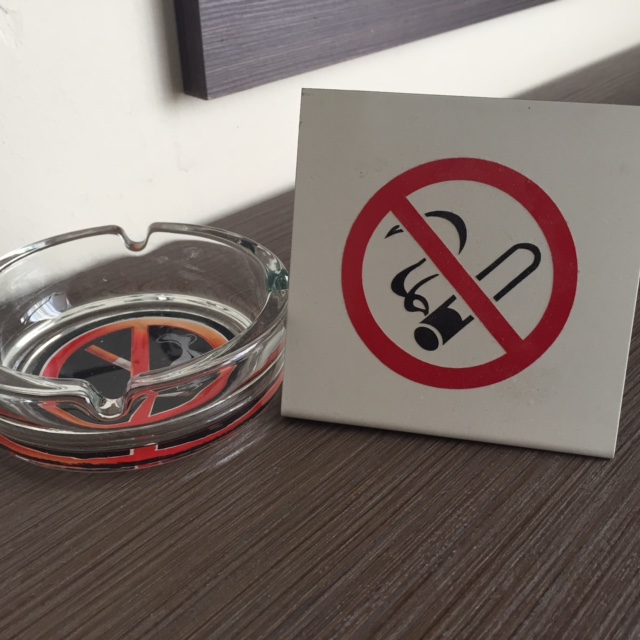 On November 7 2017, Judith Butler helped organize a conference in São Paulo, Brazil. Although the title of the conference was “The Ends of Democracy,” and thus had nothing to do with the topic of transgender, a crowd of right-wing protesters gathered outside the venue where they burned an effigy of Butler while shouting “Queimem a bruxa!” (Portuguese for “Burn the witch!”). This weird incident is the last in a long series of proofs that sexual difference is today politicized in two complementary ways: the transgender »fluidification« of gender identities and the neoconservative backlash.

The famous description of the capitalist dynamics in The Communist Manifesto should be supplemeted by the fact that global capitalism makes also sexual “one-sidedness and narrow-mindedness become more and more impossible.” Similarly, in the domain of sexual practices “all that is solid melts into air, all that is holy is profaned.” Capitalism thus tends to replace the standard normative heterosexuality with a proliferation of unstable shifting identities and/or orientations. As I’ve already argued before, today’s celebration of “minorities” and “marginals” is the predominant majority position, and even alt-rightists who complain about the terror of liberal Political Correctness present themselves as protectors of an endangered minority. Or, take those critics of patriarchy who attack it as if it were still a hegemonic position, ignoring what Marx and Engels wrote more than 150 years ago, in the first chapter of The Communist Manifesto: “The bourgeoisie, wherever it has got the upper hand, has put an end to all feudal, patriarchal, idyllic relations.” These words are still ignored by those Leftist cultural theorists who focus their critique on patriarchal ideology and practice.

So what should we do with regard to this tension? Shall we limit ourselves to supporting the transgender fluidification of identities while remaining critical of its limitations? There is a third way of contesting the traditional form of gender identities exploding now: women massively coming out about male sexual violence. All the features of the mediatic coverage of this event should not distract us from what is really going on: nothing less than an epochal change, a great awakening, a new chapter in the history of equality. Thousands of years of how relations between the sexes were regulated and arranged are questioned and undermined. And the protesting part is now not a LGBT+ minority but a majority: women. What is coming out is nothing new. It is something we (vaguely, at least) knew all the time and just were not able (willing, ready…) to address in the open: hundreds of ways of exploiting women sexually. Women are now bringing out the dark underside of our official claims of equality and mutual respect, and what we are discovering is, among other things, how hypocritical and one-sided our fashionable critique of women’s oppression in Muslim countries was (and still is). We have to confront our own reality of oppression and exploitation.

As in every revolutionary upheaval, there will be numerous “injustices,” ironies, etc. For example, I doubt that Louis CK’s acts, deplorable and lewd as they are, could be put on the same level as direct sexual violence. But, again, all this should not distract us; we should rather focus on the problems that lie ahead. Although some countries are already approaching a new post-patriarchal sexual culture (look at Island where two thirds of children are born out of a wedlock and where women occupy more posts in public power institutions than men), one of the key tasks is to explore what we are gaining and losing in this upheaval of our inherited courtship procedures.

First, new rules will have to be established so that we avoid a sterile culture of fear and uncertainty. Some intelligent feminists noted long ago that if we try to imagine a wholly Politically Correct courtship, we get uncannily close to a formal market contract. The problem is that sexuality, power, and violence are much more intimately intertwined than we may expect it, so that elements of what is considered brutality can be sexualized, i.e., libidinally invested. After all, sadism and masochism are forms of sexual activity. Sexuality purified of violence and power games can well end up getting desexualized.

The next task is to make sure that the ongoing explosion would not remain limited to the public life of the rich-and-famous but would trickle down and penetrate daily lives of the millions of ordinary “invisible” individuals.

And the last (but not least) point is to explore how to link this awakening to the ongoing political and economic struggles, i.e., how to prevent it from being appropriated by Western liberal ideology (and practice) as yet another way to reassert their priority. Remember how many of the accused, beginning with Harvey Weinstein, reacted by publicly proclaiming that they would seek help in therapy – a disgusting gesture if there ever was one! Their acts were not cases of private pathology; they were expressions of the predominant masculine ideology and power structures, and it is the latter that should be changed.

At approximately the same time as the Harvey Weinstein scandals began to roll, Paradise Papers were published. And is the basic lesson of their disclosure not the simple fact that the ultra-rich live in their special zones where they are not bound by common laws? Micah White summarizes this lesson in two points:

“First, the people everywhere, regardless of whether they live in Russia or America, are being oppressed by the same minuscule social circle of wealthy elites who unduly control our governments, corporations, universities and culture. /…/ there is a global plutocracy who employ the same handful of companies to hide their money and share more in common with each other than with the citizens of their countries. This sets the stage for a global social movement. / Second, and most importantly, these leaks indicate that our earth has bifurcated into two separate and unequal worlds: one inhabited by 200,000 ultra high-net-worth individuals and the other by the 7 billion left behind.”

We didn’t really learn anything new here, as we have been vaguely aware of it for a long time. What is new is not simply that our vague suspicions are now confirmed by precise data, but a change in what, following Hegel, one should call the public customs, Sitten, which now seem to tolerate much less corruption. One should not idealize this new situation: a fight against corruption can be easily appropriated by conservative anti-liberal forces whose long-standing motto is “too much democracy brings corruption.” A new space is nonetheless opened up: demanding of the rich and powerful to obey the laws can be subversive insofar as the system cannot really afford it, i.e., insofar as tax havens and other forms of illegal financial activities are a deeply engrained part of global capitalism.

The first step in this direction is to wonder why nobody demanded that people stop listening to the songs of U2 and Bono (the great humanitarian, always ready to help the poor in Africa) or of Shakira because of the way they avoided paying taxes and thus cheated public authorities of large sums of money. Or that the British royal family should get less public money because they parked part of their wealth in tax oases… Yet, the fact that Luis CK showed his penis to some ladies instantly ruined his career. Isn’t this a new version of Brecht’s old motto “What is robbing a bank compared to founding a bank?”? Cheating with big money is tolerable while showing your penis to a couple of persons makes you an instant outcast.[i]

One has to make an effort so that this awakening would not turn into just another case where political legitimization is based on the subject’s victimhood status. Is the basic characteristic of today’s subjectivity not the weird combination of the free subject who experienced itself as ultimately responsible for its fate and the subject who grounds the authority of its speech on its status of a victim of circumstances beyond its control? Every contact with another human being is experienced as a potential threat: if others smoke, if they cast a covetous glance at me, they already hurt me. This logic of victimization is today universalized, reaching well beyond the standard cases of sexual or racist harassment. Recall the growing financial industry of paying damage claims, from the tobacco industry deal in the USA and the financial claims of the Holocaust victims and forced laborers in the Nazi Germany up to the idea that the USA should pay African-Americans hundreds of billions of dollars for all they were deprived of due to their past slavery. This notion of the subject as an irresponsible victim involves the extreme Narcissistic perspective from which every encounter with the Other appears as a potential threat to the subject’s precarious imaginary balance. As such, it is not the opposite, but, rather, the inherent supplement of the liberal free subject. In today’s predominant form of individuality, the self-centered assertion of the psychological subject paradoxically overlaps with the perception of oneself as a victim of circumstances.

In a hotel in Skopje where I recently stayed, my companion inquired if smoking is permitted in our room. The answer she got from the reception person was unique: “Of course not, it is prohibited by the law. But you have ashtrays in the room, so this is not a problem.” This was not the end of our surprises: when we entered the room, there was effectively a glass ashtray on the table, and on its bottom there was an image painted, a cigarette over which there was a large circle with a diagonal line across it designating prohibition. So it was not the usual game one encounters in tolerant hotels where they whisper to you discreetly that, though it is officially prohibited, you can do it carefully, standing by an open window or something like that. The contradiction (between prohibition and permission) was openly assumed and thereby cancelled, treated as inexistent. That is, the message was: “It’s prohibited, and here it is how you do it.”

And, back to the ongoing awakening: the danger is that, in a homologous way, the ideology of personal freedom would be effortlessly combined with the logic of victimhood, with freedom silently reduced to the freedom to bring out one’s victimhood. Such a development would render superfluous a radical emancipatory politicization of the awakening, making women’s fight one in a series of fights against global capitalism and ecological threats, for a different democracy, against racism, and so forth

[i] I owe this point to Jela Krečič.

A Sense of Upheaval

Read More
A Sense of Upheaval