Brad Evans is a political philosopher, critical theorist and writer, whose work specialises on the problem of violence. The author of some fifteen books and edited volumes, along with over one hundred academic and media articles, he serves as Professor of Political Violence & Aesthetics at the University of Bath, UK. Having led a dedicated series on violence for the New York Times (the Stone), he is currently the lead editor for the Histories of Violence section with The Los Angeles Review of Books. He also continues to direct the online resources centre www.historiesofviolence.com. Among his latest books include ”The Quarantine Files” (The Los Angeles Review of Books Press, 2019); "The Atrocity Exhibition: Life in an Age of Total Violence" (The Los Angeles Review of Books Press, 2019); "Violence: Humans in Dark Times" (with Natasha Lennard, Citylights, 2018); "Histories of Violence: Post-War Critical Thought" (with Terrell Carver, Zed Books, 2017); "Portraits of Violence: An Illustrated History of Radical Thinking" (with Sean Michael Wilson, New Internationalist, 2016); "Disposable Futures: The Seduction of Violence in the Age of the Spectacle" (with Henry Giroux, Citylights: 2015), "Resilient Life: The Art of Living Dangerously" (with Julian Reid, Polity Press, 2014), "Liberal Terror" (Polity Press, 2013), and "Deleuze & Fascism: Security - War - Aesthetics" (with Julian Reid, Routledge, 2013). Brad is currently working on a number of book projects, including "Ecce Humanitas: Beholding the Pain of Humanity" (Columbia University Press, 2021).
Latest Posts | By Brad Evans

The Age of the Dislocated Spectacle

We live in the age of the dislocated spectacle. As the procession of death carrying forth the body of the deceased Queen passed by, all hands were held aloft in …
END_OF_DOCUMENT_TOKEN_TO_BE_REPLACED

Beautiful Chaos: The Passion of Maradona

The Moment of Moments

The setting couldn’t have been more vibrant. The Estadio Azteca was a cacophony of sound and colour. It was filled to capacity as 114,000 expectant souls …
END_OF_DOCUMENT_TOKEN_TO_BE_REPLACED 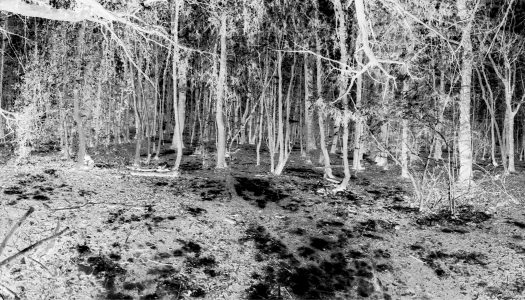 The Sickness of Reason

There was a sickness out there. And it struck us down with silence. Even when people were in close proximity, their voices were notably quieter. It was like the world …
END_OF_DOCUMENT_TOKEN_TO_BE_REPLACED