JUST THE NUMBERS are terrible. More Americans have been killed by a gun since 1970 than in all the wars America has fought since the American Revolution: roughly 1.5 million versus 1.4 million. On average 32,000 individuals are killed by gun each year, and in 2015 there was on average one mass shooting (a shooting involving four or more persons) a day.

The National Rifle Association’s (NRA) relentless rejection of every gun control measure, including the proposal — supported by the vast majority of NRA members — of requiring background checks prior to the purchase of a gun, concerns more than the good of public safety versus the profits of the gun industry. At stake is whether America is about to break the great civilizational contract with its basic tenet that, in place of each individual judging and executing the law himself, we agree to hand over to the state a monopoly over the use of force. Whatever the failures of the modern state, and they abound, and whatever the excruciating failures of the American criminal justice system, the idea of the state possessing a monopoly over the use of force represents both the modern state’s moral core and its enduring civilizational achievement.

The notion of a state monopoly over the use of force had its initial outing in John Locke’s arguments for the state’s right to punish. For Locke, the major inconvenience of the state of nature was that each man was entitled to be judge, jury, and executioner in his own case. Hence, leaving the state of nature entailed handing over the right of punishment to a central government. One might argue that the state’s right to punish is weaker than the thesis that the state should have a monopoly over the use force. But what legitimate use of force might remain after the right to punish has been centralized?

It is, oddly and surprisingly, in Hans Kelsen’s positivist legal philosophy that we catch the fiercest defense of the state having a monopoly over the use of force. In his 1944 Peace Through Law, Kelsen states that it is “an essential characteristic of the law as a coercive order to establish a community monopoly of force” since without such a monopoly individuals would be entitled to use force based solely on their private judgment. He then goes on to state that the “modern state is the most perfect type of a social order establishing a community monopoly of force. Its perfection is due to the centralization of the employment of force… Within the state, pacification of inter-individual relations—that is, national peace—is attained in the highest degree.” He completes this elaboration thus: “Except under certain extraordinary circumstances, such as revolution or civil war, the employment of force is eliminated from the relations between citizens and reserved for central agencies…that are authorized to use force as sanctions against illegal acts.”

Kelsen is aware that peace through law is both less than justice and not quite ideal: the long history of slavery, marital rape, domestic abuse, police interrogation methods, and brutal prison regimes all represent areas of tolerated violence against the person. Nonetheless, it is his claim that the very idea of a legal-state, a state under law, the absolute minimum conception of a modern state involves a monopoly over the legitimate use of force. Force, he argues, is either a delict, a wrong, or a sanction for a wrong; the idea of force being either delict or sanction must be exhaustive if the threat of force is going to be removed for ordinary social interactions. To give up on that idea is to give up on the notion of a legal order altogether, to relinquish the hope that we might secure mutual trust among the vast majority of law-abiding citizens by having reasonable confidence that there is a system of protection against criminal activity and that when such activity occurs those responsible will be apprehended and punished, with each act of punishment involving a mix of retribution, deterrence, and collective expression.

Yet, tacitly in the NRA’s opposition to all proposals for gun control, tacitly in the suggestion that it is the right of every citizen to keep and bear arms, and explicitly in the statements of Republican candidates for presidency that the best solution to gun violence is for all citizens to be armed, this minimum conception of the modern state has come under direct threat. I am unsure when, precisely, our national conversation about gun control shifted from a debate about the meaning of the Second Amendment to, in effect, a debate about whether or not we are committed to the civilizational contract prohibiting punitive self-help. But my sense is that the conversation has now shifted, that, through small concessions and failures of collective action, it has become about something more like the shape and limits of a self-policing society than one about the right of gun ownership in a society where there remains a state monopoly on the use of force.

Of course, there is more than a hint of anxiety about state monopoly over the use of force in the Second Amendment. But even the most vociferous defense of that amendment understood it not as a challenge to the state monopoly over the use of force, but as a component of the right to self-defense. That wedge, the needs of self-defense, has become a wrecking ball, and we should have seen it coming. If the NRA were serious about self-defense but not about abandoning the civilization contract, then there would be no reason for them to resist background checks, making combat weapons and high caliber arms illegal, or, clearly the most promising proposal around, the development of guns that require PIN numbers or fingerprint activation devices. That all these propositions are repudiated as a threat to gun ownership should alert us to what the stakes of the conversation now are.

I hope it is obvious that peace is a great civil good, and that a form of life in which peace is central to its self-conception involves the deepest respect for the freedom and bodily integrity of each and every citizen. Whatever other goods are necessary for a worthwhile life and whatever other rights we require as citizens, we minimally require, in Kelsen’s words, “mutual conduct” in which all “refrain from forcibly depriving one another of life, health, freedom, or property.” Such is the condition of peace made possible by a state monopoly over force: “Law and force must not be understood as absolutely at variance with each other. Law is an organization of force.” To be committed to law in this sense is to be committed to a form of life. It is just this form of life that is under immanent threat in America today.

J.M. Bernstein is University Distinguished Professor of Philosophy at the New School for Social Research. His research has focused on Critical Theory, aesthetics, and ethics. Among his books are: Adorno: Disenchantment and Ethics (2002); Against Voluptuous Bodies: Late Modernism and the Meaning of Painting (2006); and, recently published, Torture and Dignity: An Essay on Moral Injury (2015). 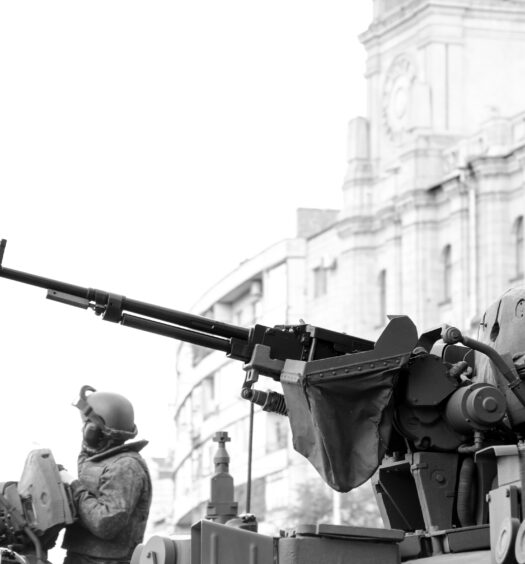