Political currents around the world have witnessed the rise of white nationalists who fear they are being replaced and express a desire to leave a world in which their children will have a place, exemplified by the chant of “you will not replace us” heard in Charlottesville. This fear deserves serious consideration. Contributing to one’s culture is one of the most fundamental ways we strive to leave a legacy for ourselves and attain a modicum of immortality. It is worth asking, then, what fear of replacement comes to and whether ethnic nationalism is an effective response.

There is a straightforward sense in which all of us will be replaced; it’s the nature of human mortality that we die, and new generations take our jobs and homes. One rarely finds rallies lamenting this fact (though some in Silicon Valley have their own protest projects in this area). But it is significant that we do not, typically, think of this as replacement. Instead, for the most part, we tend to think that being replaced in this way is a good thing; the continued existence of future generations is something most of us very much care about.

In his recent Death and the Afterlife, Samuel Scheffler examines this concern by imagining what he calls the Doomsday Scenario. He asks us to imagine that 30 days after our death a meteor will strike the Earth, killing everyone on the planet. How, Scheffler asks, would such knowledge affect our projects? It would be difficult for us to find much motivation to pursue multi-generational projects—he suggests cancer research as an example. We may also lose motivation to pursue the kinds of projects that involve contributing to an ongoing tradition, like educating a new generation of rabbinical scholars, since we know the tradition will soon end. We might even find ourselves unlikely to engage in the sorts of projects for which we imagine a future audience, such as artistic endeavors. What this shows, in Scheffler’s view, is that we see being replaced by future generations not as a terrifying fate, but rather as an important background condition for caring about many, if not most, of the things we do care about. It is not genuine replacement, or at least not the replacement many worry about, precisely because it allows one’s culture to persevere through future generations.

This, then, is hardly what the angry protesters are concerned about. But now let’s compare the Doomsday Scenario with what I’ll call the Replacement Scenario. Imagine that soon after your death, members of your culture are infected with a deadly disease which quickly kills the vast majority of the population. Next, the bereft survivors are killed or displaced, able to hold on to only shreds of what they formerly had. Their land is quickly commandeered by vast numbers of individuals from distant cultures, who have little interest in any of your cultural achievements, your religious beliefs, or your language. In other words, imagine that your culture is faced by, roughly, what happened to the original occupants of the Americas after 1492.

Is this scenario all that different from the Doomsday Scenario? If we consider Scheffler’s suggestions about what sorts of activities might be undermined by the former, I doubt it. Why care about cultural accomplishment, pursuit of goals, or maintenance of traditions if you know all of these will be wiped away by invaders? I suspect that white nationalists may have something like this in mind, and that’s why they worry that this imaginary future is devaluing their projects now. This is why they feel they are under attack in the present. But no real-life demographics could allow a nearly instantaneous replacement of white Christians in the U.S., and the scenario they envision is a bit different.

Imagine the Replacement Scenario happening not in a matter of years, but centuries. The members of your culture do not suddenly die of disease, but of old age. No instantaneous invasion from foreign shores overtakes their land. Rather, members of other cultures slowly trickle in, setting up shop side-by-side with you, slowly setting up their own cultural institutions, often continuing to speak their own language, bringing with them their own religions, myths, and cultural heroes (in reality, of course, they have been there all along, many arriving long before your ancestors). They adapt as necessary to your norms, but also hold on to some of theirs. They permeate your cultural institutions with various levels of success. They even manage to get classes about their cultures, their religions, their myths, and their accomplishments into your educational institutions. And in the end, they may replace you, in the sense that their projects edge out your projects, their children outnumber your children, and their cultures dominate your culture.

This scenario, which we might call the American Scenario, differs from the Replacement Scenario in many ways that make hysteria inappropriate. It is different, most importantly, because it allows those who claim to care about “white culture” and who profess concern that it is disappearing ways out of the predicament that the Replacement Scenario does not offer.

There are two options. The first is to reject the American Scenario, either by hiding in fear of others, behind the specious security of walls and falsehoods, or else to force security through violence, in a ploy to defend one’s culture from outsiders that will almost certainly fail. Given the likely consequences, well-known from history, to treat the American Scenario’s threat as equivalent to that of the Replacement Scenario in this way is a mistake when a better option is available.

The solution is the very thing the white nationalist most strongly opposes, because the ethic of multiculturalism he feels has been foisted on him is precisely the answer to his problem. If you aim your projects at the common good, they will not be cast aside by those who benefit from them. If you incorporate the traditions of others into your traditions, they will not be rejected. And if you welcome others into your spaces, their children will not replace yours, because their children will be your children. When we hear fear of replacement, what we hear are the cries of those who feel their culture cannot adapt. And in this feeling they express most of all a denial of their own humanity, as beings not merely stamped by culture but creators of it as well. The ethnic nationalist does not feel that he can contribute anything to humanity. He believes he has no culture, no religion, and no community of his own, but only the one that has been left to him, and thus he sees himself as its guardian rather than its possessor and transformer. Because he is convinced he has nothing to offer the world, that his identity has been fully laid out for him in advance, he stresses the one thing about himself he mistakenly thinks to be impermeable to outside influence and within the full scope of his control: his genes. He sees his role—and especially the role of women—as limited to that of reproduction, the most significant creative act of our species that can be performed with no exercise of humanity.

But genes can matter only if cultures place value on them, and cultures can continue to bestow value on anything only if they are robust and adaptable enough to change with changing circumstances. If we assume that a key function of culture is to bind individuals to each other so as to allow them to adapt to changing conditions, then a stagnant culture is a failure. Nor can a culture be genuinely stagnant, as cultures are carried forward by individuals who cannot but tweak them. If they fail to take ownership of their role in changing culture and bind themselves too strongly to the past, their culture will be replaced by a more adaptable one. The best way to avoid replacement, then, is to identify oneself with a culture open enough and robust enough to survive transformation by the influx of other cultures. Only by joining humanity can one hope to avoid being replaced.

Roman Altshuler is the author of several articles on death, narrative identity, action theory, and free will, and is interested in what Existentialism can contribute to these existential themes. He is Assistant Professor of Philosophy at Kutztown University and co-editor of Time and the Philosophy of Action (Routledge, 2016), which examines one of his key interests: the way time structures our agency. 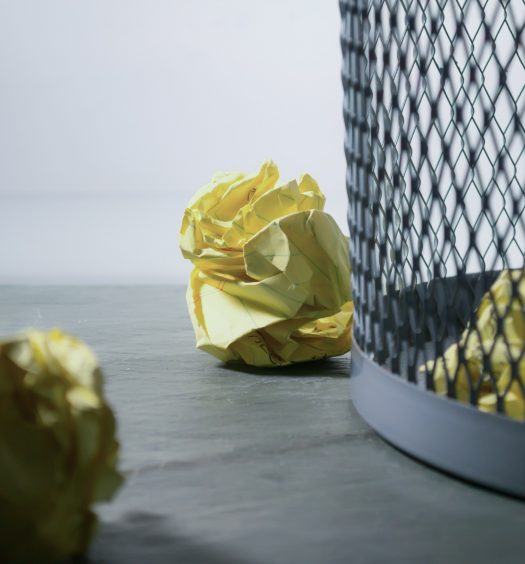