Texts and Tweets: On the Rules of the Game

Texts and Tweets: On the Rules of the Game

Why is there Twitter? One generic answer concerns SMS protocol: Twitter takes text messages (including the 140-character limit designed three decades ago by Friedrich Hillebrand to permit cell carriers to communicate with users) and shares these with “the World.”

The personal answer concerns the others around us. That’s why it’s called social media. One needs to seem connected for the sake of others: prestige = popularity = status. This hasn’t changed since kindergarten and one has to be popular to be popular. It also helps that we prefer texting to phone calls, prolonging each little conversational hit by breaking it down into bite size bits, each of them communicated with a little buzz, a little jolt. Our brains like it.

And by being on Twitter we feed ourselves texts when no one else does.

When I text I know the message has gone through to the recipient: “delivered,” says the little screen. Thus when I receive a text I know I have to respond. This urgency matters between family and friends planning to connect but in an erotic relationship it’s crucial and timing makes or breaks an affair. It will not do to answer too slowly and neither can one be too quick. One’s expectations must be in sync: lovers need no delays. Yet a failure to hold tension in the right measure risks spinning off into the weird and one-sided silence that is “ghosting” in which one party, the still “live” partner, haunted by the other’s persistent non-responsiveness and knowing that the text was received, attempts to raise the ghostly dead.

The result is a constant and edgy, persistently enduring sense of breathless connectivity.

And it turns out there are rules.

These rules exist in two varieties. There are so called pick up artist (PUA) rules of seduction written by and for men (one title is The Game) and rules written for women to help them get married and to do so in some kind of immediate temporal order. Rather obviously called The Rules, a bestselling example was written by two women to remind their peers of the sort of thing their mothers and aunts and grandmothers had for years been communicating to them — the sort of thing that tended to be ditched in the wake of the sexual revolution as the authors judged this to incite the need for the writing down of these well-aged “rules.”

What moved young women (including not so young women) to think they might have been able to dispense with the old rules was the simple notion, really, just a fantasy, that there had been a successful women’s movement. Gloria Steinem lives, Shulamith Firestone had lived, Simone de Beauvoir too, and nothing these authors (certainly not Germaine Greer nor Andrea Dworkin nor even, despite her law degree, Catherine MacKinnon) had written is supposed to require any attention. No one wants, as Billy Joel once sung in a paean to self-indulgence, to work that hard. Nothing cautionary, nothing complex. As feminism also included the right of women to desire, including the putative right of women to approach the men they liked and to call them too (how uppity) if they cared to do so, it seemed, quite logically, to extend to texting just as one pleased. Twitter too.

The only problem was that doing any of these things had disastrous results in practice. I don’t have space to go into the dismal consequences of trying this on Twitter.

It wasn’t that sexual connections initiated might not be forthcoming (whether those connections would be worth having is a whole other article unto itself). The problem was the follow-up question, expressed in various ways on the covers of almost every women’s magazine for the last half century: “Why won’t he call?”

The Rules ladies had an answer, but it wasn’t a pretty one. One could get married but it wouldn’t be a marriage of one’s dreams, nor would it be a marriage between equals, and perhaps above all, it would not be a sharing of hearts and minds.

Still one would be married.

You see, the thing about the rules is that they work — provided you can be flexible about your standards (a guy is a guy is a guy: don’t be picky) and flexible about what counts as a marriage. In addition to the devil of the details just noted, the other drawback of the rules is that they take work. Very specific work and neither is one free to vary the technique. But the biggest drawback is that following the rules doesn’t deliver what (one thought) one wanted.

The Rules are thus rules for reminding female readers of what will be required of them and not of the men. Ladies who date, online and otherwise, on Tinder, on Bumble, what have you, are told to lower their standards (don’t judge) along with their voices (men scare easily) and their conversational input (talk less and above all talk about him, praise him), to restrain their own desire for connection (don’t call), and above all not to expect their wishes during a date to be fulfilled (don’t push, don’t order too much, don’t complain).

The handbooks written with seemingly affine intentions from the other side of the table as it were, are gaming guidelines for self-described “pick up artists,” that is men seeking to “conquer” the ladies, often described in vulgar terms. Some of these books are, somewhat counter-intuitively, garnered under the rubric of “men’s rights” (as if these “rights” were in doubt or somehow or somewhere under attack).

The difference between the PUA technical guides and The Rules for the ladies is that the end of the game for the men is pretty much a sexual connection. There are no rule books for men that tell them how they might manage to get married. For “real” men, distinguished as players, only certain gals are desired and no standards need be lowered: the whole idea is to judge, push the fear button, the shock button and via programing, and a lot more manipulation than even the Rules authors could imagine, the game involves techniques for success, meaning sexual conquest designated by variously gamified names, and then for moving on (hence, the almost automatic association with rape culture).

So: why do we bother with a relationship via The Game or The Rules? And who needs a real person with all their inconveniences? Why not have robots? Well, just for one answer, the ones that exist are not much beyond silicon versions of cheap inflatable sex dolls for men. And the robots for women turn out to be silicon versions of the same kind of sex dolls — for men.

What texting gives us, ideally, is a friend just as we would have that friend be a friend.

Even better than that, Twitter gives us the sense of a community there for us when we want it, as we want it. No demands, no surprises we can’t “block,” our “followers” are there to be summoned up as we like when we like: gone when we don’t. 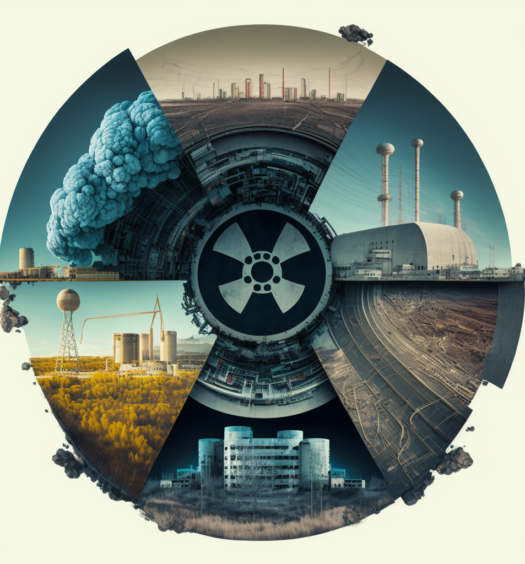 Russian Nuclear Eschatology: Pathologies on the Ruins of Modernity

The Vice of Humanism: Abandoning Academic Philosophy in a Third-World Count...

Read More
The Vice of Humanism: Abandoning Academic Philosophy in a Third-World Country