Who’s Afraid of the Postfactual?

Who’s Afraid of the Postfactual?

Kellyanne Conway, the advisor to President Donald Trump, must be credited for having coined a new philosophical concept: that of “alternative facts”. When confronted with the episode in which White House press Secretary Sean Spicer had grossly misstated the figures concerning the people present at the presidential inauguration, Conway disputed that Spicer had been wrong, minting in passing an expression which has since entered the lexicon: One must grant the possibility, Conway pleaded, of something like “alternative facts.” The episode is telling, as it confirms that an obscurantist backlash takes place in the very name of tolerance and the hospitable accommodation of plural opinions. Contrary to what Nietzsche saw as the coming “bacchanal of free spirits,” a pluralism of perspectives seems to pave the ground for regressive politics (not by accident, at a rally in Nevada in February 2016, Donald Trump outspokenly confessed preferring “the poorly educated”).

At large, conspiracy theories are making a great comeback, with the rise of creationism, vaccine hostility or climate denial, and what is significant, is that this time, they wield the banner of emancipation from imposed narratives. No one has ever invoked as often the need for pluralism as the advocates of “alternative truth;” no one has ever called more vociferously for democratic freedom of speech than xenophobic isolationists. While high US government officials discuss the need to introduce creationist teachings in school curricula, and governmentally funded agencies for climate research are shut down on the pretense that climate change predictions are not uncontroversial, the effects of this shift are palpable. History becomes a welcome reservoir for weighing in on the present, e.g. when conservative media pundits such as Glenn Beck or evangelical activists such as David Warton claim that the Founding Fathers had already proven evolutionary theory wrong (according to them, Thomas Jefferson supposedly rejected the arguments in Darwin’s Origin of Species, although the book was in fact published 33 years after his death). But this rewriting of history is not an American prerogative: Rio de Janeiro’s current mayor thinks that Darwinism is a lie and that evolutionary theory should be replaced with creationism, on the grounds of freedom of speech; and in Turkey, the official position does not recognize the genocidal killing of 1.5 mio. Armenians, under the guise that no nation should have the right to impose a hegemonic narrative of the past and that alternative accounts should be possible.

In the face of such symptoms, it may seem natural wanting to defend the facts. In the light of Donald Trump’s allegation that global warming is a Chinese hoax in order to make U.S. manufacturing non-competitive or Education Ministers who claim that the world was created 6000 years ago, we seem to have good reasons for upholding something such as the existence of objectivity. Indeed, such barefaced disregard for things as they are has stirred numerous reactions: many public and private actors are increasingly worried about the effects of the post-factual on epistemological and ethical issues, and try to find conceptual means to fight back. With this whitewashing of mendacity, sales figures of George Orwell’s dystopian novel 1984 are skyrocketing, while to this alleged “crisis of truth,” global tech players such as Facebook are already responding through the implementation of algorithmic filters for spotting fake news. On the intellectual front, the main reaction was to designate the assumed culprits: relativism and the driving force supposedly working in its back: postmodernism. The postmodern credo, so the critique goes, has its roots in Nietzsche’s aphorism in Truth and Lie in an Extramoral Sense, according to which “there are no facts, only interpretations.” No doubt, the boundless interpretationism that proliferated on such grounds has been detrimental to contemporary thinking. Moreover, as often noted, such a statement is self-defeating. As any general relativist statement, it must also include itself, which would mean that the fact that there are only interpretations is itself subject to interpretation. Yet the opposite claim – that of factualism – is equally unfounded.

The preferred case of factualists is that of Pharaoh Ramses’s II death. According to a famous reading Bruno Latour put forward, Ramses II could not have died of tuberculosis, as Egyptologists believe, because the tbc bacillus was only discovered by Pasteur in 1881. In his book Who’s Afraid of Truth? Paul Boghossian mocks this as an exemplary case for the wrongdoings of constructivism and relativism. Yet this caricature misses out that Latour’s point was not to make any claim about causes of death, but about the categories of knowledge and the history of its truth conditions. What does it mean for a bacteria to “exist”? The very notion of “existence” must be problematized.

At this point, some philosophers will say that we must draw a distinction between facts (which are unalterable by definition), and interpretations (which are subject to social conventions). The case can easily be exemplified by recalling the debate between John Searle and Hilary Lawson. In a way, Searle repeats what Apple CEO Tim Cook had replied to Kellyanne Conway: there are no “alternative facts;” there are only – at best – alternative interpretations. To Searle, an epistemological sense has to be distinguished from an ontological sense, where “epistemological” has to do with the knowledge of a fact and “ontological” has to do with the existence of a fact. The top of the Everest is covered with snow even if no one knows about it, and in this sense, ontology precedes epistemology. Moreover, we must distinguish ontological facts and the statements about them: one might disagree whether Rembrandt is the greatest painter who ever lived, but there are no objective grounds to disagree that Rembrandt was born in 1606.

This is where Hilary Lawson has made valuable objections. To Lawson, the very distinction into epistemology and ontology is problematic. To what extent can ontology claim to be immune from the epistemological concerns? The very claim of ontological objectivity for the statement ‘Rembrandt was born in 1606’ rests on a tight web of social references. Depending on the social convention, different calendars will be used (Chinese, Gregorian, Julian, Islamic and so forth) and each will provide a variety of dates for Rembrandt’s birth (just as it would absurd to claim that according to “objective truth,” the Soviet October revolution took place in November, which it did according to the Gregorian calendar). Similarly, a statement such as “Rembrandt was born” is also not straightforward, since an art historian might very well argue that the individual that was to become Rembrandt was indeed born in 1606, but the great artist we know as Rembrandt was not born until at least the 1630’s. In the same vein, one might imagine a culture theorist beginning a lecture saying “Rembrandt was born along with the first cave paintings some 35000 years ago.”

As it becomes clear, there is a certain range of alternative dates that compete for truth. A factualist will then have to distinguish between literal and metaphorical truths, in order to exclude competing claims and retain something like “core” facts. However, the very distinction between core and derived truths is itself the result of a social practice. But first and foremost, Lawson contends the appeal to common sense: statements such as “Rembrandt was born in 1606,” “Paris is the capital of France” or “these are my hands” are only superficially obvious, and are de facto persuasive because they are embedded in a tight web of social conventions. In other terms, the appeal to common sense may be just as populist as the politics a certain strand of realism want to contest. Disconnecting ontology from epistemology and reverting to a situation of separation such as we knew it from pre-Kantian philosophy is, to say the least, a move that is far from innocent.

No doubt, relativism is self-contradictory. If relativism is just one among many other possible opinions one may hold, why should we have any reason to accept it rather than its negation? Also, rather than fostering openness, relativism muzzles critique and leads to regression. Under the disguise of stressing interdependence, relativism actually promotes hegemony: the “anything goes” gives free floor to the principle that might is right. Yet, from this double rejection of relativism, no necessary need for factualism follows, if we mean by factualism the existence of a reality made of facts that would be thoroughly independent from our relationship to it. It is another demonstration of the poverty of critique today when intellectuals and philosophers see their main role in fighting back post-truth and defending hard facts.

For long, it was the conservative right that rejected any notion of alternativity. After all, wasn’t Margaret Thatcher’s politics in the 1980’s based on the so-called TINA principle (“There Is No Alternative”)? By now, cards seem to have been completely reshuffled. Whereas the “what if…” question had been historically preempted by progressive politics, now it been taken over by conspiracy theories. Some might remember the X-Files series from the 1990’s, with its iconic agents Scully and Mulder. Every episode always ended with the famous tagline: “The truth is out there.” The “out there” has very little to do with the realist’s credo that reality is what lies out there, right in front of us. Rather, it refers to some kind of alternative truth in some sort of remove and to which someone wants to block us the access to. Since then, this idea towers above current public debates. Just as there are alternative facts, we have witnessed the emergence of ALT-TRUTH, ALT-Reality and more generally, of the ALT-Right. At this very moment, we must reflect whether the counterstrategy was effective. Rather than trying to defend the existence of indisputable facts, it is the skyjacking of the very idea of “alternativity” that should be vigorously contested. Against the heralds of “alternative facts,” but also against the nostalgia for some sort of univocal, solid reality made of uncontroversial facts, true alternatives must be defended. Only where things could truly be different can we hope for social as well as for epistemic progress.

Emmanuel Alloa is Research Leader in Philosophy at the University of St. Gallen and teaches Aesthetics at the University of Paris 8. He is the author of various book and numerous articles at the intersection of continental philosophy, aesthetics and social theory. Among his recent publications: Resistance of the Sensible World. An Introduction to Merleau-Ponty (New York: Fordham UP 2017). 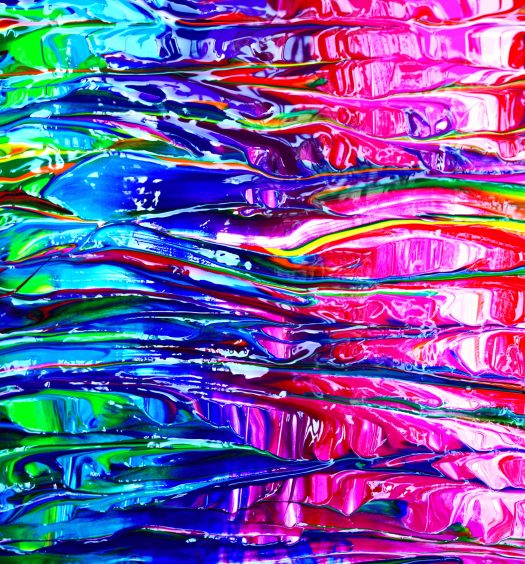