Why Trump Is Still Here

By Linda Martín Alcoff  •  6 years ago

Why Trump Is Still Here

WHY HAS TRUMP, or Cruz, for that matter, made such a strong showing in the presidential election? This question has been debated for months, by journalists, by social scientists, all the way from Fox News to MSNBC. Beyond all the pundits’ predictions of a quick nosedive, and an easy transition toward other candidates who represent what passes for Republican moderation these days, the race-baiting, carpet bomb-promising, avowedly Islamophobic extremists on the ticket had staying power, even rising to the top. Why?

The problem is what has come to be called ‘the epistemology of ignorance.’ This is the idea that an individual, or more likely, a group or community or society, can develop mechanisms to protect and maintain and pass down to the next generation their colossal ignorance. Ignorance about their own country’s history, about their economic prospects, and about the environment in which they live, including both the social and the natural ones.

The idea here, which has been picked up by numerous philosophers working in epistemology (the theory of knowledge) in recent decades, goes beyond a lack of knowledge. It’s not just that folks are not knowledgeable. It is that their lack of knowledge is the product of some concerted effort, a conscious choice or, in actuality, a series of choices. Certain news articles, or news sources, are avoided, certain college courses are kept away from, certain kinds of people are never asked for their opinion on the news of the day. The boundaries of the bubble of ignorance are monitored, protected, even nurtured as a positive good.

In other words, the resultant ignorance about the history of Islam, or the real effects of carpet bombing, or the high prevalence of rape in every society is not the product of a lack of effort, but of a sustained effort. And it is an effort that has become more rather than less difficult since the civil rights movement led to a greater integration of our public institutions, media, universities, and workplaces. Yet, it is an effort that continues to pay dividends.

In particular, ethnic studies programs have been under attack, banned in some states’ secondary education, zero budgeted by colleges, kept off the lists of required curricula. Officials in Arizona went so far as to enter high school classrooms to confiscate textbooks. These are the very books and courses that might correct the ignorance. And white students who have the temerity to sign up anyway sometimes have their tuition paying parents asking, why are you wasting our money?

Of course, there is widespread ignorance among most all of the populations in the United States. Comedians (many of them white) have continually enriched their careers from skits involving real people offering dismally uninformed answers to questions about global geography, the political institutions and histories of nations outside the U.S., and other matters. To some extent, the ignorance is nation-wide, not race-specific. But here is where the immigrants living amongst us have an advantage: they at least know something about the areas of the world from whence they came. African Americans have the ‘advantage’ of painful family histories, not to mention painful family experiences in the present day. As do Native Americans, Asian Americans and Latinos. These groups don’t live in bubbles in which racism and the legacies of slavery, genocide, and colonialism are only vaguely visible through light filtering shades.

The real answer to Trump’s staying power is the conscious perpetuation and protection of these layers of ignorance in white populations by individuals and too often by institutions and the mainstream media.

Political scientists are well aware of these trends, including those in the business of consulting on electoral politics to help people get elected or to help with tricky bond issues. How do you get a largely white electoral district to vote for non-white candidates? Or to support an increase in taxes for the purpose of improving urban schools or saving urban hospitals? An ingenious answer has been found that actually works: avoidance.

By carefully crafting candidate’s profiles and the wording of proposals on municipal bonds in such a way that race will not come to mind, that voters will not view tax proposals as racial redistributions, voters can actually be led to vote their true preferences for the candidate they take to be the most qualified or the bond issue they believe is legitimately necessary. The bubble does not get burst, and those inside can stay safe and secure, yet their impact on those outside the bubble can be mitigated. This strategy has worked, and produced real results. It’s brilliant.

However, it is a colossal mistake. White people have a right to their own opinions and judgments, but they do not have a right to their ignorance. We have got to stop playing the avoidance game, the practice of avoiding topics at the family gathering that might trigger an outburst from the bigoted Uncle. The result of this game is that Donald J. Trump is leading in the polls.

Bernie Sanders provides an instructive counterexample. When activists from Black Lives Matter presumptively attacked him from the floor of one of his stump speeches last summer; he let them speak. He invited them for further conversations. He hired them into his campaign, not just to knock on doors, but to help lead strategy and develop agenda. He sat down for a five hour videotaped interview with Killer Mike, the brilliant Hip Hop artist and cultural analyst, filmed in Mike’s barbershop in Atlanta. In other words, Sanders admitted there were things he didn’t know, and he sought knowledge from the people who did. This is a true political revolution.

Linda Martín Alcoff, Professor of Philosophy at the City University of New York, and author of, among other books, The Future of Whiteness, Polity Press, 2015, where these and related matters are more thoroughly discussed. For more info go to www.alcoff.com.

The Failure of the French Intelligentsia? Intellectuals and Uprisings in th...

Read More
The Failure of the French Intelligentsia? Intellectuals and Uprisings in the Case of the Yellow Vests 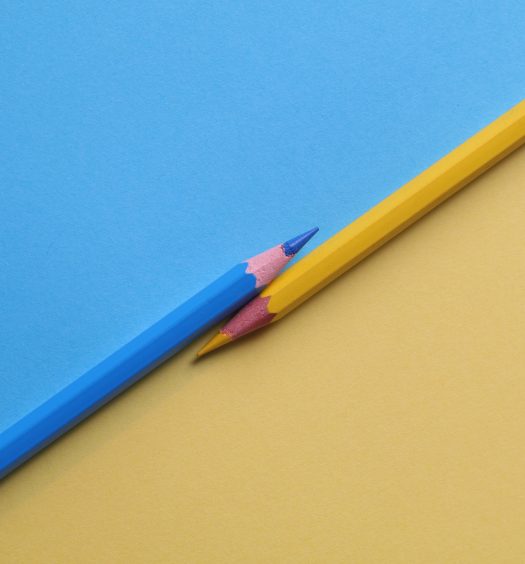